FOX Business’ Cheryl Casone with more on Ben & Jerry’s teaming up with Netflix to create a new ice cream flavor.

The new flavor called Boots on the Moooo’n is inspired by the upcoming Netflix comedy “Space Force” with Steve Carrell, which follows his character Mark R. Naird and his team of scientists tasked with getting American boots on the moon. The Netflix original series debuts Friday. 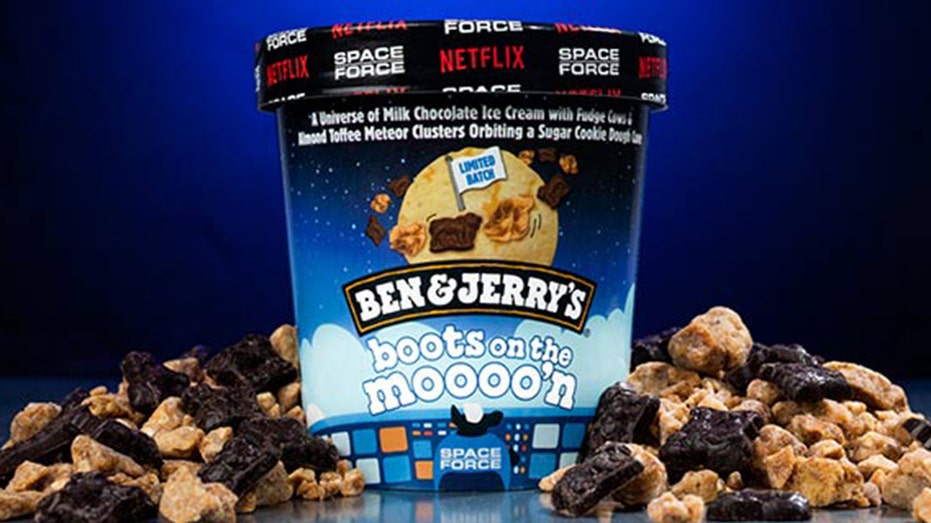 Boots on the Moooo’n features milk chocolate ice cream with fudge and toffee clusters “orbiting a sugar cookie dough core,” according to the Ben & Jerry’s.

"While 'Space Force' works to get boots (back) on the moon, this cosmic concoction will launch your dreams into orbit," reads Ben & Jerry's description of the new flavor on its website.

CLICK HERE TO GET FOX BUSINESS ON THE GO

The pints go on sale Friday in tandem with the show’s launch for a suggested retail price of $4.99.

CLICK HERE TO GET FOX BUSINESS ON THE GO