Contrary to popular belief (and its $2 billion worldwide box-office gross), Avengers: End Game was not the real start of the summer movie season. That Goliath was kind of like a tulip sticking out of the ground after a thaw. Now we’re in the weeds, baby. From this moment until mid-August, a slew of heavy hitters — plus a few well-regarded indie gems — are coming your way. Very soon, you’ll know how Beyoncé fared singing Lion King classics, if Jennifer Lawrence is done with X-Men movies for good and why Awkwafina already has Oscar buzz. All right, enough rambling. Here are the 20 brightest and best picks. See you indoors.

The Sun is Also a Star

The Story: A quantum physics student (Yara Shahidi) meets a smitten South Korean poet (Charles Melton) in New York City and quickly falls for him over the course of an afternoon. The only problem is that her family faces deportation back to Jamaica in the morning.
The Buzz: This film is based on Nicola Yoon’s 2016 novel, a National Book Award Finalist. Now let’s see if this Gen Z spin on Before Sunset-meets-Serendipity can shine brightly the big screen. After the success of YA adaptations Love, Simon and The Hate U Give, the bar is high.

In theaters Friday, May 17

The Story: Actually, this is more of a live-action Tale of the Arabian Nights. Street rat Aladdin (Mena Massoud) embarks on a magical adventure — complete with a magic carpet ride — after he finds a lamp and releases its wish-granting genie (Will Smith).
The Buzz: Not quite a whole new world, but audiences that grew up watching the 1992 animated classic on a loop might have to adjust seeing Smith go blue in the iconic Robin Williams role. At least the music is intact, plus a few new numbers to boot.

In theaters Friday, May 24

The Buzz: Star Taron Egerton (The Kingsman) impressively provides his own vocals, singing 20 John classics such as “Your Song” and “Don’t Let the Sun Go Down on Me.” But don’t call it a straightforward biopic: Per the filmmakers, this is a musical fantasy complete with characters breaking into song and John floating into air while performing “Crocodile Rock.” I’ve already seen 20 minutes of footage; trust me, it works.

Godzilla: King of the Monsters

The Story: The members of crypto-zoological agency Monarch face off against a battery of monsters — including the monster of the hour. Kyle Chandler, Vera Farmiga, Millie Bobbie Brown star.
The Buzz: In case you’re keeping track — and some people do! — this is the sequel to 2014’s Godzilla. And because size matters, now we get Godzilla and his evil three-headed nemesis. All that drama means we’re not getting tongue-in-cheek escapism a la Kong: Skull Island. But psst … Put your money on Chandler. 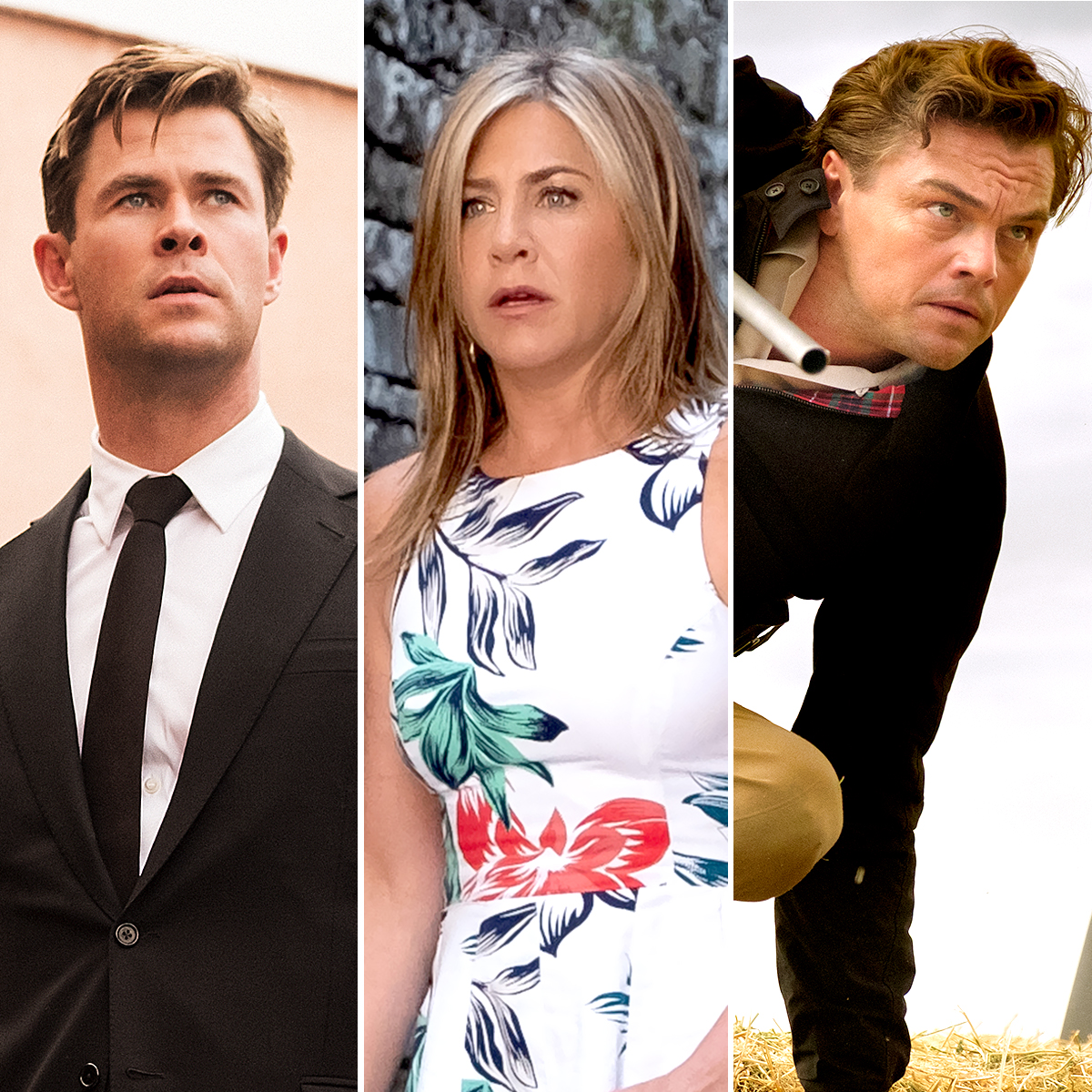 Always Be My Maybe

The Story: A mega-successful chef (Ali Wong) and a down-on-his-luck musician Marcus (Randall Park) — who also happen to be estranged ex-childhood pals — have a run-in in their San Francisco hometown. Will the sparks fly? Put it this way: Do fireworks go off on the Fourth of July?
The Buzz: This is the sweetest and smartest of the recent Netflix romcom-aissance. It’s also the most savagely funny, courtesy of acid-tongued pop culture riffs from the appealing Fresh Off the Boat stars (who also co-wrote the screenplay). Enjoy.

In theaters on Wednesday, May 29; available to stream on Netflix on Friday, May 31

The Story: Octavia Spencer stars as a loner who lets a teen (Diana Silver) and her pals hang out and party in her basement. She insists they call her “Ma.” Then the hospitality act goes terribly, thrillingly awry.
The Buzz: Spencer has done it all since winning her Oscar for The Help, but this is first foray into a Jason Blum-produced psychological horror flick. It’s also one of the few purely original pics of the summer — so we don’t know how the nightmare ends.

The Story: In 1992, nearly a decade after the events of X-Men: Apocalypse, the heroes go on increasingly risky missions to save the world. When a solar flare hits them in space, mutant Jean Grey (Sophie Turner) loses control and unleashes the Phoenix.
The Buzz: The 12th and purportedly final installment of the old-school X-Men franchise also features regulars Lawrence (Mystique), James McAvoy (Professor X), Michael Fassbender (Magneto) and Nicholas Hoult (Beast) as well as newbie Jessica Chastain an alien shapeshifter. Despite some behind-the-scenes troubles — its original release date was March 2018 — that cast is other-worldly.

The Story: In a bid to smooth over diversity concerns, a veteran late-night talk show host (Emma Thompson) hires a wildly inexperienced female (Mindy Kaling) for her writing staff. They learn from each other.
The Buzz: Kaling also wrote this hilarious comedy, which had a rapturous reception at the Sundance Film Festival back in January. Amid all the laughs, she also delivers pointed takes on gender, race, age, sex, workplace politics and showbiz. Applause sign.

The Story: C U L8TR, Agents J and K. Now Agent H (Chris Hemsworth) and Agent M (Tessa Thompson) are battling the aliens hiding in plain sight on Earth — and a mole in the MIB organization.
The Buzz: If you’re gonna reboot a stale franchise — did Men in Black III actually exist in 2012 or did someone wipe our memories with a neuralyzer? — then you might as well stick in two cool stars. As evidenced in Thor: Ragnarok, Hemsworth and Thompson both know how to do action comedy in style.

The Story: Adam Sandler and Jennifer Aniston play a long-married couple who somehow find themselves embroiled in a whodunit during a European vacation.
The Buzz: Sandler and Aniston also paired up in the pretty dreadful Just Go With It back in 2011. There’s nowhere to go but up! Besides, the comedy vets are so watchable that they’re practically the reason why Netflix also serves as comfort food.

Available to stream on Netflix on Friday, June 14

The Story: Woody (Tom Hanks), Buzz (Tim Allen) and the rest of the gang are forced to deal with the new makeshift toy Forky (Veep’s Tony Hale). When their new owner Bonnie and her family go on a road trip, Forky escapes and Woody goes off to save him. While separated from his friends, Woody has an existential crisis. Keanu Reeves, Jordan Peele and Christina Hendricks provide voices for her new characters.
The Buzz: Lots of it, and not just in Lightyear form. This is the most beloved franchise in Pixar history, and we’ve have been clamoring for more since Toy Story 3 left us crying a puddle of tears back in 2007. We’re ready for lots of heart … and beyond.

The Story: After a freak global black-out, a struggling musician (newcomer Himesh Patel) discovers that he’s the only human on Earth to have heard of the Beatles or their classic songs. He soon begins to pass off the Fab Four’s unparalleled work as his own and becomes a global sensation.
The Buzz: The musical fantasy recently premiered to a standing ovation at the Tribeca Film Festival. All you need is love — and some old-fashioned suspension of disbelief — to cheer for this feel-great rouser.

The Story: Can’t a superhero teen who disappeared for five years get a little peace and quiet overseas? While Peter Parker (Tom Holland) is on vacay in Europe, Nick Fury (Samuel L. Jackson) turns up and asks him for help. Jake Gyllenhaal plays the intriguing villain Mysterio.
The Buzz: After the epic three-hour drama that was Avengers: End Game, this playful Marvel adventure should be just the fizzy tonic we need. Hopefully we’ll get more of Zendaya’s MJ this time.

The Story: An embattled NYPD detective (Chadwick Boseman) is thrust into a citywide manhunt for a pair of cop killers after uncovering a massive conspiracy. As the night unfolds, lines become blurred.
The Buzz: Everyone showed up for Boseman’s last starring effort — a little gem called Black Panther. Now he gets his chance to make his mark in a much grittier drama.

The Story: Billi (Awkwafina) is devastated to learn to that her beloved Grandmother only has a short time left to live. But her family doesn’t want the family matriarch to know about devastating diagnosis, so they go to China under the false pretense of an impromptu wedding to say farewell.
The Buzz: This is not the chatty, outrageous Awkwafina that we know and love from Crazy Rich Asians. She gives an achingly sympathetic performance in this delicate Sundance-approved drama about self-identity. And despite the morbid-sounding set-up, it’s is actually quite joyous. 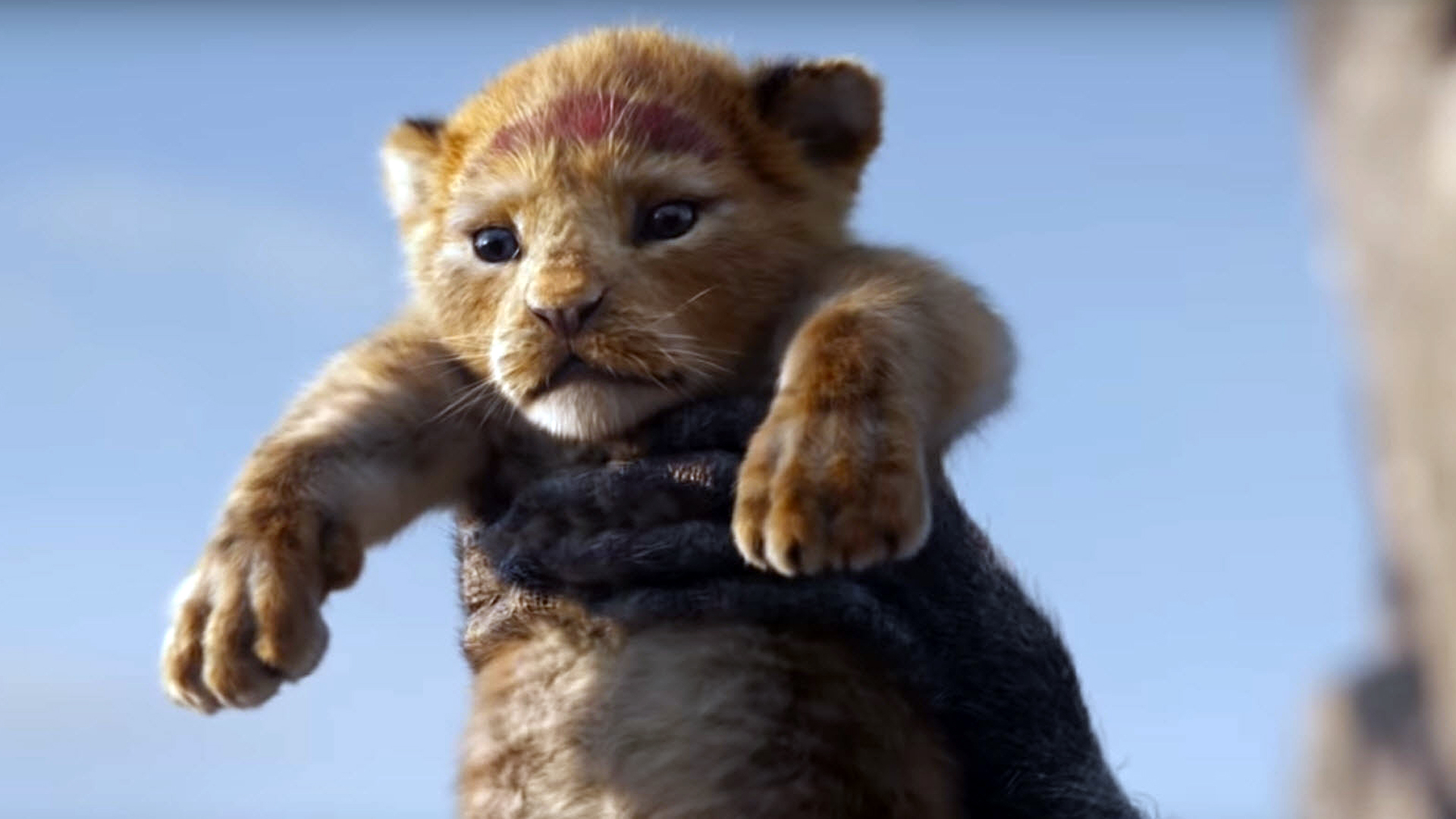 The Story: Mischievous cub Simba (Donald Glover) just can’t wait to be king! His sinister uncle Scar (Chiwetel Ejiofor), however, has other ideas.
The Buzz: You don’t need to complete the circle of life to know that this live-action version of the 1994 groundbreaker — which also features the voices of Beyoncé Knowles-Carter, Billy Eichner, Seth Rogen, and, obvs, James Earl Jones — is poised to rule the box office. Kids will go for the adorable animals and catchy songs; adults will go to recapture their youth and see Eichner and Rogen take on “Hakuna Matata.” (That’s Swahili for “I wish I had Disney stock.”)

Once Upon a Time in Hollywood

The Story: Los Angeles, 1969. Veteran TV star Rick Dalton (Leonardo DiCaprio) — along with his longtime stunt double (Brad Pitt) — try to make a go of it in the movie business. The brutal murder of actress Sharon Tate (Margot Robbie) at the hands of Charles Manson’s cult members also factors into the dense plot.
The Buzz: Say what you will about the Quentin Tarantino oeuvre, but the auteur is a master at crafting highly stylized and provocative journeys that ping-pong around in our brains long after the closing credits. With an intriguing premise and a stacked cast that also includes Al Pacino, Dakota Fanning, James Marsden, Lena Dunham, Timothy Olyphant and the late Luke Perry, there’s no reason to think this won’t be an instant-classic.

The Story: Like it matters, but here goes. Two years after the events of The Fate and the Furious, federal agent Luke Hobbs (Dwayne Johnson) and British mercenary Deckard Shaw (Jason Statham) reluctantly join forces to stop some sort of international cyber terrorist (Idris Elba).
The Buzz: This is the kind of brainless buddy action-comedy that we crave over the summer. And who better to the deliver the goods than that power trio? Gotta love the fact that The Fast & The Furious, originally marketed back in 2001 as a serious drama, has spun-off into wheel-y good times.

The Story: Though Melissa McCarthy and Tiffany Haddish take the leads, this is not a broad comedy. They play the wives of Irish mobsters circa the 1970s. After the guys are arrested, they take over their illegal activities in New York City’s Hell’s Kitchen neighborhood. Elisabeth Moss costars.
The Buzz: The similarly themed Widows came and went last fall, much to my dismay. It will be interesting to see if audiences latch on to this violence ladies-take-all crime drama. Worth noting that Andrea Berloff, nominated for a Best Original Screenplay Oscar for Straight Outta Compton, writes and directs.

The Story: Cate Blanchett is the titular character in this mystery based on the bestselling novel. Her Bernadette is anxiety ridden and loathes leaving the house. After she disappears, her teen daughter (Emma Nelson) makes it her mission to find her.
The Buzz: No, really, where did Bernadette go?! This Richard Linklater-directed mystery was originally scheduled for release in March. Then execs moved it to a friendlier, less competitive August slot. That’s usually not a supportive sign. Then again, Cate Blanchett.