Billie Eilish advocates for veganism on Thanksgiving as she cradles turkey

Billie Eilish is getting a head start on “new year, new you.”

“Miss me?” she captioned a selfie of the dramatically darker ‘do, after teasing the transformation with a closeup of her brown bangs on Instagram Stories, writing simply, “guess what.”

Her fans and famous followers alike were surprised by the sudden beauty change, with Olivia Rodrigo commenting “omg,” while another commenter added, “THE BLONDE ERA IS OVER ???”

Eilish is no stranger to shocking fans with her style switch-ups. She broke the internet by trading her trademark green roots for the blond dye job in March; her Instagram photo of the look received a record-setting one million likes in six minutes.

The lighter locks were a long time coming, as Eliish said that she wore a Billie Eilish Halloween costume wig to hide her hair during the six-week dyeing process. She later revealed the reason for the color change, which also marked the start of her “Happier Than Ever” album era. 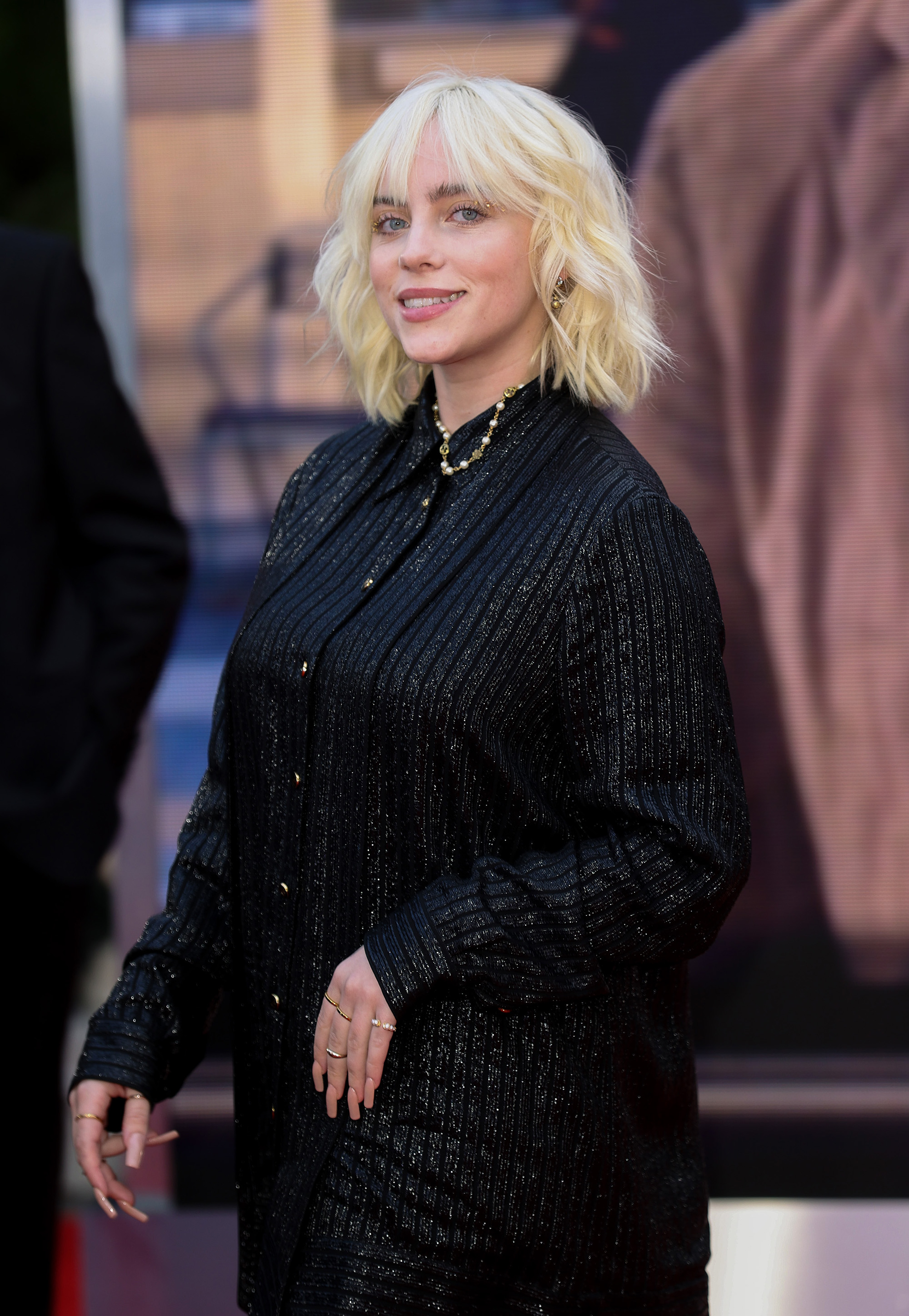 “I couldn’t go anywhere with that hair because it was so obviously me. I wanted anonymity,” she told Elle of going blond and bidding goodbye to her neon roots.

Despite rocking green locks for several years, however, the hair-color chameleon’s also sported shades ranging from blue to purple in the past.

“I had no goal of ‘This is going to make everybody think differently of me,” she added at the time.

“The other day, I posted a video from when I had green hair, and I saw people go, ‘I miss this Billie, the green-haired Billie.’ I’m still the same person. I’m not just different Barbies with different heads.”