‘Black Widow’ killer Linda Calvey, 72, says looking back at the crimes she committed in London’s East End is ‘surreal’ – and claims she ‘wouldn’t even pinch a sweet’ these days

The ‘Black Widow’ killer Linda Calvey has opened up about the crimes she committed in London’s East End – adding that they are very ‘surreal’ to her now.

Linda Calvey, from Ilford in east London, was jailed for 18 years in Holloway Prison, London, over her involvement in the death of her lover, Ronnie Cook – despite protesting her innocence.

It was there that she rubbed shoulders with some of the UK’s most notorious serial killers including Myra Hindley and Rose West.

Now a 72-year-old great-grandmother, Linda, who was given the moniker ‘Black Widow’ because every man she was involved with ended up dead, has taken a look back at her former life, which includes slapping Myra Hindley in prison.

‘I look back and think, ‘Was that really me?’ she said, according to The Daily Star. ‘It’s surreal. It’s like looking back on the life of somebody else, because I can’t imagine how I did do the things I did.’ 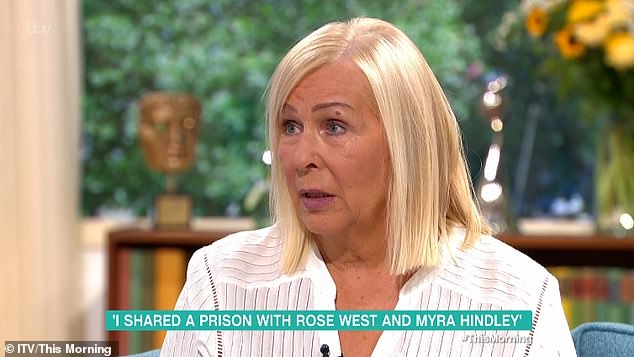 The ‘Black Widow’ killer Linda Calvey, now 72, has opened up about the crimes she committed in London’s East End – adding that they are very ‘surreal’ to her now 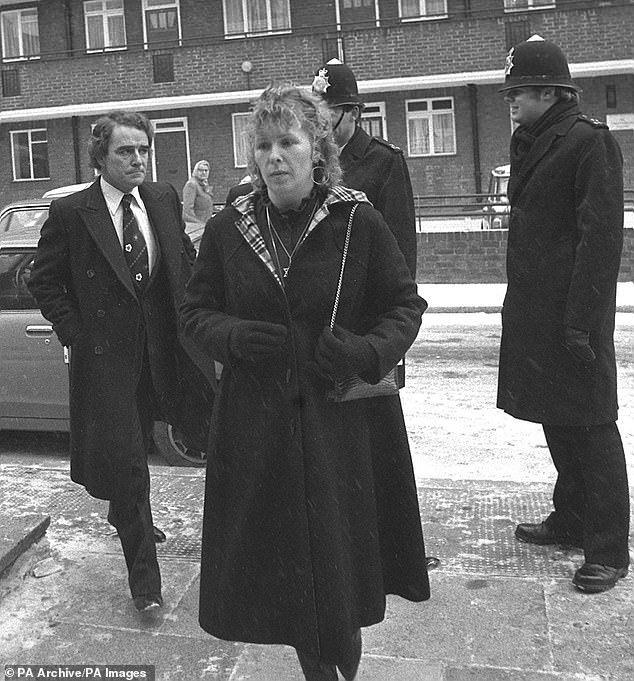 She continued: ‘These days, I wouldn’t even walk into a shop and pinch a sweet, but I used to rob banks and security vans.

‘I was scared about going to prison, but I still did it. We saw getting caught as being part of the job.’

Linda, who was in prison among the likes of Myra Hindley, recalled: ‘The very first time I came face to face with Myra I walked up to her and gave her a slap.

‘I got worried about what I’d done, but I was glad I did it. She was a really horrible person.’

She also went on to say how her reputation as the Black Widow stood her in ‘good stead.’

‘In some weird way I was looked up to, like a mother figure,’ she told the publication. ‘The women in jail wanted me to be their friend. 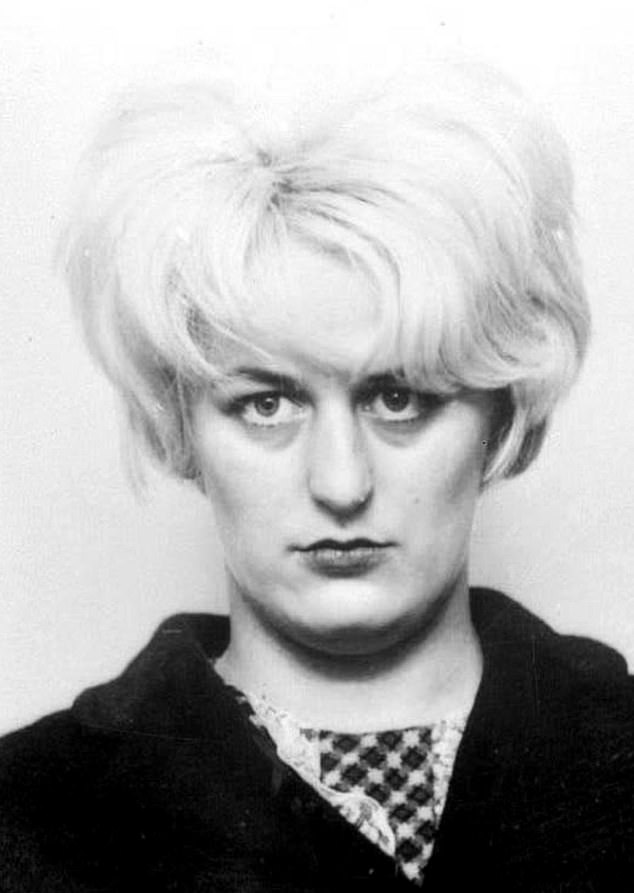 Linda recalled how the very first time she came face to face with Myra (pictured), she walked up to her and ‘gave her a slap’ 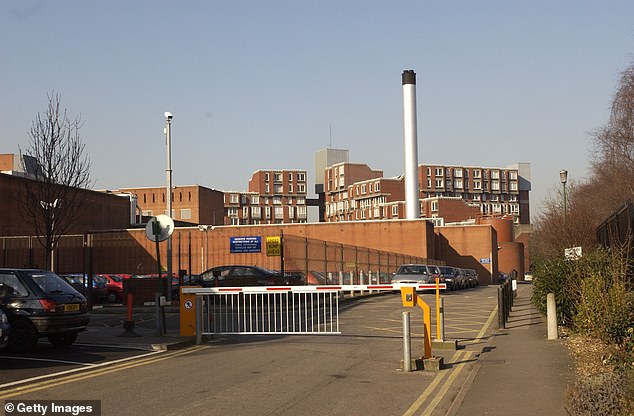 ‘I never experienced bullying personally, and I would step in and stop people doing it to others.’

Linda’s first novel The Locksmith, which tells the story of East End crime matriarch Ruby Murphy, is out this week, and has even won praise from crime writer Martina Cole.

She had two children with her first husband Mikey Calvey.

When he was shot dead by police for his involvement in a robbery that went wrong, Calvey turned to crime herself.

She took part in robberies, her involvement in which getting more and more serious.

Calvey began her criminal career first as lookout, then as a getaway driver and finally donned the balaclava and wielded the shotgun herself.

Calvey had grown up in Ilford, east London, alongside eight siblings.

She had started dating convicted armed robber Mickey Calvey in 1968 following a chance meeting as a teenager.

She had been taken to a party by some of her friends that was to celebrate his release from prison after serving eight years for robbing an M&S security van.

Calvey insists that she only got involved in hard crime after Mickey’s death in 1978 when he was shot by police during an armed raid at a supermarket.

Speaking to the publication, she went on to say that taking over his role in the gang was just a process of ‘natural progression’ – adding that she’d always got on better with men than women.

She started her life of crime as a menacing getaway driver before becoming a gun-toting robber targeting post offices and banks.

Later, she became a leading figure in the underworld, claiming that she was addressed as ‘Lady Boss’ and was dubbed the Queen of the East End underworld.

Calvey is believed to have earned £1million from her armed robberies but claims that she actually stole £100,000 a raid, suggesting the actual earnings are considerably higher.

She was eventually caught and given a seven-year sentence for armed robbery and was forced to leave her two young children behind in the care of her mother.

Linda began a relationship with Ronnie Cook when she was released but Cook was still behind bars.

But he was murdered on the day of his release 18 months later in what was thought to be an attempted robbery gone wrong.

Calvey had described a masked man kicking down the door of her kitchen before shooting Cook in the elbow and head.

Reece was sentenced to life in prison with Linda receiving 18 years which made her Britain’s longest-serving female prisoner for a time.