Boy, 11, wins a place at a prestigious ballet school

The real-life Billy Elliott! Boy, 11, from Durham who has been dancing since the age of five wins a place at The Royal Ballet School in echo of the film fairytale

A boy who began dancing at just five-years-old has been dubbed a real-life Billy Elliott after winning a place at a prestigious dance school.

Toby Horton, from Durham, has secured a three-year residential placement at The Royal Ballet School in London.

The 11-year-old will move to the school’s famous Grade I-listed villa in Richmond Park, where he will receive classical ballet training alongside his regular academic studies.

His achievement echoes the story of Billy Elliott, an award-winning film and musical, which tells the tale of a boy of the same age and also from County Durham, who has a passion for ballet. 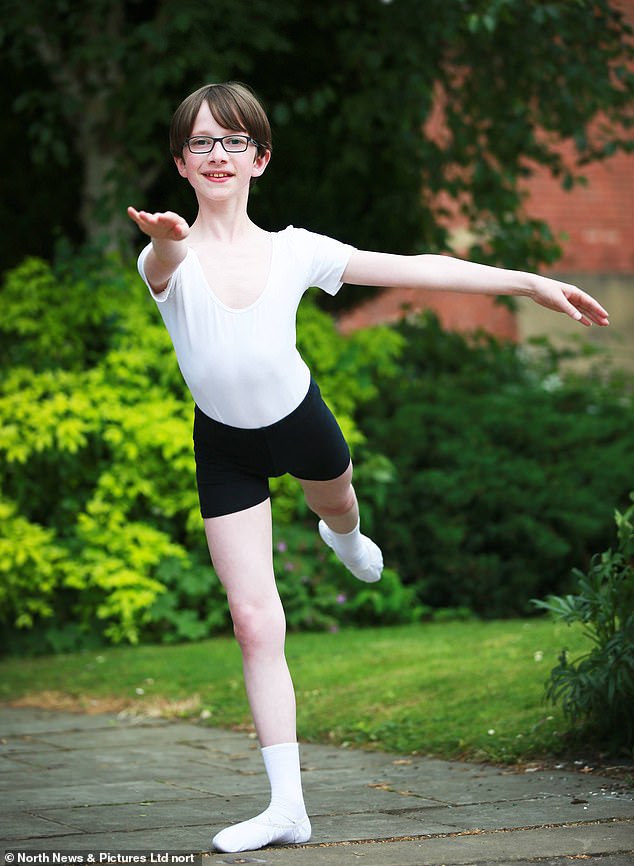 Toby Horton, 11, (pictured) from Durham, who has been dancing since the age of five, has been offered a three-year residential placement at The Royal Ballet School in London

Toby was one of just a small number of boys out of 900 who auditioned to be selected for the school.

But it wasn’t a case of overnight success for the Neville’s Cross Primary School pupil, as he has shown dedication in pursuing his dream and developing his natural dancing talent for six years.

He began dancing at The Polka Dance School, in Durham, aged five.

Teacher Steph Matthews claims she knew straight away that he had the potential to go far.

Steph said: ‘I remember saying to his mam, Janet, she should prepare for something big because there aren’t many children like Toby.

‘He said he wanted to be a ballet dancer or a marionette puppeteer, you don’t hear that often.’ 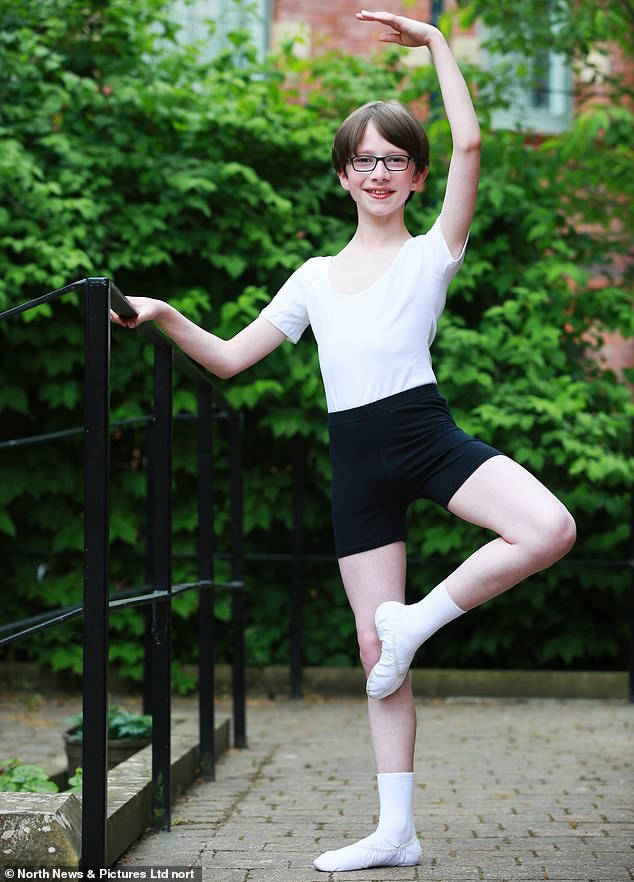 Toby (pictured) was among 900 boys who auditioned to be accepted by the prestigious school, where he will receive classical ballet training alongside his regular academic studies

It took him three years to get a place on weekly sessions in Newcastle, alongside his regular lessons and being an Elmhurst Young Dancer in association with the Birmingham Royal Ballet.

He then applied to study at the Birmingham Royal Ballet and The Royal Ballet School, and was offered a place at each.

Steph continued: ‘To be offered Birmingham was amazing, but then to get a residential at the Royal was incredible – that is very rare, the one every kid wants and really quite special.

‘For the last year his associate training has been online, he had to send in videos to apply until his final audition in person. 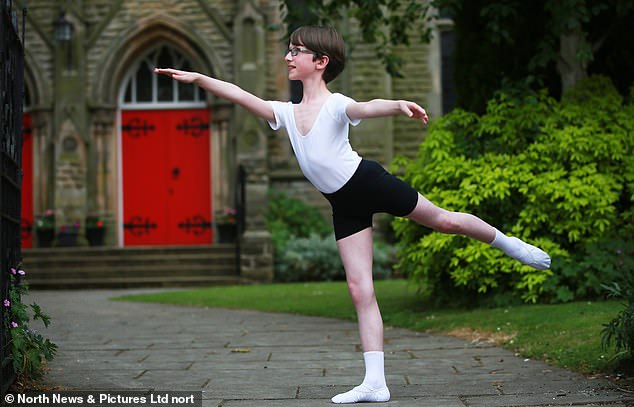 Steph Matthews, who has been teaching Toby (pictured), claims she could see his potential to go far and it’s rare to be accepted at the Royal

‘He has worked so hard and is so talented he absolutely deserves it and I feel like he will go on to do something really special.

‘I’m just thrilled, he’s shown it is possible for a normal kids from a normal family to win such a prestigious opportunity.

‘He’s never been under any pressure, it is all his doing. Ballet is just in him, he knows such much about classical ballet and can tell me all about the music as soon as he hears a piece.

‘He’ll be living in this grand estate, getting incredible training and if all pans out he can have the career he wants in ballet.’ 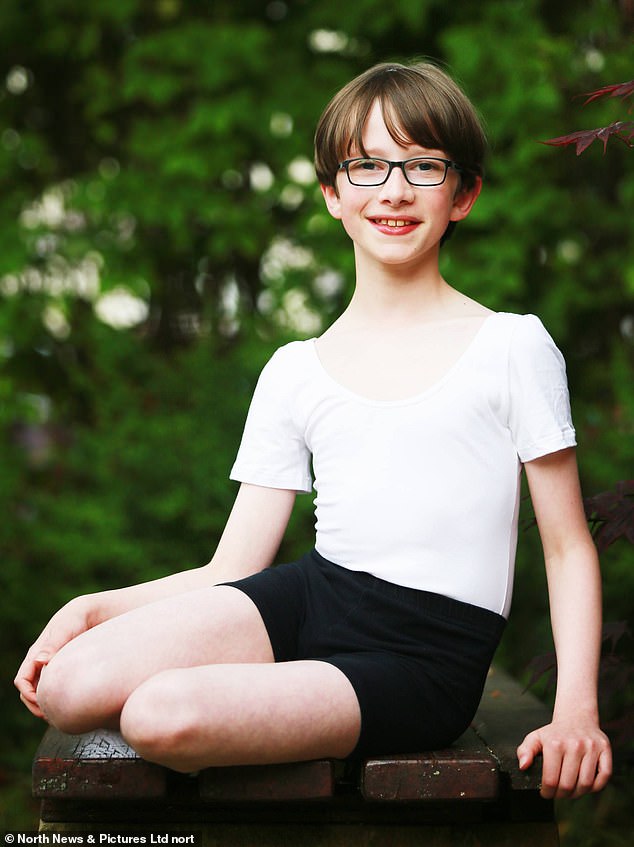