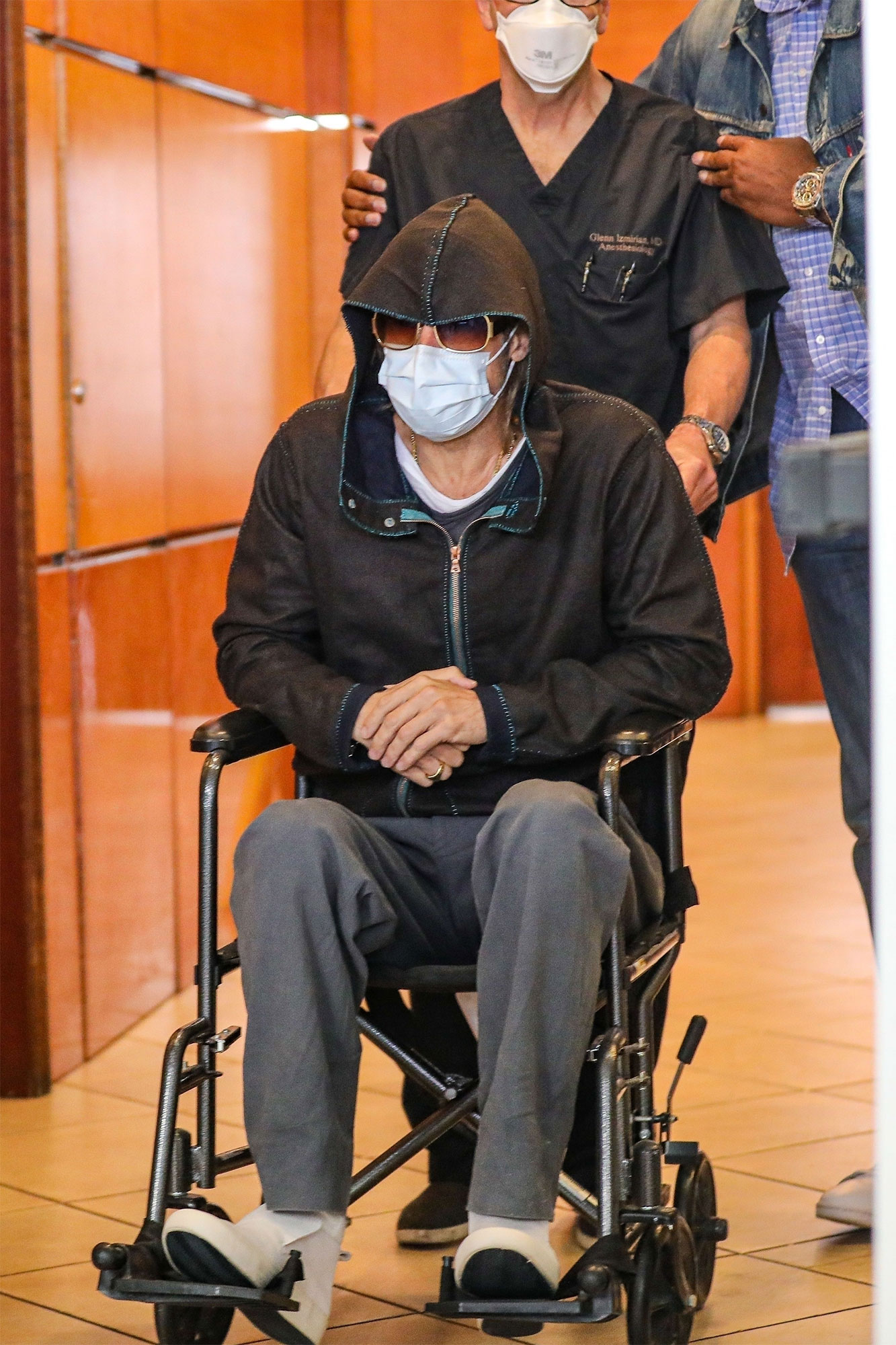 Pitt, 57, was wheeled along by a bodyguard, clad in a black hoodie and grey jeans. The “Once Upon A Time in Hollywood” star sported an oversized pair of sunglasses over his mask, with a set of white sneakers to complete the look. 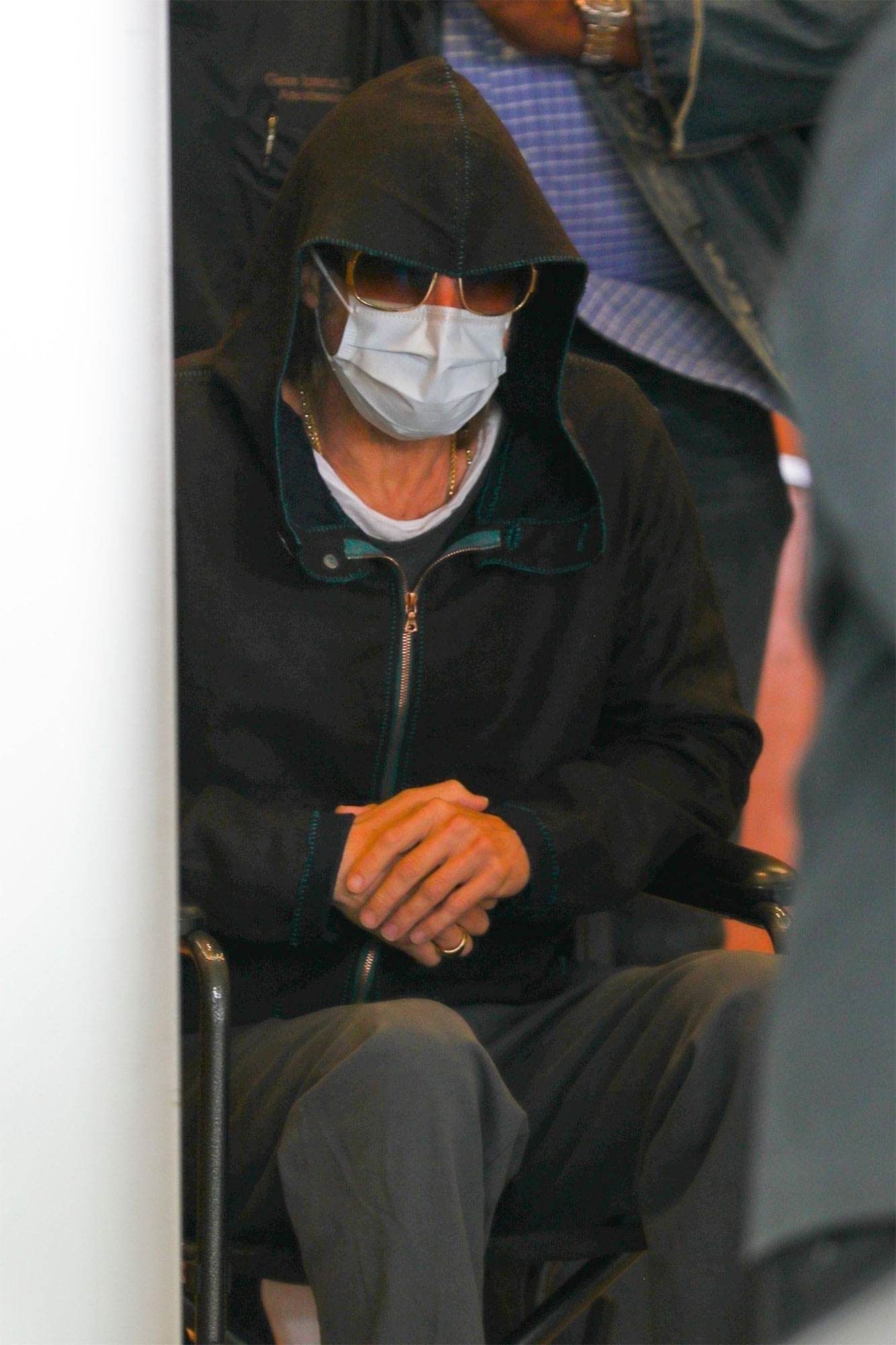 Though this writer is admittedly neither a doctor nor familiar with the inner workings of Brad Pitt’s mouth — if only! — the star was likely confined to the wheelchair per the longstanding policy by hospitals to avoid liability should a patient injure themselves exiting a facility quote-unquote under their own power. 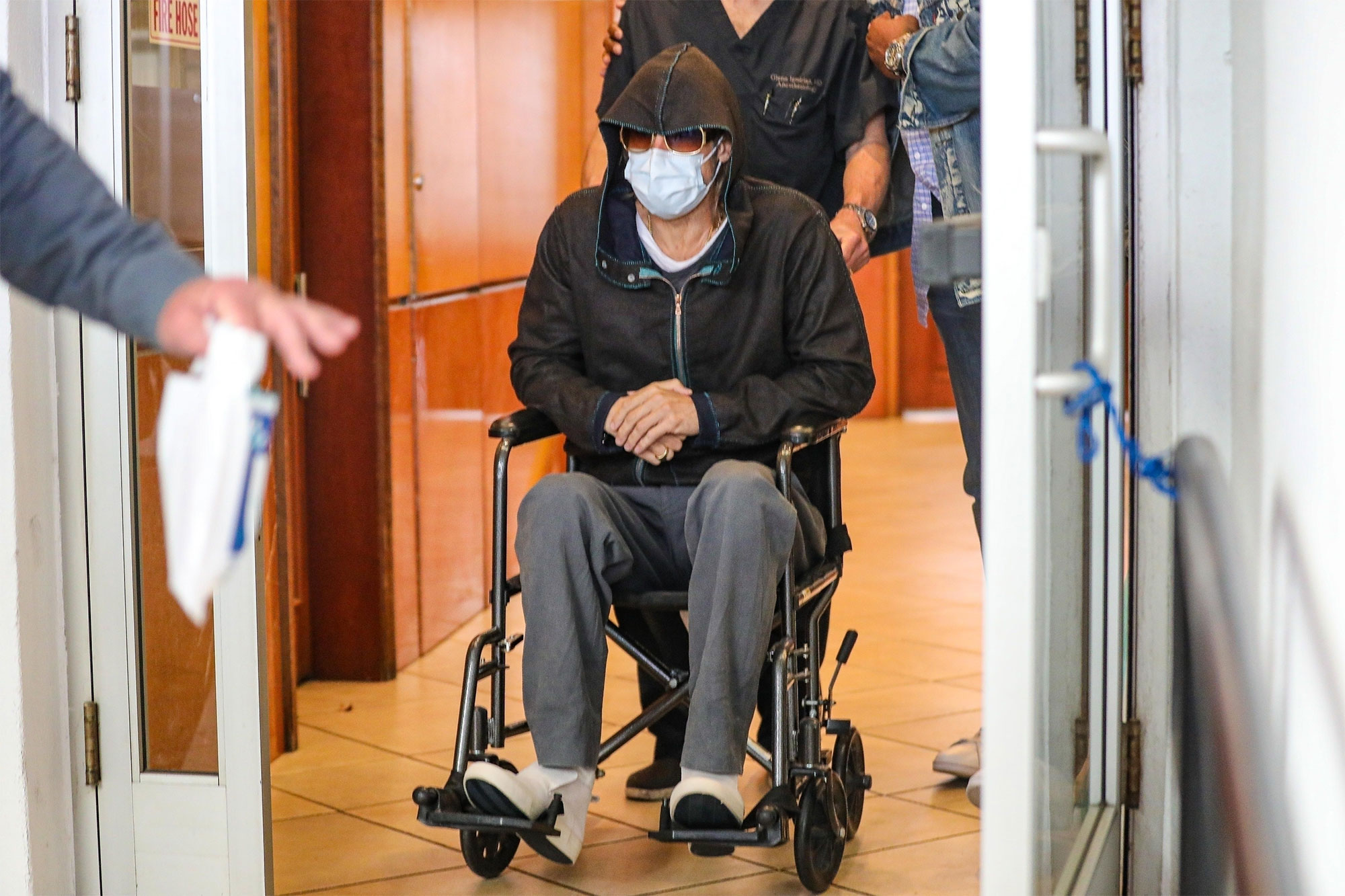 As to what procedure Pitt would have been undergoing, that’s anyone’s guess, though we’d wager he’s probably a little too old to be getting his wisdom teeth out at this point.

Pitt was recently revealed — along with Harrison Ford, Brad Pitt, Halle Berry and Reese Witherspoon, among others — as a member of the ensemble roster the Academy Awards tapped to present at the April 25 ceremony — maybe he was just having an extra-serious tooth cleaning to prepare. 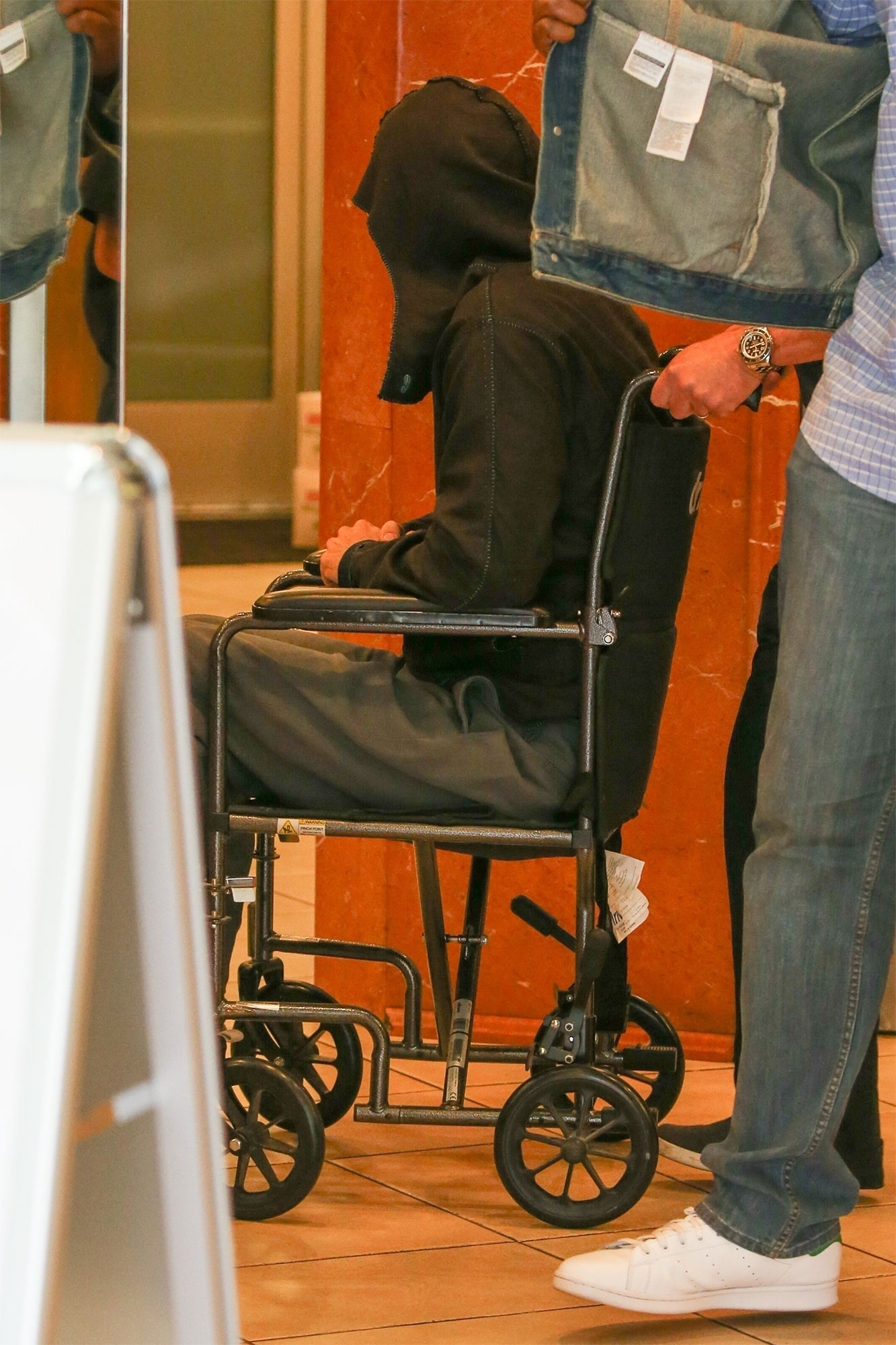 One person who’s definitely no longer on a shortlist of hospital pickup contacts is his ex-wife Angelina Jolie. The couple’s protracted split has progressed into one of Hollywood’s ugliest courtroom battles. 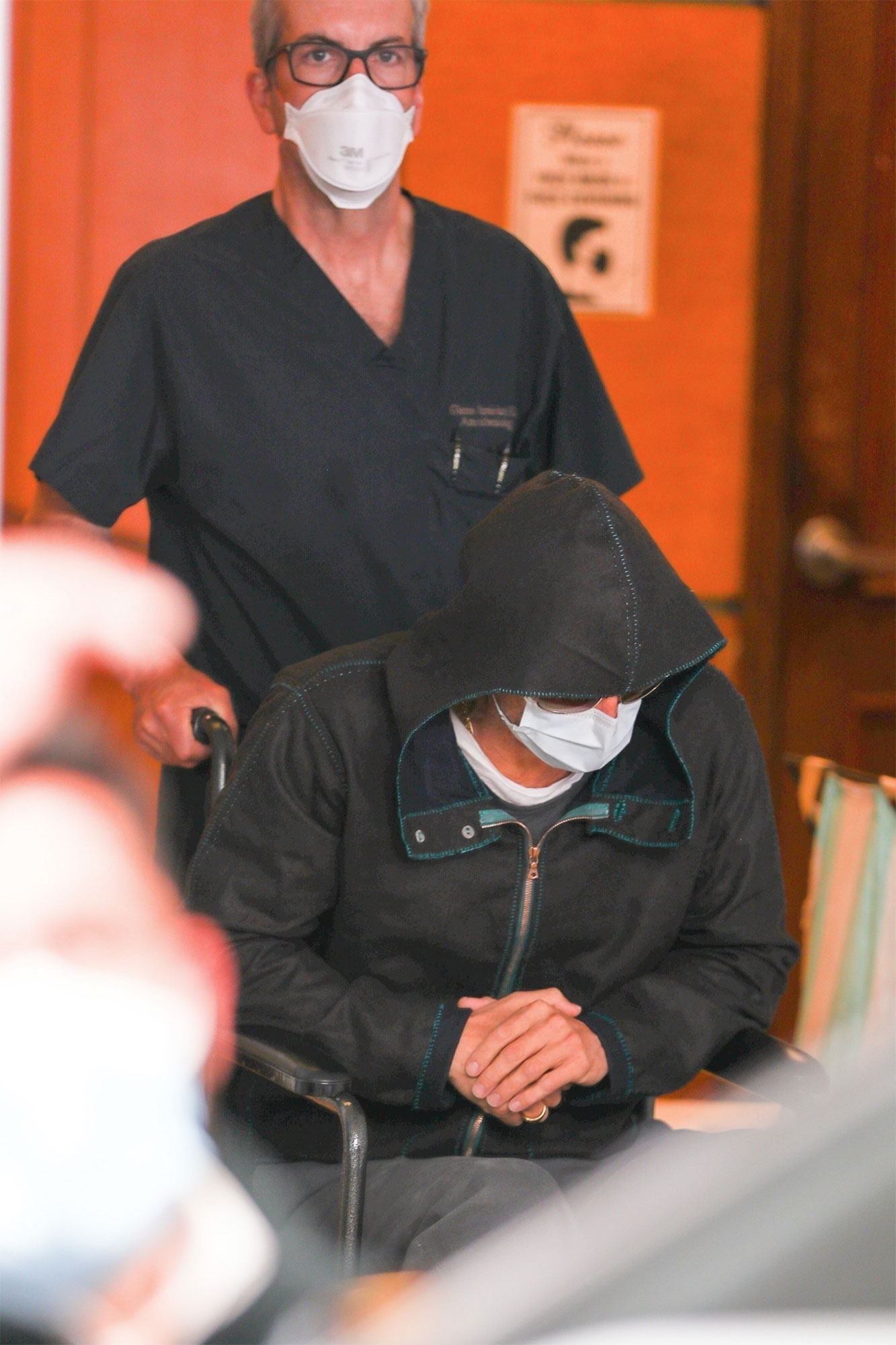 Most recently, a source told Page Six that Pitt was “heartbroken” over an alleged leak by someone in Jolie’s camp that she and the couple’s children are willing to testify to alleged spousal abuse on his part, as part of the custody battle over their six children. 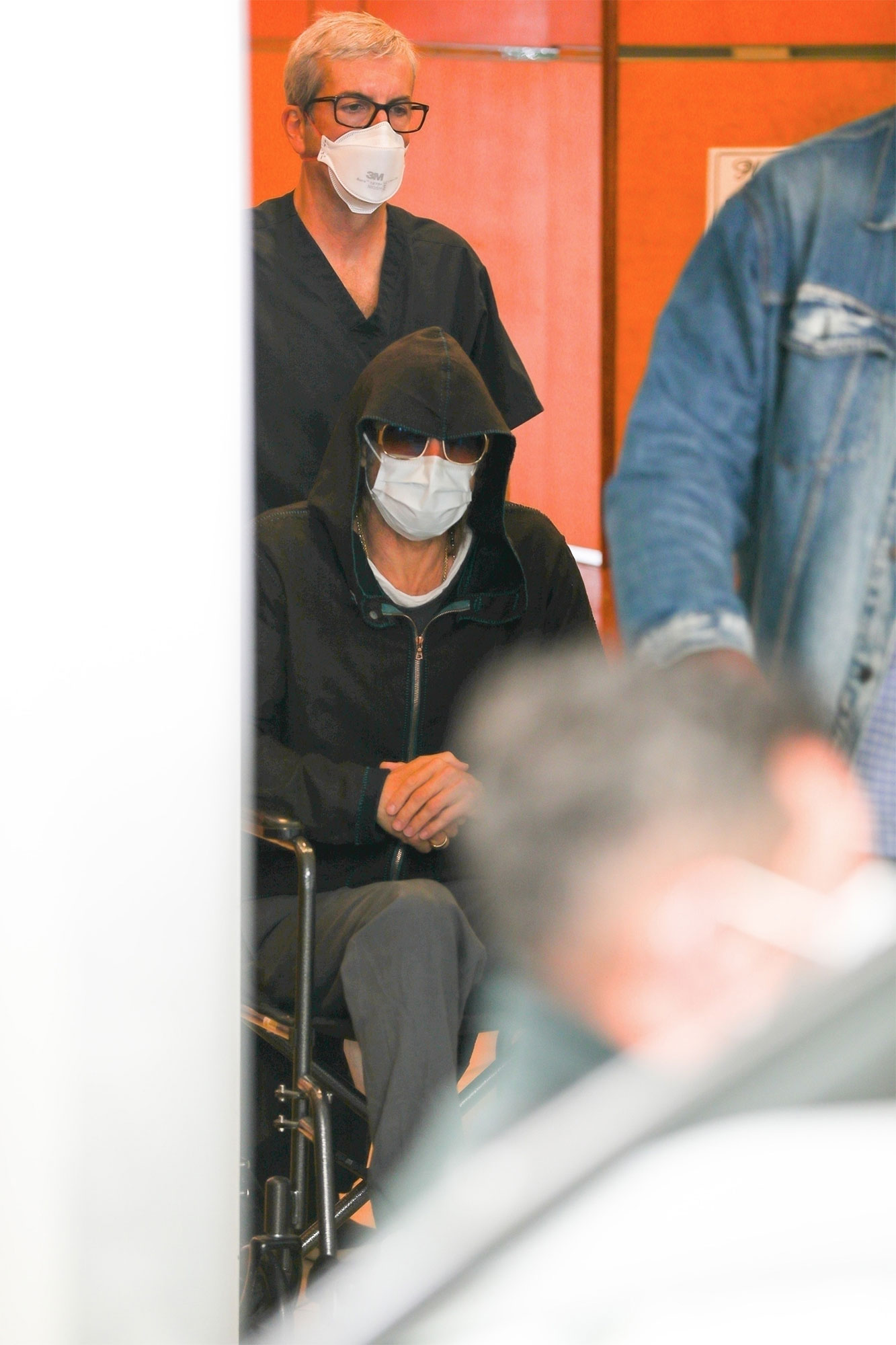 (Pitt was never been arrested or charged for any offense during his marriage to Jolie, nor were there any police reports made.)

“Brad and his camp has never attacked Angelina,” the source said. “But his camp feels this leak was calculated to sway opinion ahead of the conclusion of their trial.”