Enemies to lovers. Bridgerton season 2 will follow Anthony Bridgerton (Jonathan Bailey) as he finds love, but he and Kate Sharma (Simone Ashley) don’t exactly fall in love at first sight.

Netflix released the first video from the second season of Bridgerton during the Saturday, September 25 TUDUM event, where the streamer teased many of its highly anticipated projects. The minute-long Bridgerton clip, the first new footage since season 1 was released in December 2020, shows Anthony following Kate outside.

Anthony, the older brother of last year’s romantic lead, Daphne (Phoebe Dynevor), seems delighted to find Kate outside, saying he was wondering if they’d meet again. Kate isn’t so thrilled because she overheard Anthony declaring all the attributes he looks for in a wife. It seems the eldest Bridgerton boy has high standards. 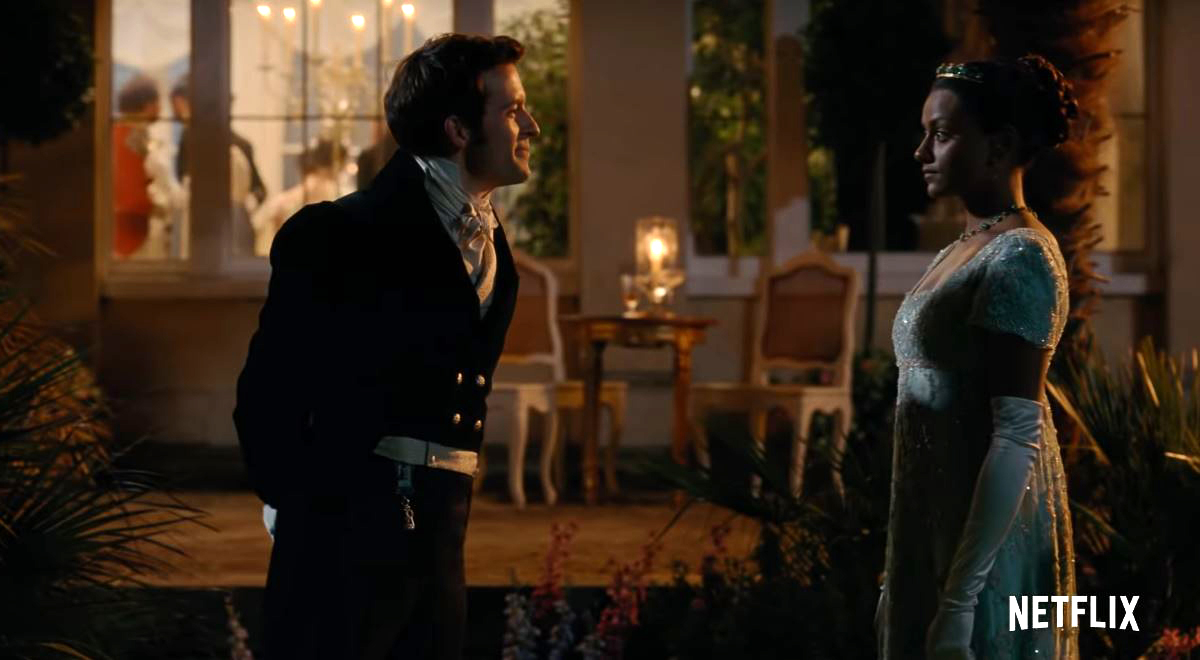 “You were eavesdropping?” Anthony asks.

“It was hardly an effort seeing as you were proclaiming your many requirements for a wife loud enough for the entire party to hear,” the new character points out.

Anthony asks her what issue she has with what he wants in a wife, and Kate points out that he isn’t very kind in how he speaks about a potential partner.

“I take issue with any man who views women as merely as chattel and breeding stock,” she says.

“When you manage to find this paragon of virtue, whatever makes you think she will accept your suit?” she asks. “Are the young ladies of London truly so easily won by a pleasing smile and absolutely nothing more?”

Anthony is not deterred by Kate calling him just a pretty face. “So, you find my smile pleasing?” he quips.

However, this fierce female isn’t letting the Viscount walk away with his ego intact.

“I find your opinion of yourself entirely too high,” Kate says. “Your character is as deficient as your horsemanship. I shall bid you goodnight.”

Anthony looks shocked and appalled as Kate swiftly walks away.

While the first season followed Daphne and Simon (Regé-Jean Page), the second will follow her brother on his path to love. The new episodes will follow Julia Quinn‘s The Viscount Who Loved Me, the second book in her historical romance series.

The regency era TV show, which was a runaway hit on the streaming service, has already been renewed for a third and fourth season.

‘Bridgerton’ Season 2: Everything We Know So Far

The format of the series, each season follows a different Bridgerton sibling and their quest for love, means that the cast is ever-changing. While Dynevor and Page were the stars of the first season, Page is not a cast member for the second season. However, he has hinted that he could return in a guest appearance.

“You know I couldn’t tell you!” he told GQ earlier this month. “Isn’t there something wonderful about being surprised by what you weren’t suspecting?”

Bridgerton season 2 will return to Netflix in 2022.