And 16 percent have put up bigger and better decorations than ever before, spending an average of two whole days getting their homes Christmas ready.

But the excitement got the better of 17 percent who ‘decked the halls’ earlier than usual – and one in five admitted they had their tree up before the end of November.

The research, commissioned to celebrate Elf on Sky Cinema, found that 58 percent have gone festive-mad in the name of community spirit, hoping their decorations will spread Christmas cheer to all who see them.

While one in five admitted they wanted to switch up their surroundings after spending so much time at home lately.

Jason Manford, who helped launch a search for the UK’s biggest Elf fan with Sky Cinema, said: “With people spending so much time indoors this year, it’s not surprising a change of scenery is so welcome – bigger, better and earlier than ever.

“It seems many Brits are using Christmas as an excuse to top up the cheer that’s been sadly missing from much of 2020.”

The study also found that more than one in 10 adults use the festive decorations to keep the whole family entertained, with 34 percent putting up the tree together.

But rather than sticking with tradition, one in four get their festive inspiration from social media, while 17 percent have been moved to try out a decoration they saw in a Christmas film.

Others look to influencers (eight percent) or even celebrities (six percent) for ideas on how to adorn their home at Christmas. 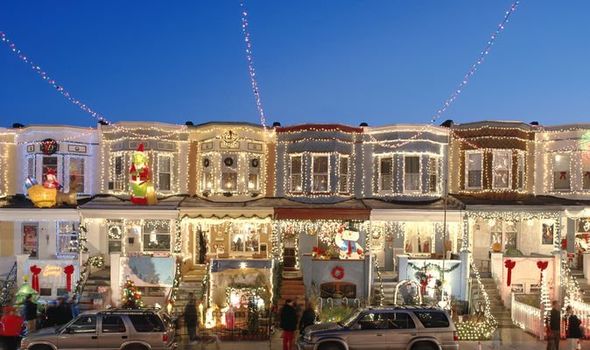 And away from the traditional fairy or star, some would also consider a tree topper which celebrates famous faces including Holly Willoughby (four percent), Captain Tom Moore (two percent) or Marcus Rashford (two percent).

The study also revealed that Christmas could be going on well into 2021 for some, with three percent – 1.4 million of those who celebrate the festive period – keeping their decorations up until the end of January.

To join in with the festivities, Sky Cinema carried out a search for the UK’s biggest Elf fan and has rewarded them with the ultimate Elf-inspired home makeover.

This saw the Portsmouth home of Courtney Chanel, 22, transformed into an Elf winter-wonderland, complete with giant candy canes, more than 10,000 fairy lights, a sprinkling of snow and even some familiar faces from the film.