Is this the most brutal book review ever? Critic claims Dolly’ Alderton’s Ghosts is a ‘thick mayonnaise’ of recycled tweets that ‘broke his soul’ and the ‘most culturally relevant novel of 2014’

A scathing review of Dolly Alderton’s first novel that’s divided readers might just be one of the most brutal critiques every written.

Book critic Barry Pierce, of the Irish Times, did not hold back in taking down the author’s new offering, calling it ‘the most culturally relevant novel of 2014’ and claiming there are ‘too many words’ in the ‘thick mayonnaise’ of her writing.

Ghosts, London-based Alderton’s first foray into fiction, tells the story of Nina Dean, a 32-year-old food writer who gives dating apps a go after her long-term relationship comes to an end.

Pierce’s savage take down, which he shared in full on Twitter, left some in stitches, while others observed it would be a hard pill to swallow for Alderton, a columnist and essayist who dazzled with her book Everything I know about Love in 2018.

However, Pierce was not impressed by her non-fiction debut, saying: ‘The novel’s barbs and biting observations are as succint as the tweets they were all recycled from.’ 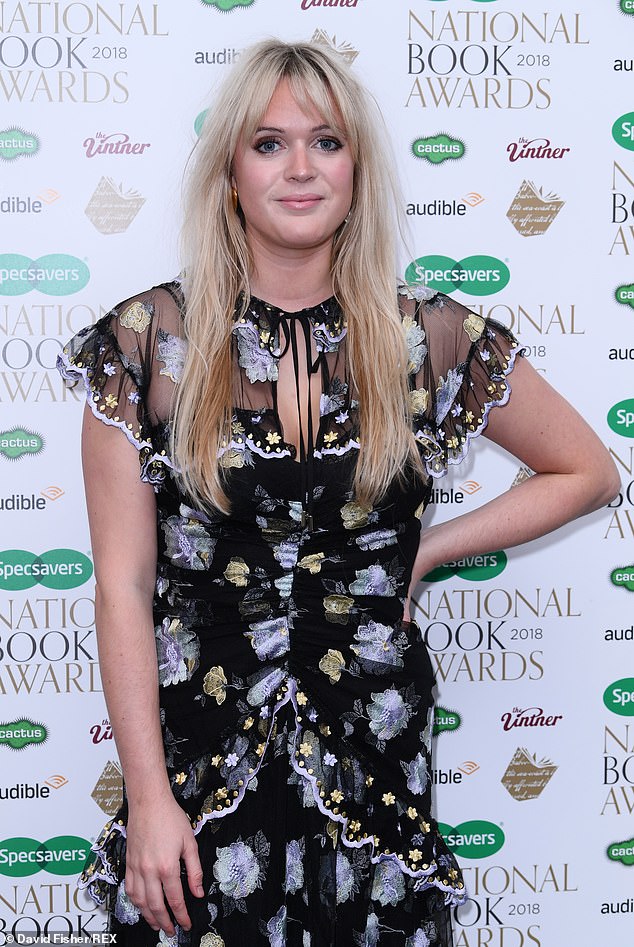 Book critic Barry Pierce, of the Irish Times, did not hold back as he took down  Dolly Alderton’s new novel Ghosts, calling it ‘the most culturally relevant novel of 2014’ (pictured, Alderton in London in 2018)

Barry Pierce did not hold back as he critiqued Ghosts, comparing Alderton’s prose to a condiment

In his review, Pierce started by announcing the novel had left him filled with ‘nothing put pain and disappointment.’

The critic claimed that Ghosts was a tally of stale observations and quips Alderton had found on Twitter.

He mused that because the subject of the book was Nina’s experience of dating apps, the subject matter of the novel was not current.

‘Alderton’s skewering of dating apps surely makes Ghosts the most culturally relevant novel of 2014.’ he wrote. 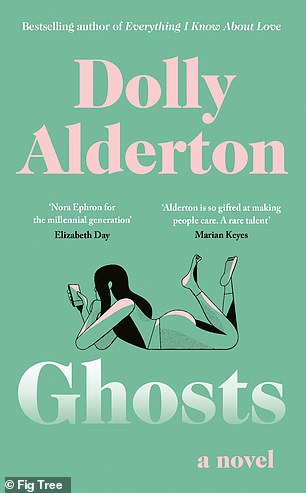 Dating apps boomed in 2013 and 2014, issuing a glossary of terms such as ‘ghosting,’ – when a dating app match stops all communications without warning – from which Alderton took inspiration for the title of her novel.

While he likened it to Norah Ephron’s romantic movie You’ve Got Mail, starring Meg Ryan and Tom Hanks, Pierce said Alderton’s novel had neither the ‘timelessness’ nor the ‘charm’ of the movie.

Comparing Alderton’s prose to a ‘thick mayonnaise’, he also quipped that the author’s use of the term ‘a Durex for her heart’ was ‘mortifying.’

The book, he wrote, had left him feeling with Alec Guinness’ character in The Bridge over River Kwai, Colonel Nicholson, who is wounded by mortar at the end of the movie.

Pierce claimed in his review that the only ghost he felt connected with during his read of Dolly Alderton’s novel was the spirit of Irish novelist and playwright Maeve Binchy, who penned Light a Penny Candle and Circle of Friends.

He advanced that Maeve’s works had paved the way for offerings such as Ghosts, and the very successful Normal People by Sally Rooney, which became a smash hit when it was adapted into a series by the BBC in March.

Readers were taken by Pierces vivid and scathing review of Alderton’s novel.

Readers were split between those who thoroughly enjoyed the review, calling it a delight, and those claiming it would be ‘soul-destroying’ for Alderton

‘F****** obsessed with that highlighted quote,’ said another, referencing the 2014 quip as well.

‘This was a delight,’ one wrote of the entire review.

Others said they were able to enjoy the review but could not help but feel for ‘All the things I know…’ author.

‘I love Dolly and her writing, but appreciate this as a really entertaining review. Still going to buy the book. Lovely to have the Maeve Binchy reference, she should be referenced more in life,’ one said.

‘Your review is very droll but it will be horrible for the author to read. Writing a debut novel and getting it published is no easy job and having it shredded by a national paper would be soul-destroying,’ said another.

‘I think this review, and the apparent underlying pleasure at such a take-down – says more of you than it does the book. I also imagine lads called Barry are not the target audience,’ one wrote.

Thankfully, Dolly Alderton will console herself with the fact that the book currently scoring 4.3 stars out of five on Amazon, and 4.5 stars on Waterstone’s website.