Celine Dion has announced that she was diagnosed with a rare and incurable neurological condition known as stiff-person syndrome, and that she will cancel or postpone dozens of shows in her Courage World Tour.

In an emotional, five-minute Instagram video posted on Thursday (US time), Dion, 54, told fans: “I’ve been dealing with problems with my health for a long time, and it’s been really difficult for me to face these challenges and to talk about everything that I’ve been going through.” 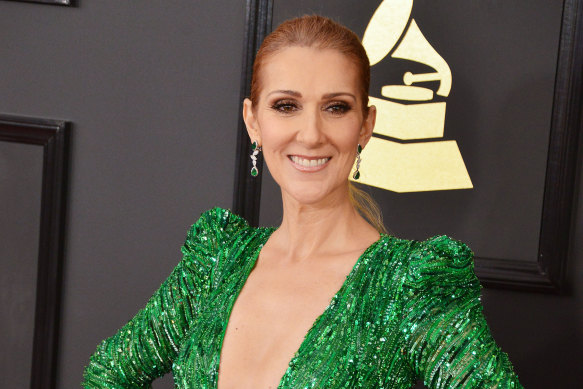 Celine Dion has been diagnosed with stiff-person syndrome,

“Recently, I’ve been diagnosed with a very rare neurological disorder called the stiff-person syndrome,” she continued.

“While we’re still learning about this rare condition, we now know this is what’s been causing all of the spasms that I’ve been having. Unfortunately, these spasms affect every aspect of my daily life, sometimes causing difficulties when I walk and not allowing me to use my vocal cords to sing the way I’m used to.”

Because of her diagnosis, the singer said she “won’t be ready to restart my tour in Europe in February”.

Stiff-person syndrome, or SPS, is a neurological and autoimmune disorder that causes muscles to stiffen progressively, causing painful and debilitating spasms. In more extreme forms, it can prevent people from walking or going about their day-to-day lives.

Loud noises or emotional distress can trigger the spasms, causing people with SPS to fall and injure themselves – leaving some of them “afraid to leave the house,” according to the US National Institute of Neurological Disorders and Stroke (NINDS).

It is not curable, but symptoms can be managed and alleviated through medication. Experts don’t know what causes SPS, which affects women more than men, according to NINDS.

On social media, fans and fellow celebrities paid tribute to the award-winning singer and expressed hope that she would soon be able to return to performing. Many shared clips of Dion’s concerts throughout her more than 40-year career.

“So enjoyed seeing @celinedion in concert … a few years ago,” wrote Good Morning America anchor Robin Roberts. “Celine is such an incredible performer and person.”

“This is heartbreaking,” said a fan on Twitter who called Dion “One of our greatest singers and artists.”

In her video, Dion expressed optimism that she would get better and be able to return to the stage. “But I have to admit: It’s been a struggle,” she said, adding: “I have hope that I’m on the road to recovery.”

All shows set to take place between August and October of next year “remain as scheduled,” it said.