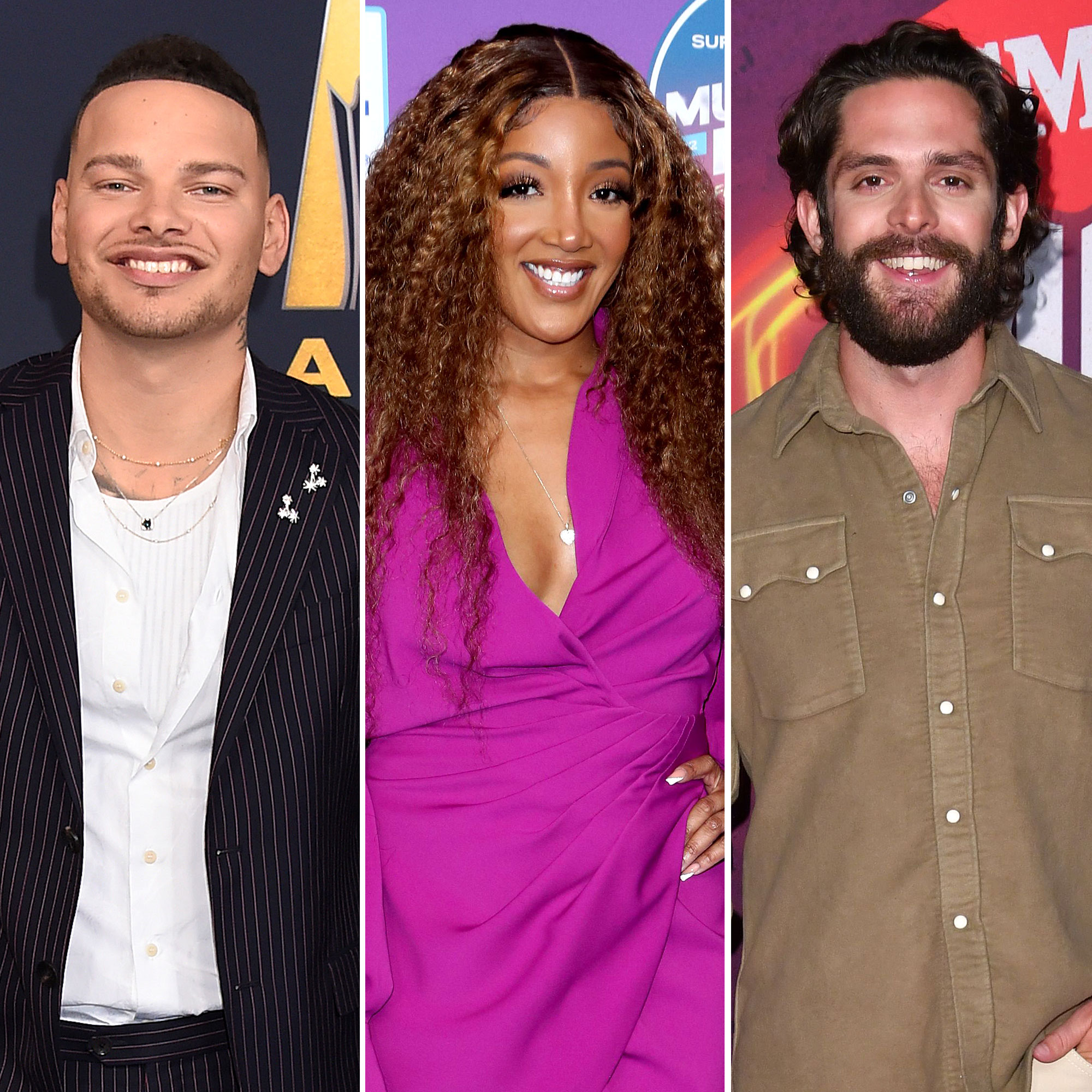 The fans are in charge! The first round of nominations for the 2022 CMT Music Awards have been announced — and the list is full of chart-topping artists.

Country superstars from Kane Brown and Mickey Guyton to Carrie Underwood and Thomas Rhett were recognized on Wednesday, March 16, ahead of the April awards ceremony. The 28-year-old “Be Like That” crooner leads the pack with a total of four nods, including Video of the Year and CMT Performance of the Year. Guyton, 36, trails closely behind with three nominations.

Kelsea Ballerini, BRELAND and Cody Johnson are tied with the “Remember Her Name” songstress. Earlier this month, Ballerini, 28, was confirmed as one of the hosts for the upcoming event alongside Marvel star Anthony Mackie.

The “Miss Me More” performer previously hosted the 2021 CMT Music Awards and noted in a statement that she’s “thrilled” to return for round two. “This award show is always a special one, as it revolves around the fans and celebrates their favorite artists,” she added. “This year is especially cool to be a part of as CMT grows into a network spot and expands for even more fans to get involved. It’s going to be a big one and I can’t wait!”

Before the nominations were unveiled, executive producers Margaret Comeaux, John Hamlin and Leslie Fram teased the can’t-miss event, stating, “Expect the most unforgettable CMT Music Awards yet, jam-packed with the most star-power, world premiere performances and one-of-a-kind collaborations from in and around Music City.”

This year’s nominees don’t solely hail from Nashville. Collaborations with artists outside of the genre — including H.E.R. and LANY — are also in the running for the fan-voted trophies.

While Underwood’s two nods add to her CMT Music Awards success — the American Idol alum has the most honors in the show’s history with 23 wins — the 2022 nominations also include a handful of up-and-coming artists. First-time nominee Priscilla Block celebrated her career milestone via Twitter after scoring a nod for Breakthrough Video of the Year.

“Up for my first ever @CMT award!!! AND YOU CAN VOTE!!!! This absolutely blows my mind. I mean… I grew up watching cmt videos every day…the fact that I’m nominated blows my mind!” she tweeted. “Y’all go vote!!! See you on @CBS April 11th!”

Online voting is open now. The top nominees from the first round will be narrowed down on April 4, with the final group of artists announced on the day of the ceremony. Winners will be determined via social media.

The 2022 CMT Music Awards air on CBS April 11 at 8 p.m. ET. Scroll down to see the full list of nominees, from Walker Hayes to Kacey Musgraves:

Video of the Year
Brandi Carlile – “Right on Time”
Cody Johnson – “’Til You Can’t”
Cole Swindell & Lainey Wilson – “Never Say Never”
Jason Aldean & Carrie Underwood – “If I Didn’t Love You”
Kacey Musgraves – “Justified”
Kane Brown – “One Mississippi”
Kelsea Ballerini feat. Kenny Chesney – “Half of My Hometown”
Luke Combs – “Forever After All”
Maren Morris – “Circles Around This Town”
Mickey Guyton – “Remember Her Name”
Miranda Lambert – “If I Was a Cowboy”
Taylor Swift feat. Chris Stapleton – “I Bet You Think About Me (Taylor’s Version) (From the Vault)”

Female Video of the Year
Brandi Carlile – “Right on Time”
Gabby Barrett – “Footprints on the Moon”
Kacey Musgraves – “Justfied”
Maren Morris – “Circles Around This Town”
Mickey Guyton – “Remember Her Name”
Miranda Lambert – “If I Was a Cowboy”
Tenille Arts – “Back Then, Right Now”

Breakthrough Video of the Year
Breland – “Cross Country”
Caitlyn Smith feat. Old Dominion – “I Can’t”
Elvie Shane – “My Boy”
Parker McCollum – “To Be Loved By You”
Priscilla Block – “Just About Over You”
Tenille Arts – “Back Then, Right Now”