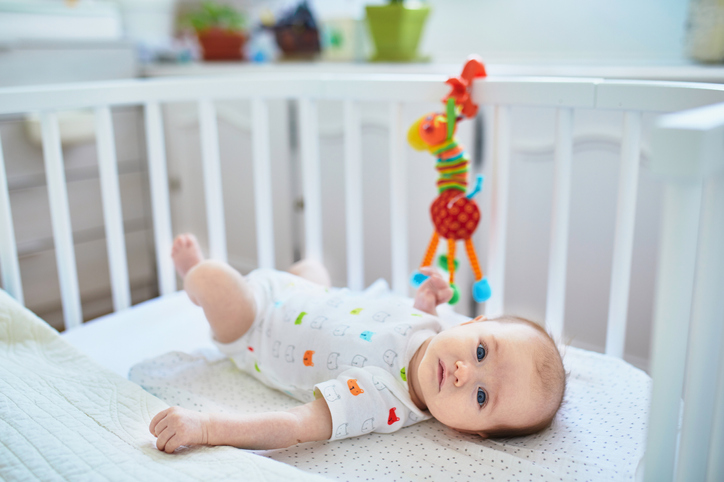 Co-sleeping can have myriad benefits for both you and your baby, from less stressful night feeds to the calming effects of skin-to-skin contact.

It is a controversial topic, though, as stats show that around half of babies that died from Sudden Infant Death Syndrome (SIDS) were sharing a bed with their parents.

However, UNICEF argue that a vast majority of those deaths could have been prevented with proper knowledge of co-sleeping safety.

A handbook for healthcare professionals from the UN agency reads: ‘SIDS is very rare (0.03% of all births) and it will never be possible to eliminate all risk. However, with sensible, parent-centred communication, we could potentially reduce co-sleeping SIDS deaths by nearly 90%.’

It’s also something that happens more than we think, with studies suggesting between 60% and 75% of parents share a bed with their child some of the time.

Ultimately, the choice is up to you as a parent, but there are a number of simple steps to make co-sleeping less hazardous and more comfortable for you and your child.

Create a sleeping area for baby

A separate sleeping area is absolutely necessary for co-sleeping, to ensure your little one’s breathing isn’t obstructed at any point.

The best way to do this is a ‘separate yet together’ option, such as side-sleeper cots that attach to your bed in most baby shops. Or you can place a moses basket beside the bed.

The NHS recommends that baby sleeps in the same room as you for the first six months, with the American Academy of Pediatrics recommending keeping your baby’s crib within an arm’s reach of your bed.