Like father, like son. Brian Austin Green shared a rare photo of his eldest son, Kassius Marcil-Green, from the set of their new film project.

“Another one of Kass and I from the set of Rufus,” the Beverly Hills, 90210 alum, 49, wrote via Instagram on Thursday, October 13, alongside a snapshot of him and the 20-year-old dressed in period clothes while filming in the outdoors.

Green’s girlfriend, Sharna Burgess — who welcomed son Zane with the actor in June — gushed that the pair’s professional collaboration was “so freaking cool,” in the comments on his post. 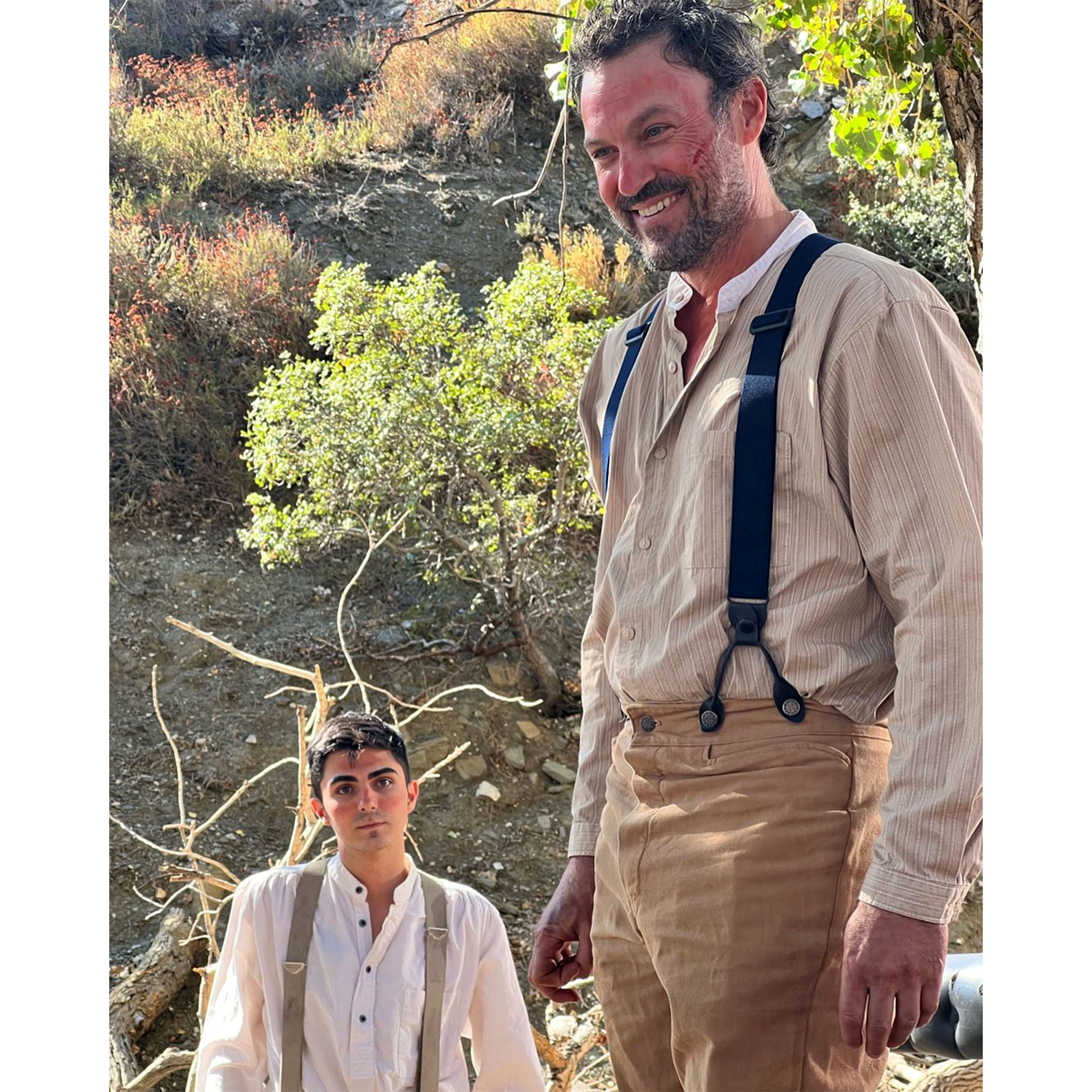 Earlier this month, Green revealed that he and his eldest son — whom he shares with former fiancée Vanessa Marcil — are starring opposite one another in the upcoming film. “Working with Kass … Such a great experience!!! ❤️,” the former rapper wrote at the time, alongside a behind-the-scenes snapshot.

Green and the General Hospital alum, 53, have had a tumultuous relationship since their 2003 split, with Marcil claiming in 2018 that he hadn’t seen their son in five years. “Kass has never met his youngest brother and is not allowed to know where his bio father, stepmother and three younger brothers live,” she alleged via Instagram, two years after Green and ex-wife Megan Fox welcomed son Journey.

“Custody cases hurt the children only and the truth shall set us all free,” Marcil continued in her post. “Put the kids first you guys. There shouldn’t be a ‘more important parent’ kids love both parents equally no matter what either parent’s struggles may be. Kass has been truly heartbroken since being cut out of his other families lives with NO explanation. Let’s do better for our kids. Let’s share our stories. #Buddhakids.” A rep for Green did not return Us Weekly‘s request for comment at the time.

One year later, however, it seemed that Kassius and the Anger Management actor had mended their relationship when he visited him on the set of 90210 in Vancouver.

“[Kass] loves him unconditionally and I am very proud of that fact,” Marcil revealed in a September 2020 social media post. “I celebrate Kass’ love for his father and remain extremely grateful that My son was finally invited back into his dad’s life and was able to finally meet his youngest brother and finally see his other two siblings again. My son is also an incredible big brother.”

Green, for his part, hinted that he and Marcil had finally buried the hatchet in March 2021, when he included her in a roundup of important women in his life on International Women’s day. In addition to the soap star, the Masked Singer alum included photos of his mother, Fox, Burgess, ex Tiffani Theissen, whom he dated from 1992 to 1995. “Happy International Woman’s Day!!” he captioned the posts.