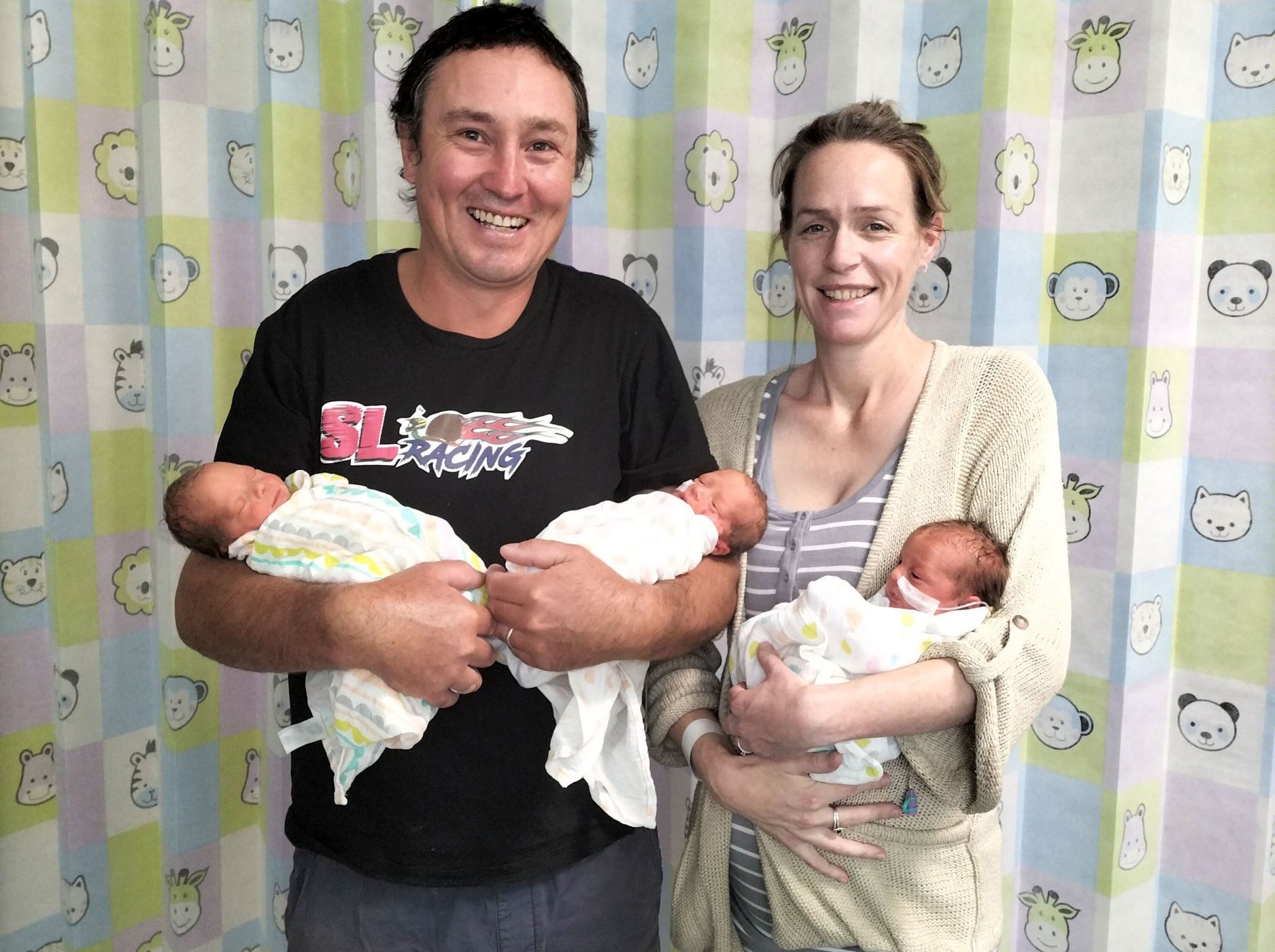 A couple have welcomed their miracle triplets just in time for Christmas, after waiting four years and spending £6,300 on IVF.

They opted for fertility treatment, and were downhearted when the first round resulted in a miscarriage and the second round didn’t work.

Putting their hopes on one more try, it appears to have been third time lucky for Jane and Gary, who got three babies for the price of one.

Although they knew there was a chance of twins during IVF, the family were in for a shock when they discovered they were having triplets.

Jane, 31, said: ‘We were so excited when we fell pregnant on the third round. When we went in for our scan, we were told we had twins and we couldn’t have been happier.

‘The nurse then took another look and found a third baby; we told her to stop looking for more!’

Two out of the trio are identical, owing to the fact an extra embryo was implanted during the process, which split to create another foetus.

Jane’s labour was somewhat difficult, and she wasforced to give birth at 31 weeks after developing intrahepatic cholestasis whilst pregnant.

But after 43 days in hospital, Jaya, Josie, and June are their parents’ little miracles, and they got the all-clear to come home last month – just in time for Christmas.

‘It’s quite rare to end up with triplets but we got a baby for every year that we had been waiting,’ said Jane, adding, ‘we feel so lucky that it finally worked out for us.’

The couple had to travel two hours to get to the hospital to see the babies during their stay, and Covid restrictions kept sisters Matilda and Mia from properly meeting them.

Jane said: ‘When we finally got to bring them home, it was a huge relief and a really special moment for the girls to meet their sisters.’

Gary, 38, who works as a concreter and boiler maker, also has two daughters from his previous marriage. With the new additions, the family is complete with seven girls.

Jane added: ‘All of the girls were really excited when they met their sisters for the first time.

‘Initially, they met them through a window and it was difficult for them because they wanted to touch them and hold them so it was really special bringing them home for the first time.’

‘All the doctors and nurses couldn’t believe how well the triplets were doing given they were delivered early.

‘They didn’t need intensive care and are all doing amazing now.’