A father of three from Michigan is making it his mission to bring awareness to the dangers of drowning after his teenager almost lost his life swimming at a campground last month.

Dave Snook, a resident of Wixom, said he would never let his son near water without wearing a life jacket.

“Like clockwork, we say, ‘Andy, make sure you have a life preserver on,’ whenever we know he’s going to be swimming,” Snook, 52, told FOX News.

But the day his 13-year-old son Andrew “Andy” Snook drowned at privately held Kampgrounds of America campground in Petersburg, Michigan on June 25, Snook says he was not informed his son would be swimming that day. 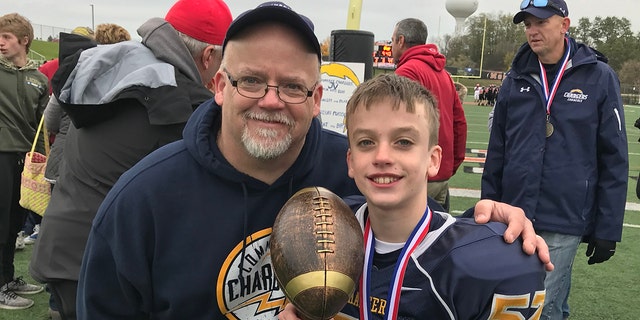 Dave Snook (right) and his 13-year-old son, Andrew "Andy" Snook. Andy was found underwater after going missing for 20 minutes on June 25 in a pond at a Petersberg, Michigan Kampgrounds of America camp. He’s in critical condition at Cleveland Clinic Medical Center in Ohio.
(Heather and Dave Snook)

Andy had been camping with friends and another family when he and one of his friends attempted to swim across the pond, Chief Deputy David Buchko of the Monroe County Sheriff’s Office told FOX.

Snook said he received five missed calls regarding the incident before speaking with “a complete stranger.”

“The person was breathing heavily like she ran a marathon and said, ‘Is this Andy’s Dad? I knew something was wrong. They originally told us he drowned and died,” Snook recalled.

“Out of respect for Andy’s family, we will not be commenting at this time,” a spokesperson for KOA responded in an email.

Andy, who is nearly 6 feet tall, had been swimming in 10 feet of water.

“The friend made it to the other side and turned around and Andrew wasn’t behind him, that’s when the alert went out,” Buchko told FOX in a phone interview.

The Monroe County Sheriff’s Office was called to the scene and a member of the dive team rescued Andy from underneath the water after he went missing for 20 minutes, police confirmed to FOX.

Andy was taken to Toledo Hospital in Toledo, Ohio, where he was put on a ventilator. He was transported to Cleveland Clinic on July 9 after two weeks where he’s been undergoing multiple tests to monitor neurological changes. 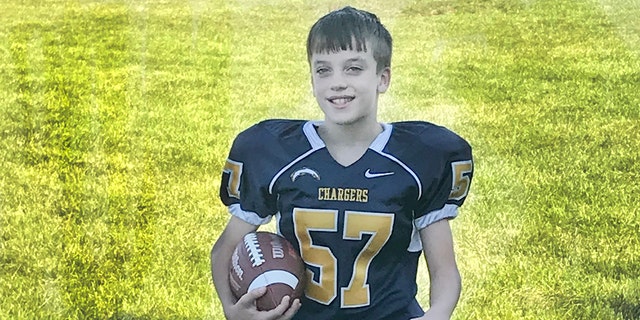 There have been other drownings at the KOA campground 15600 Tunnicliffe Road in Summerfield Township over the years. The last reported drowning was in 2011, according to Buchko’s records.

Reports show a 53-year-old Detroit resident went missing at the campground on July 30, 2011. Water rescue and dive teams reportedly spent hours searching when the victim’s body was eventually recovered under 11 feet of water.

A 33-year-old Toledo, Ohio, man, was pronounced dead at the scene after he drowned at the same campground in 2008, Monroe County sheriffs deputies confirmed to local news outlets.

Water safety and the misconceptions of drowning in open water

There are an estimated 236,000 annual drowning deaths that occur worldwide with drowning being the third leading cause of unintentional injury death, accounting for 7% of all injury-related deaths, according to statistics from the World Health Organization.

What’s more, around 75% of all children and teens who die from drowning are male, and teenage boys are 10 times more likely to drown than girls, according to a new report published July 12 from the American Academy of Pediatrics (AAP).

“There’s a lot of misconceptions about open water versus swimming pools. There are definitely hidden dangers in open water that people don’t think about, even in a pond. It’s murky, it’s not clear, it’s hard to see how deep it is,” said Marie Snodgrass, an injury prevention program lead for the University of Michigan’s C.S. Mott Children’s Hospital’s Pediatric Trauma Program.

Snodgrass said a major misconception about drowning is that you can hear the victim plea for help when it is actually a silent attack. Snodgrass said that during these sudden occurrences the body can go into a shock in a matter of seconds.

Safe Kids Worldwide, a non-profit organization committed to preventing childhood injury, urges parents to teach their children that swimming in open water is more challenging than a swimming pool due to currents and undertow resulting in potential hazards that can make it harder to swim.

The agency advises wearing a life jacket when boating and using designated swimming and recreational areas that have been assessed by professionals. These spots will usually be marked with signs and have the presence of a lifeguard, according to its website.

Parents or guardians are also advised to learn water rescue basics like CPR in case they need to respond to an emergency.

Snook says the terrifying experience with his son has given him a renewed purpose to help raise awareness of the dangers of drowning.

“Watch your kids. Even if they tell you they can swim, don’t let them out of your sight,” Snook said.

Prayers go viral in support of Andy and his recovery

Andy was an athlete who maintained good grades in high school, Snook said, adding that his son has played football for nearly six years and was getting ready to play in high school.

“I want the world to know that he’s a happy soul,” Snook said. “He was just happy and he was really just a positive kid with a good outlook on life.”

Snook put out a plea for prayers and support on TikTok from the Children’s Hospital in Toledo, Ohio, the day after his son’s accident on June 26. The video went viral, garnering 2.3 million views.

Friends, family, and strangers from all over the world have reached out to voice their support. Donations have also poured in on a GoFundMe page launched to help with Andy’s medical costs.

So far, more than $38,000 has been raised accompanied by messages of hope with the hashtag #AndyStrong.

“He’s a beautiful child and deserves to live,” Dave added.

Snook and his wife Heather, Andy’s mother, have been posting updates on Andy’s condition every day on the GoFundMe page since the accident.

“As long as Andy’s heart is beating we are not giving up,” Heather wrote Sunday.

Snook said the experience has given him a renewed mission as he stands by his son patiently waiting for progress. Snook is now ensuring the tragic accident Andy suffered does not happen to other parents and their children.

“We’re looking forward to having him open his eyes, we’re not leaving his side.  Two of us came to this hospital and three of us are leaving,” Snook said.

To enroll in online, or in-person adult and pediatric CPR training visit American Red Cross’ website to find a course near you.

To prevent drowning, the AAP recommends “layers of protection,” it states on its website.

These layers fall under the categories of personal attention, equipment and water environments.