MEET the avid video gaming dad who has spent over £15K on his massive collection of 1100 retro games and even has an ENTIRE ROOM devoted to them.

Retail manager, Cameron Lasby , 36,  from Milton, Ontario, Canada became obsessed with gaming as a child and over the course of his life has acquired quite the collection of old retro consoles and hard to come by classic games. 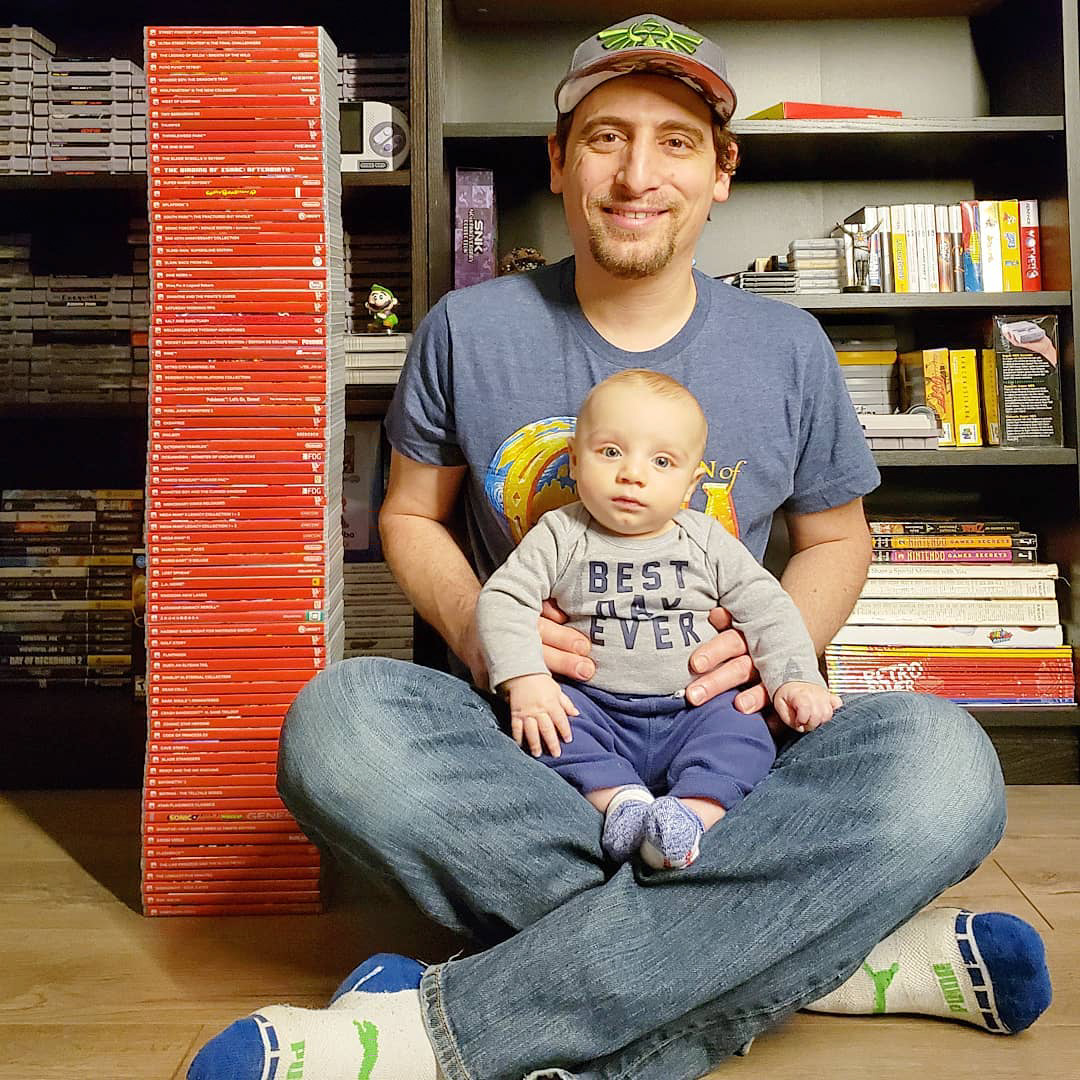 Cameron and his wife, Marie Davidson,32,  met in early 2007 on the rave scene through her brother and they just moved into their first home with their five-month-old son, Edward and their Siberian husky, Kain. 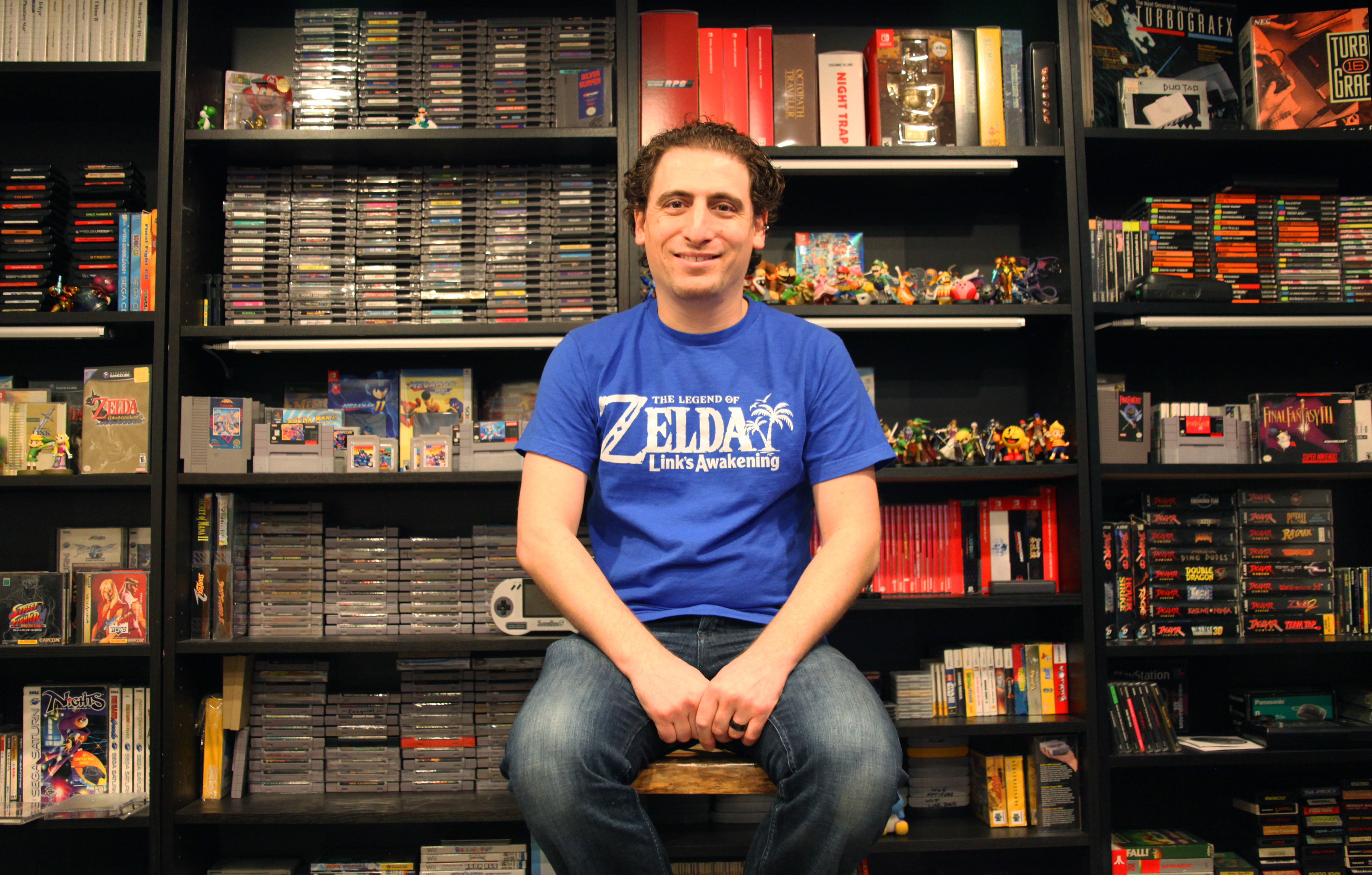 When he was a young child, Cameron was surrounded by games that his older brother, Noel, 47, used to play.

His earliest memories were of his brother and his friends playing Vanguard, Moon, Patrol, Dig Dug and Pitfall on the Atari 2600, which were played on an old black and white TV.

His favourite games are all the fourth and fifth generations.

The release of the Wii’s virtual console on November 19, 2006 was a real game changer for him as he was able to access all of his old favourites.

Then in 2012 he found all his old games and realised that virtual games can never be a match for having the actual cartridges and his hobby in collecting them began.

Since then Cameron has amassed over 1,100 items all related to retro gaming, including games, consoles and other paraphernalia.

“Video games have always been part of my life. My only brother is eleven years older than me, and when I was born, there were already video games in the household,” he said.

“Fast forward a few years, and once again, I dug out all my old video games that I still had.

Something intangible just made me want to have the actual cartridges of some games, rather than digital versions. From there on in, I started collecting retro games. 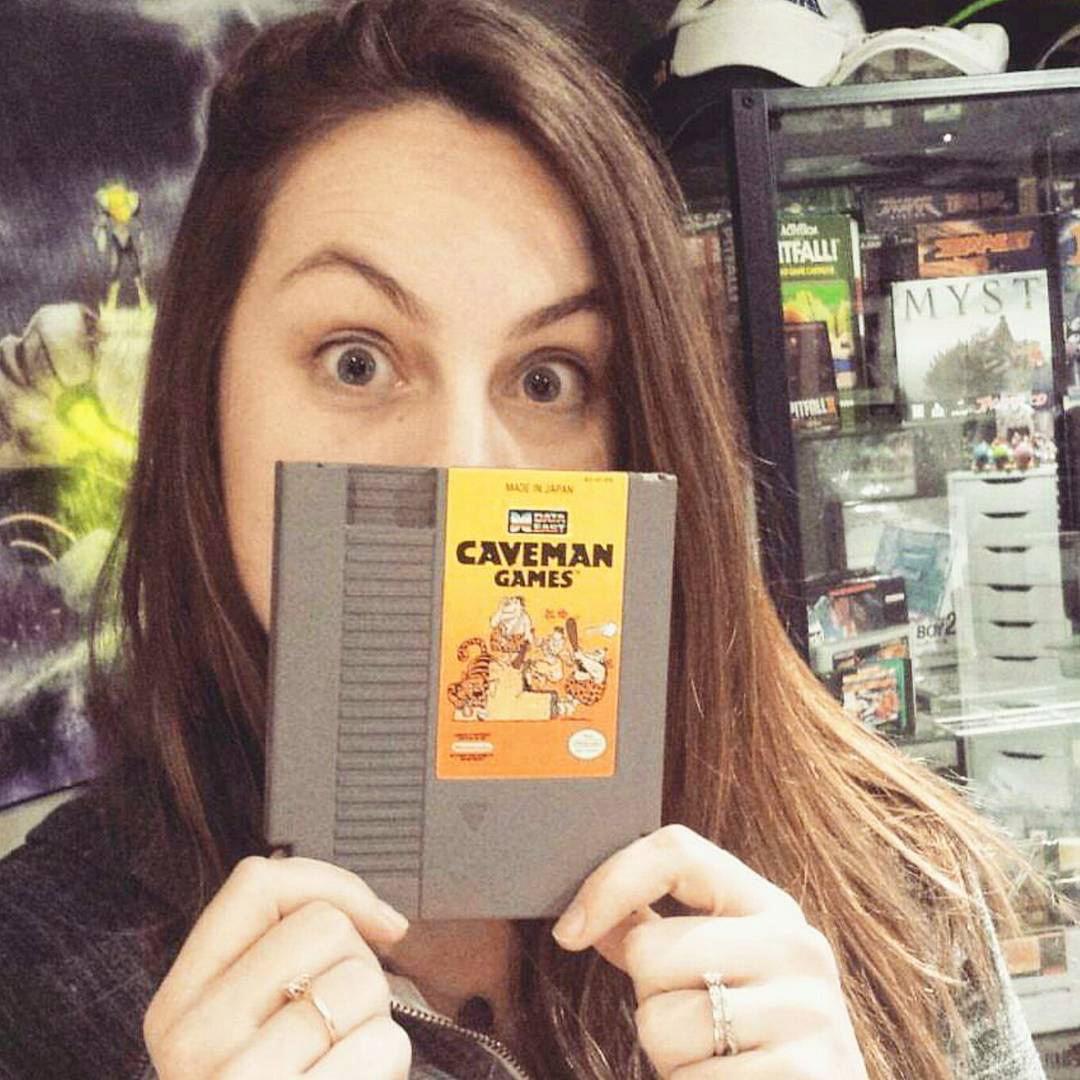 Cameron’s favourite old console is the Super Nintendo and The Switch is his number one current generation console.

Cameron finds it very difficult to decide which games are his favourites but some of the top titles include The Legend of Zelda, Final Fantasy on the Super Nintendo, Super Mario Brothers on the NES and Wonder Boy on the Sega Master System.

Due to a rise in interest in retro gaming in recent years, the cost and accessibility of many old games are difficult or expensive to come by.

Cameron’s trying hard to acquire games that are rare and sought after such as Aero Fighters and Final Fight three for the Super Nintendo and Double Dragon for PC Engine.

“If I could choose one game I want the most, it would be Magical Chase for TurboGrafx-16. I have 91/94 games for that console but it is exceedingly rare and expensive. Loose copies can go for $3000.”

Although Cameron loves his retro gaming, he doesn’t believe it has come between him being a good husband or father to his son. He works hard at keeping a balance between the two.

He warns that the hobby can be expensive, especially when he’s after rare games, but reminds everyone that there’s always going to be another copy of a game they want just around the corner.

“My wife thinks my hobby is nice and she likes that I have an outlet. I believe I do a really good job of making things work for me, my wife and our child,” Cameron said. 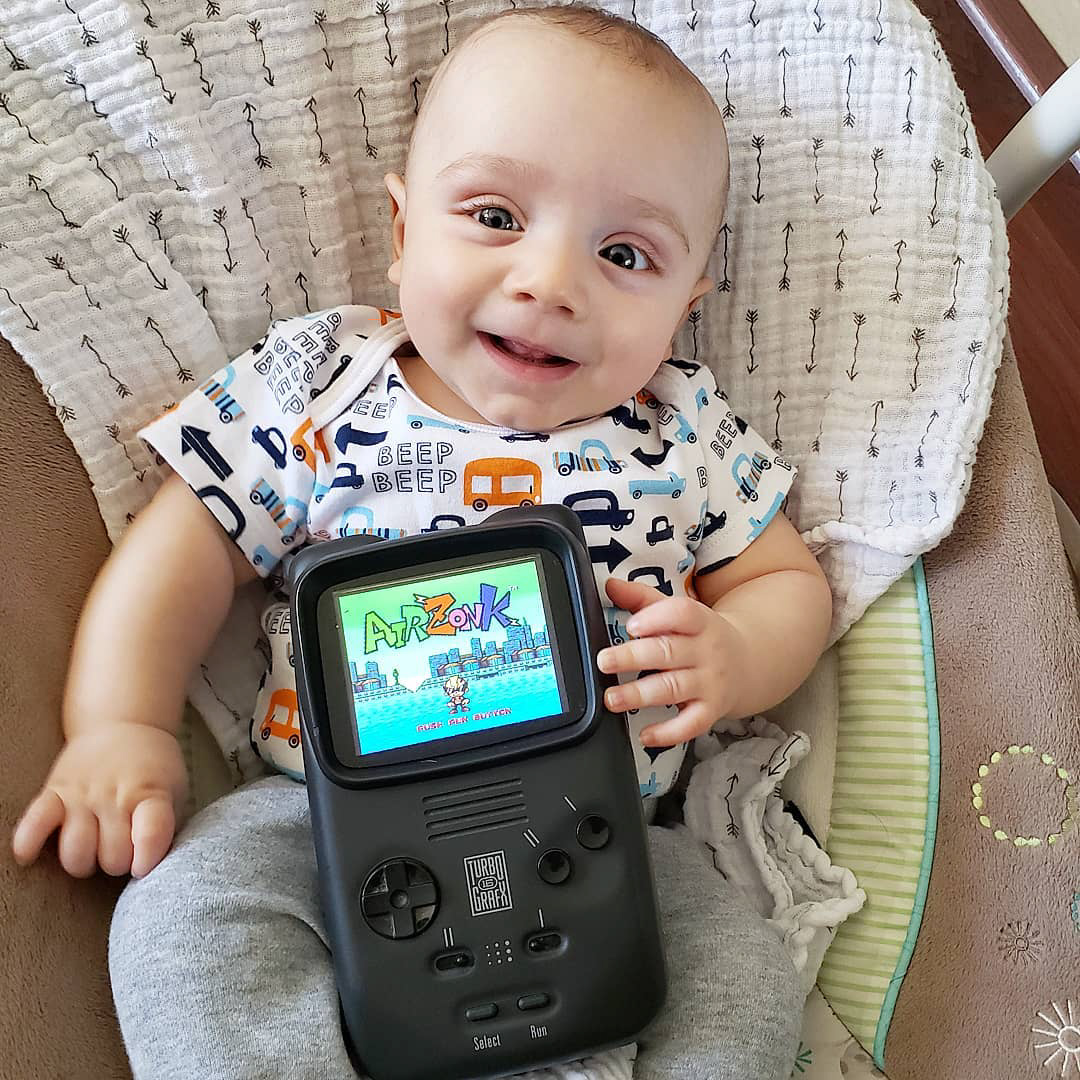 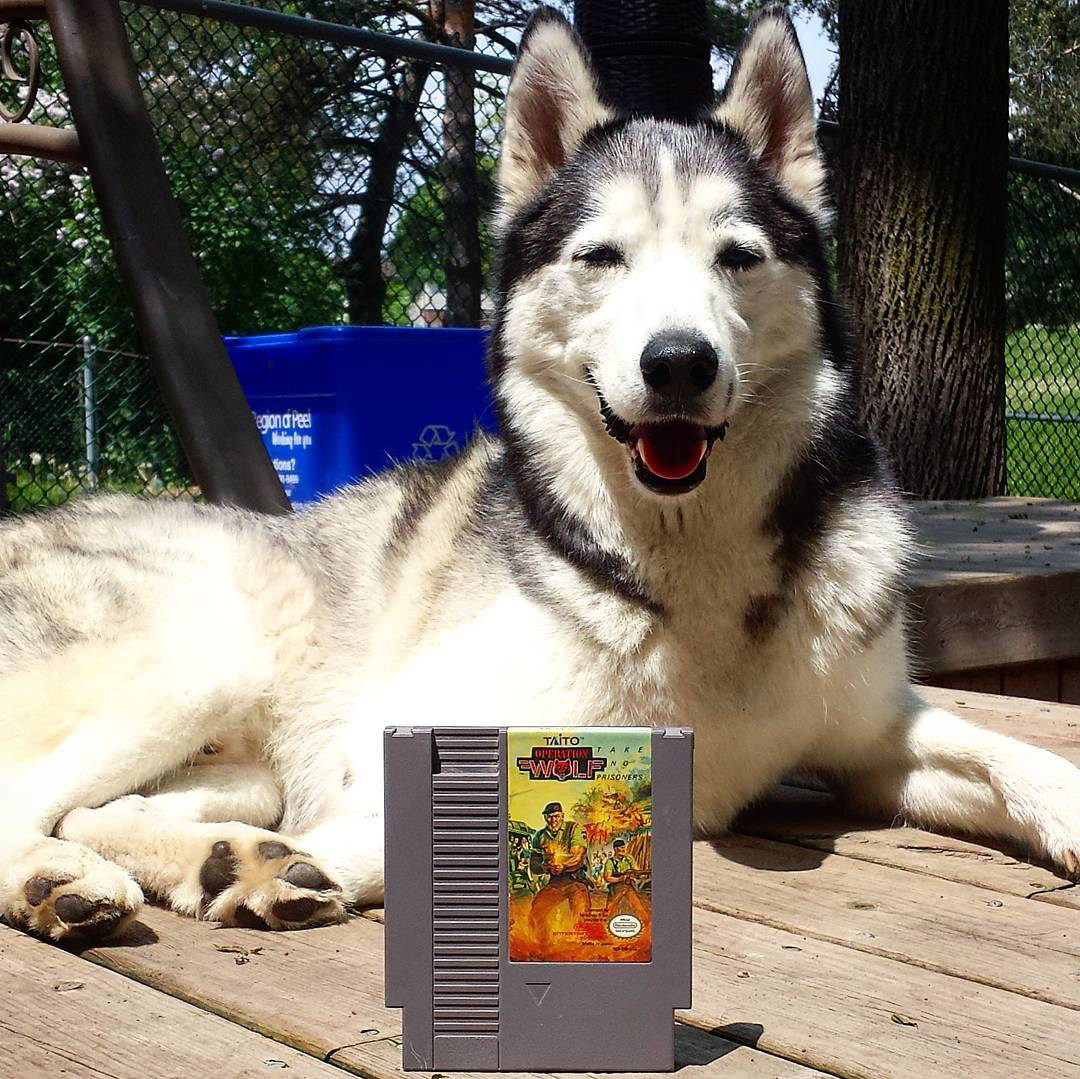 “When I first started collecting and posting my collections on Instagram I had no idea what a community there was for it.

I’ve made so many like-minded friends and we have exchanged amazing stories. I’ve even got to meet some of them in person.

“If you want to get into this hobby just be patient when you see a game you want. There’ll always be another copy of what you’re after. It’s far too easy to drop a bunch of money on a title you’ve been after for a while. Be patient and it will come to you.”