Dating A Friend’s Ex Can Be Tricky, So Keep These 4 Things In Mind If You’re Going To Try

Even though there are almost eight billion people in the world, it’s hard to control who you fall for, and sometimes, it can be the most inconvenient person of all: A friend’s ex. No matter how long they’ve been broken up, dating a friend’s ex can put you in a sticky situation. Your friendship could mean the world to you, but if you haven’t been able to shake the feelings you have for your friend’s ex, it might be time to have a conversation.

While you may have heard time and time again that any and all of your friend’s exes are off-limits, this rule isn’t always one-size-fits-all. The only way to know how your friend will feel is to have an open, honest conversation with them where you express your interest in their ex. You never know — perhaps they’ll be incredibly unfazed, and you can pursue their ex without a worry. On the other hand, if they aren’t OK with the idea of you and their ex dating, you may have to consider the possible repercussions, and whether or not you’re ready to face them. If you can’t deny your desire to date your friend’s ex, it’s important to keep these four things in mind, in order to keep the situation as drama-free as possible.

1. There’s a chance you may lose your friend. 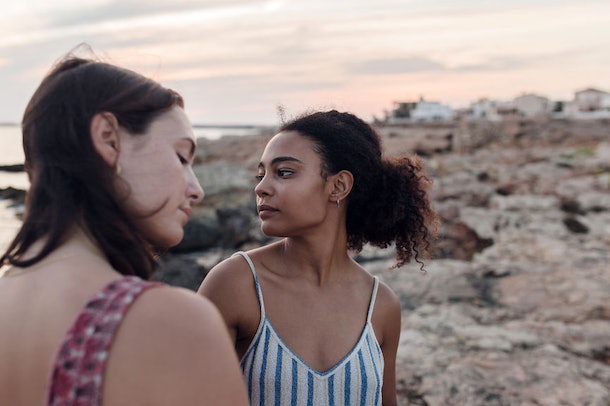 In a perfect world, you would be able to date your friend’s ex and keep that friend in your life forever. But unfortunately, it may be too hard for your friend to be in your life when their ex is part of it, too. "The very first thing you should consider is whether or not it may be potentially worth the possibility that you might risk losing a friend," Dr Gary Brown, a prominent dating and couples’ therapist in Los Angeles, tells Elite Daily. "Is it worth it?"

2. The reason why your friend and their ex broke up matters. 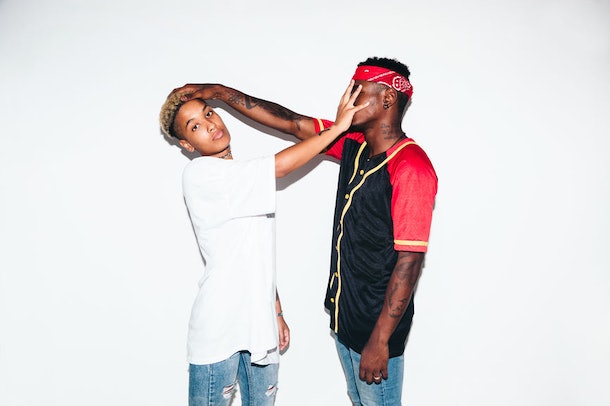 If your friend and their ex ended on good terms, that doesn’t necessarily mean your friend will be OK with your interest in their ex, Dr. Brown points out. And if the relationship ended badly — especially if there was infidelity involved — tread lightly.

"Your friend suffered greatly due to the breakup with someone they really loved," Dr. Brown says. "I would strongly consider if you want to put them and your friendship in a position where it would cause them even more pain to know that you wanted to date someone who caused them emotional harm."

3. You should definitely talk to your friend beforehand. 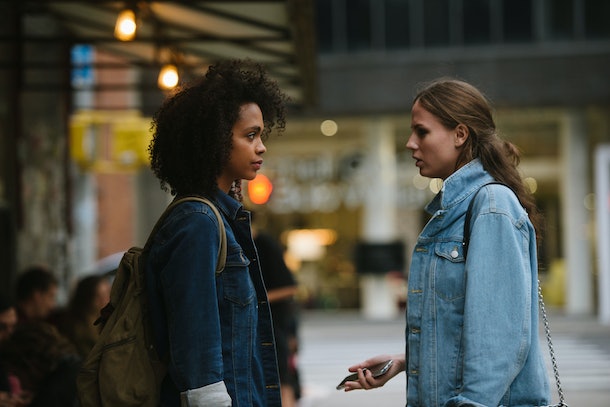 Communication is important in any relationship, platonic or romantic. If you really want to date your friend’s ex, talk to your friend about it. It may feel like a really hard conversation, but having it can work wonders for your friendship. "You can simply ask them how they might feel if you were to date their ex," Dr. Brown says. "If it’s a recent ex, they may likely not be into it. If it’s an older ex from years ago, they may be [more] open to it."

In any event, "the important thing is to let them know that your friendship with them is more important [to you] than dating their ex," he continues. It "would show them that you care about them enough not to do this behind their back." Your friend will likely appreciate you talking to them about it, and may even give you the green light to move forward with their ex. "[The discussion] clears the air before there are any issues," Jennifer B. Rhodes, licensed psychologist, dating expert and founder of Rapport Relationships, tells Elite Daily.

If your friend says they would rather you not date their ex, the next move is yours, Rhodes says. "I’m not sure any romantic relationship is worth losing a good friend," she continues. "But going behind someone’s back or not considering their opinion is not a healthy way to enter into a new relationship." If you choose to date your friend’s ex, despite your friend’s feelings about it, the hard truth is they may not want to be friends with you anymore — at least for a bit.

4. You may face the same problems with their ex as they did. 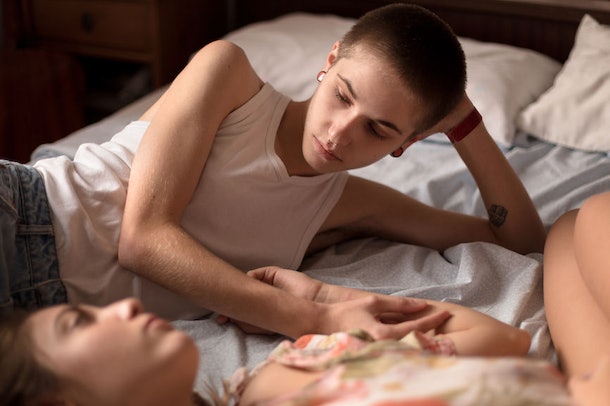 Every couple faces their own issues, but experts say you shouldn’t be surprised if the issues you know your friend experienced with their ex roll over into your new relationship with them.

"Although he may not have been the right fit for your friend, Prince Charming will usually repeat the blueprint of behaviors," Dr. Fran Walfish, Beverly Hills family and relationship psychotherapist, author of The Self-Aware Parent, regular expert child psychologist on The Doctors, and co-star on Sex Box, tells Elite Daily. "If he was consistently tardy and undependable, count on some of that to pop up again with you. If he was deficient in healthy communication skills, he will bring that limitation along with him in his package of strengths and weaknesses."

The idea of "changing someone," while lovely, isn’t always the most realistic, experts warn. "Don’t buy into that fantasy," Dr. Walfish warns. "Change is possible, though it happens to few." It takes an emotional "shakeup," like a crisis or a traumatic event, she says, in order for someone to actually change. Before diving into something new with your friend’s ex, ask yourself whether or not you think it’ll be possible to see change in them. "Ponder that before you enter the honeymoon phase: those first three months of bliss when endorphins run wild, sex is wilder, and you think you’re in love," Dr. Walfish says.

All the moves you make prior to dating a friend’s ex can be important, but this decision does not have to result in the loss of a friendship. Talk to your friend and tell them how you feel, then go from there. Ultimately, the choice is yours.