Home » Lifestyle » Disney VHS tapes value: How much could YOUR old Disney videos be worth?

Watching the original Disney animated Bambi, Aladdin and Snow White movies can bring back fond memories and a feeling of nostalgia. Many of us will have now progressed to DVDs and streaming our favourites, and placed the cassette tapes to the back of a cupboard or tucked away in storage. However, you might want to dust them off as if you have an original ‘black diamond’ version of a Disney classic, you could make thousands.

How much could YOUR old Disney videos be worth?

A quick scroll through eBay and there are hundreds of Disney movies up for grabs, priced at a reasonable £4 to £10 depending on the appearance of the box, the date the copy was released and other factors.

However, if you have a look for “rare Black Diamond” tapes on the auction site, the price increases significantly.

In fact, one set of the videotapes, which includes 10 original Disney classics, is for sale at just less than £14,000.

The collection in question is part of the “rare Black Diamond tapes” which were released by Disney between 1984 and 1993.

The Black Diamond version of the cassette tapes can be identified by the “The Classics” logo.

This is located on the upper spine of the case, surrounded by a black diamond. 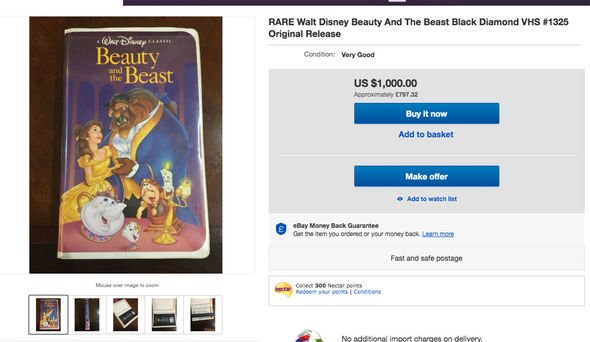 Even if you don’t have a full collection, a copy of the iconic Beauty and the Beast Black Diamond edition is on eBay for £318.13.

Or an even rarer version of Beauty and the Beast with “collectable clamshell case and proof of purchase tag” is on sale for £7,973.21.

Even more staggeringly, a copy of The Little Mermaid professing to have “Out Of Print Banned Cover Art” has a price tag of £7,683.37. 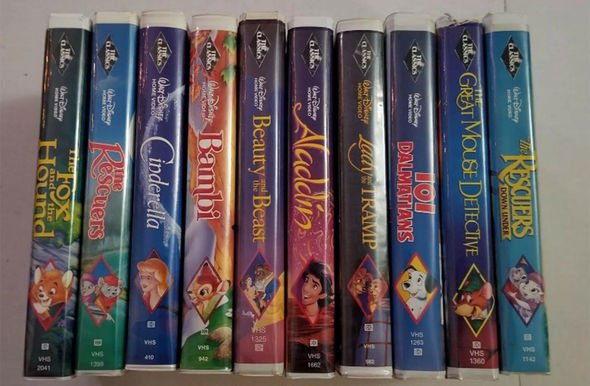 If you’re looking for other ways to profit on childhood favourites, books could be another source of income.

An 1889 edition of Alice’s Adventures in Wonderland and Through the Looking Glass by Lewis Carroll is currently on eBay for £9,500.

Also fetching a pretty penny is Winnie the Pooh by A. A. Milne, with one copy being one of 200 copies in the large paper issue signed by both author & illustrator valued at £7,973.21 on eBay.

Or even have a look through the attic for your old toys, as a pair of unopened Disney inspired Polly Pocket playsets recently fetched AU $2,450, the equivalent of £1,421.29.