Donald Trump is the 45th President of the United States. Mr Trump has announced he and his wife Melania had tested positive for coronavirus and would be quarantining for two weeks while facing treatment for the disease. The diagnosis comes just one month before US citizens head to the polls on November 3. But how much does Donald Trump weigh and what is his BMI?

Mr Trump is the latest in a series of world leaders to fall victim to COVID-19.

In the United States, there have thus far been 7,499,942 coronavirus cases.

There are around 2.5 million active cases of the virus, two of which are the US President and his wife.

President Trump’s diagnosis has prompted speculation about his chances of suffering severe illness from the disease, particularly in Britain where Prime Minister Boris Johnson experienced a serious bout of the infection.

When Mr Johnson was admitted to St Thomas’ hospital with coronavirus, he weighed 17 stone 7lbs.

The Prime Minister is 5ft 9inches meaning his BMI equates to 36.2 which means he is clinically obese.

Reports suggest he has shed at least a stone since his release from the hospital, meaning his BMI is around 34.2. 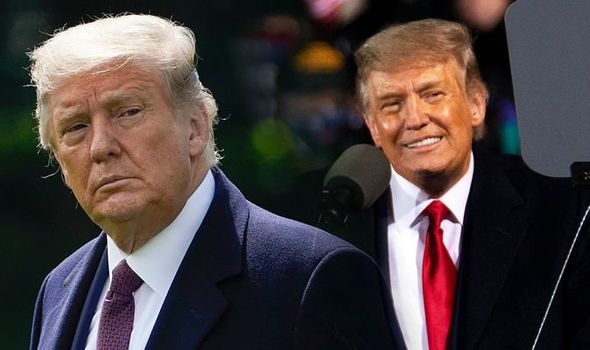 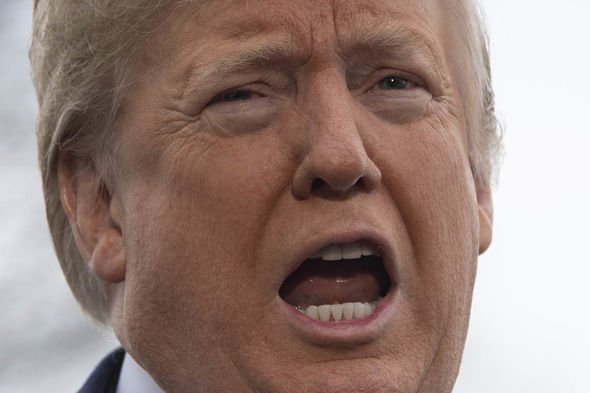 Speculation about Mr Trump has been ignited given his high-risk factors such as his age and physical condition.

The 74-year-old US leader is considered to be at a higher risk of serious complications given those of these factors.

According to statistics published by the US government’s Centers for Disease Control and Prevention (CDC), people in the 65 to 74 age bracket are five times more likely to need hospital treatment than an 18 to 29-year-old.

The CDC also outlined that those in that age bracket are 90 times more likely to die. 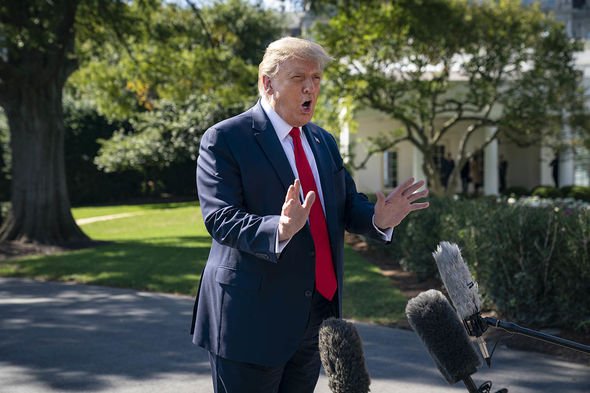 What is the US President’s BMI?

What are the coronavirus risks for obese people?

Obesity is a major risk factor when it comes to coronavirus.

Public Health England research found there had been a dramatic increase in the risk of serious complications, hospital admission and death for people who are overweight or obese.

One study found the risk of admission into intensive care rose by around 50 percent for those who are overweight compared to those with a normal BMI. 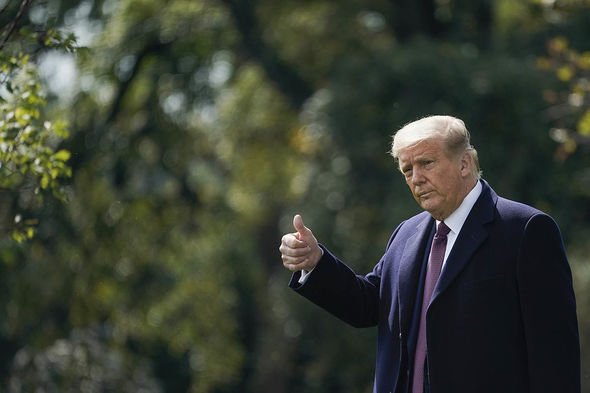 Michael Head, a global health professor at the University of Southampton, said: “The president’s profile would classify him as vulnerable. He is aged 74, and reportedly overweight”.

Prof Naveed Sattar, Professor of Metabolic Medicine, University of Glasgow, told the Telegraph: “Donald Trump has some risk factors such as being male, older (still strongest risk factor) and overweight but if he has no chronic conditions and is reasonably active (it seems likely so as he plays lots of golf and appears to walk quickly) then these may offset or attenuate his risks so that he may recover swiftly from the infection.

“The risk of serious disease and death depends on many factors – some unmeasurable, so there is always uncertainty – and it is not so simple as to make inferences from one or two alone.”

Dr Aseem Malhotra, a senior cardiologist and expert on the risks posed by obesity, said: “It is likely that Donald Trump has metabolic syndrome which puts him at the highest risk of death or hospital admission from the virus”.

White House chief of staff Mark Meadows told reporters on Friday the President and his wife “remain in good spirits”, but confirmed Mr Trump “does have mild symptoms”.

Mr Meadows said: “He continues to be, not only in good spirits, but very energetic.

“I’m optimistic that he will have a quick and speedy recovery.”

Mr Trump however has been characteristically bold and adamant about the state of his health.

He has insisted he is “blessed with great genes” and has “superb” mental abilities.

Previously Mr Trump said: “I consider my health, stamina and strength one of my greatest assets.”

On Twitter, Mrs Trump wrote she also has “mild symptoms but overall feeling good”, adding: “I am looking forward to a speedy recovery.”