Dua Lipa review: This disco diva lays on the glamour

Who is Britain’s biggest female singer? Most people might say Adele, but in Spotify’s monthly top 20, totting up the global audience for each act, she is only No 16, whereas another British woman is No 4. It’s official: Dua Lipa is a superstar.

She was working as a waitress in a cocktail bar when she landed her first contract.

Born in London to Kosovan-Albanian parents and brought up in West Hampstead apart from two years in Pristina, Dua Lipa had done some modelling and drama classes and been spurned by the school choir – often a good omen for a pop career. 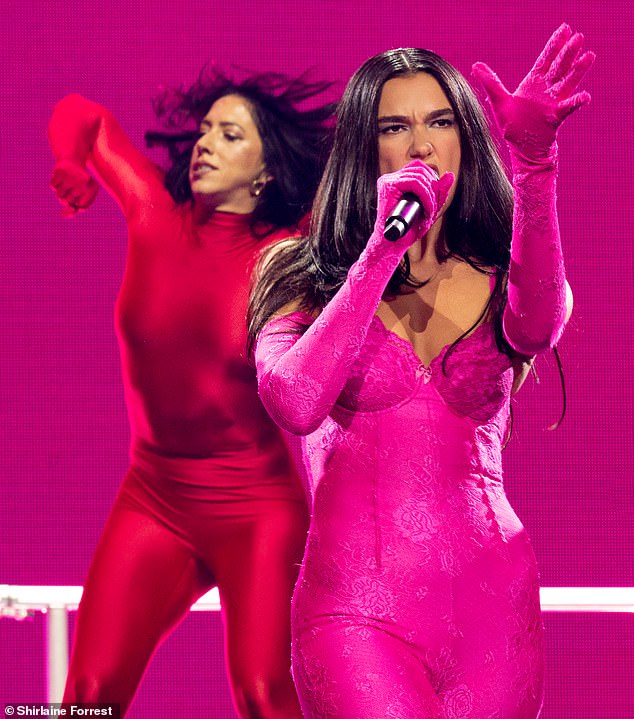 Dua Lipa (above), who was working as a waitress in a cocktail bar when she landed her first contract, has an asset that had almost gone out of fashion in music: glamour

Besides a muscular voice, she has an asset that had almost gone out of fashion in music: glamour. On Instagram, which now counts for almost as much as Spotify, she has 82 million followers.

This tour is all about Lipa’s formidable second album, Future Nostalgia (2020). Thanks to Covid, it became the soundtrack of a time we may never get nostalgic about.

With the nightclubs closed, its disco dynamism could have easily fallen flat; instead, it inspired people to have a ball in the kitchen.

In Manchester, the arena is pulsating with pent-up excitement. Fans even sing along with support act Griff, another gifted young woman of mixed heritage (China, Jamaica and Hertfordshire).

Lipa doesn’t disappoint them, laying on a feast for the eyes – bodysuits and sequins, dancers and rollerskaters, lasers and glitterballs. If all this is standard for female stars of a certain wattage, it’s done with exceptional style and coherence.

Lipa’s own dancing, much derided in the past, is limited but assured. Her singing, bolstered by four backing vocalists, is powerful, and there is even some humour. At one point the dancers clear off, leaving Lipa alone with a giant inflatable lobster.

You don’t get that from Madonna.

After a dip in the middle, the show ends magnificently.

An intoxicating dancefloor segment leads to a fusillade of Lipa’s greatest hits – the comforting Cold Heart (featuring Elton John on video), the slinky Levitating and the barnstorming Don’t Start Now. A superstar indeed.

Warning: the next sentence may make you feel old.

It is now 20 years since Norah Jones released Come Away With Me. The time has flown – but when you hear this new expanded edition of the album, it stands still. 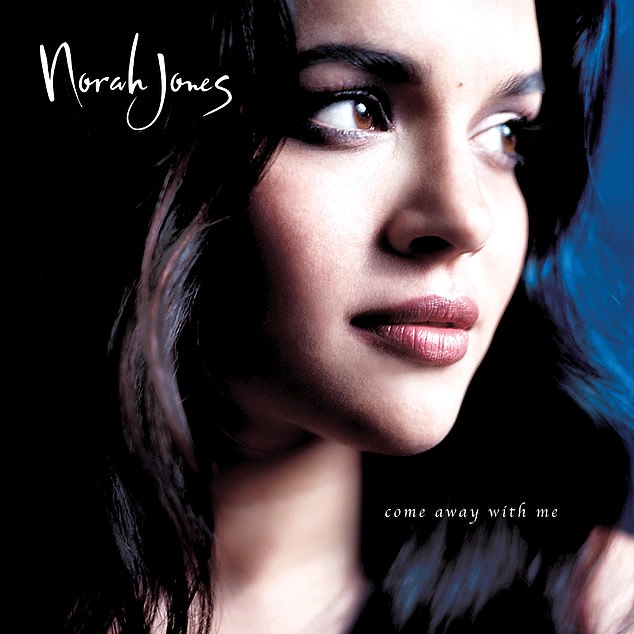 It is now 20 years since Norah Jones (above) released Come Away With Me. The time has flown – but when you hear this new expanded edition of the album, it stands still

The sound is cannily timeless, a crisp blend of country, soul and a little light jazz, served with warmth and intimacy.

In the days when you actually had to buy an album, 27 million people invested in this one.

It can calm you down or cheer you up: you don’t just listen to it, you enter its world.

How to Stay Safe While Flying During the Pandemic