Sharing his thoughts. As Dancing With the Stars viewers await news on Tyra Banks‘ potential return, former contestant Cody Rigsby reacted to the mixed opinions about the host.

Everything Tyra Banks Has Said About Hosting ‘Dancing With the Stars’

“Tyra, I feel like was such a polarizing figure. Either you loved her as a host or people were sometimes mad about it. I don’t know. She was great,” Rigsby, 35, exclusively told Us Weekly after teaching an exclusive live cycle class for media at Peloton Studios New York on Friday, June 10. “It was so iconic meeting her and she was such a lovely person so if she wants to do the job, I hope she’s back. If she doesn’t, then somebody else.”

Banks, 48, previously joined as host in 2020 after Tom Bergeron and his cohost,​​​ Erin Andrews, were let go from the show. Bergeron, 67, was the host for 28 seasons and Andrews, 44, appeared in 2014 after competing as a contestant. 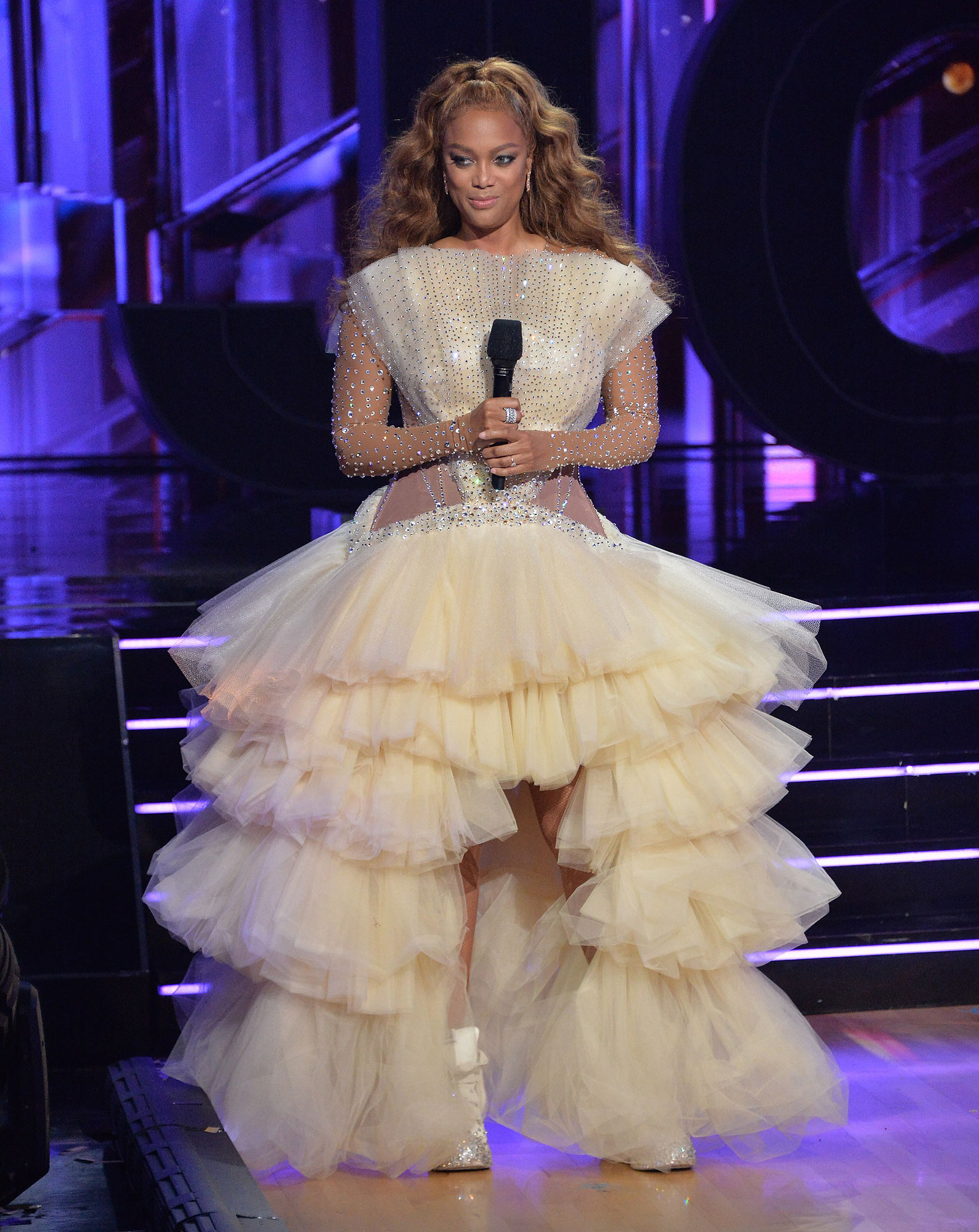 The model later made headlines when Brooke Burke referred to the newcomer as “a diva” behind the scenes. “There’s nothing wrong with that, and I’m not saying anything bad about her. Be a diva,” Burke, 50, said on the “Behind the Velvet Rope” podcast in April. “It’s [just] not the place to be a diva. Your pros are the diva[s], your winners, your perfect 10 score dancer who’s never done it — that defines diva in the ballroom.”

Tom Bergeron! Tyra Banks! ‘Dancing With the Stars’ Hosts Through the Years

Burke also weighed in on the “tough transition” that Banks went through when joining DWTS. “Change is hard for everyone. They’ve gone through a lot on that show, that’s for sure,” the fitness guru added. “You’re just not the star as the host. It’s just not about you as the host, right? So, yeah, I think Tyra is great in a shining role. I will just say that.”

After it was announced that the dancing competition series would be moving from ABC to Disney+, fans have questioned if Banks would be making a return.

Rigsby, for his part, is interested in seeing how DWTS will shake things up on Disney+. “I think streaming Dancing With the Stars is going to be interesting because — I don’t know how it’s going play out but it’s going to be interesting. I always feel like the fan base is specific and I don’t know if there will people that will stream,” the athlete, who was a contestant during season 30, shared with Us. “But hey, Disney executives know more than I will.”

He added: “I think it’ll be great because people will be able to find the show a lot easier and it’s not just like you have to show up at 8 p.m. and watch it. So, I’m also interested to see how they do voting, how it’s going to work.”

Following his time on the show, Rigsby has shifted his focus to helping with the launch of Peloton Studios New York this summer. “I’m not sure exactly how we’re moving forward, but the studio is going to open soon for all of our members and there will be a way to access classes but we’re just working out the kinks right now and we’re going to hopefully open soon so everyone can get a taste,” he told Us.

For the California native, the most exciting part is getting to interact with the people taking his classes.

“I feel like I’m such a different instructor than I was 2 and a half years ago,” Rigsby noted. “You almost have to thank the challenges because it made me so much of a better person. But I’m excited to finally put faces to names that people I’ve seen on the leaderboard or heard stories of and it really just crystalizes this community that we built online. I’m just excited that people get to come to this fitness mecca that is Peloton and really enjoy their favorite instructor and feel it in real life.”