An emergency measure to prevent the cheap takeover of Australian assets by foreign buyers will end this week, prompting calls from Labor to overhaul the foreign investment review system to make it more independent of government intervention.

The value threshold at which a foreign investment decision is vetted by the Foreign Investment Review Board (FIRB) was cut to zero by Treasurer Josh Frydenberg in late March. 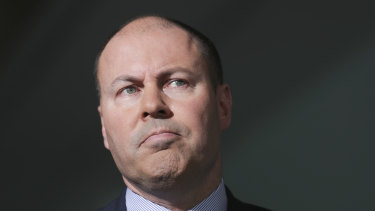 At the time, Mr Frydenberg said the measure was necessary to "safeguard the national interest" due to the financial pressures facing Australian businesses. There were concerns within the business community that cashed-up foreign investors could buy distressed Australian firms or assets.

Before the change, there were varying thresholds at which FIRB would vet a foreign investment move. These thresholds ranged from zero for the purchase of an Australian media company to almost $1.2 billion for a firm from Chile, the USA or New Zealand buying a "non-sensitive" local business.

As part of reforms to the laws governing foreign ownership passed by the Parliament in early December, foreign investors will have to seek approval from FIRB for all investments in "sensitive national security land or business" regardless of value.

FIRB has been given greater monitoring and investigation powers plus stronger enforcement options and penalties.

While the zero threshold on foreign investment vetting ends on January 1, it will continue for acquisitions of "sensitive national security businesses".

Mr Frydenberg said the changes were the most significant in almost 50 years, and noted that even with the emergency measures in place since March, the country had remained a focus of foreign investors.

"While the temporary thresholds have enabled greater scrutiny of investments, Australia has remained an attractive destination for foreign investment. Foreign investment inflows have remained robust during the pandemic, supporting Australia's economic recovery," he said.

But Labor assistant treasury spokesman Andrew Leigh, in an essay published in The Australian Financial Review, said the current FIRB system risked hurting the nation's recovery from the coronavirus pandemic.

He said screening thresholds could be consistent across countries rather than vary depending on whether a nation is a signatory to a free trade agreement or if the asset is connected to a particular sector.

Dr Leigh said with the FIRB getting more powers from the federal government there was a case for the authority, which is chaired by former ASIO and ASIS director-general David Irvine, to be made more independent.

"As the Foreign Investment Review Board evolves from a gatekeeper to a regulator, it may need more independence than its current structure allows," he said.

"The definition of a 'sensitive national security business' risks creating a system that is even more vague and arbitrary, raising the cost for legitimate foreign investors of doing business in Australia."