NEW Chancellor Jeremy Hunt will give a mini budget update today in a bid to help stabilise the markets – and help Liz Truss survive as PM.

He will give a statement to cameras at 11am and then reveal his full plans to the House of Commons at 3.30pm. 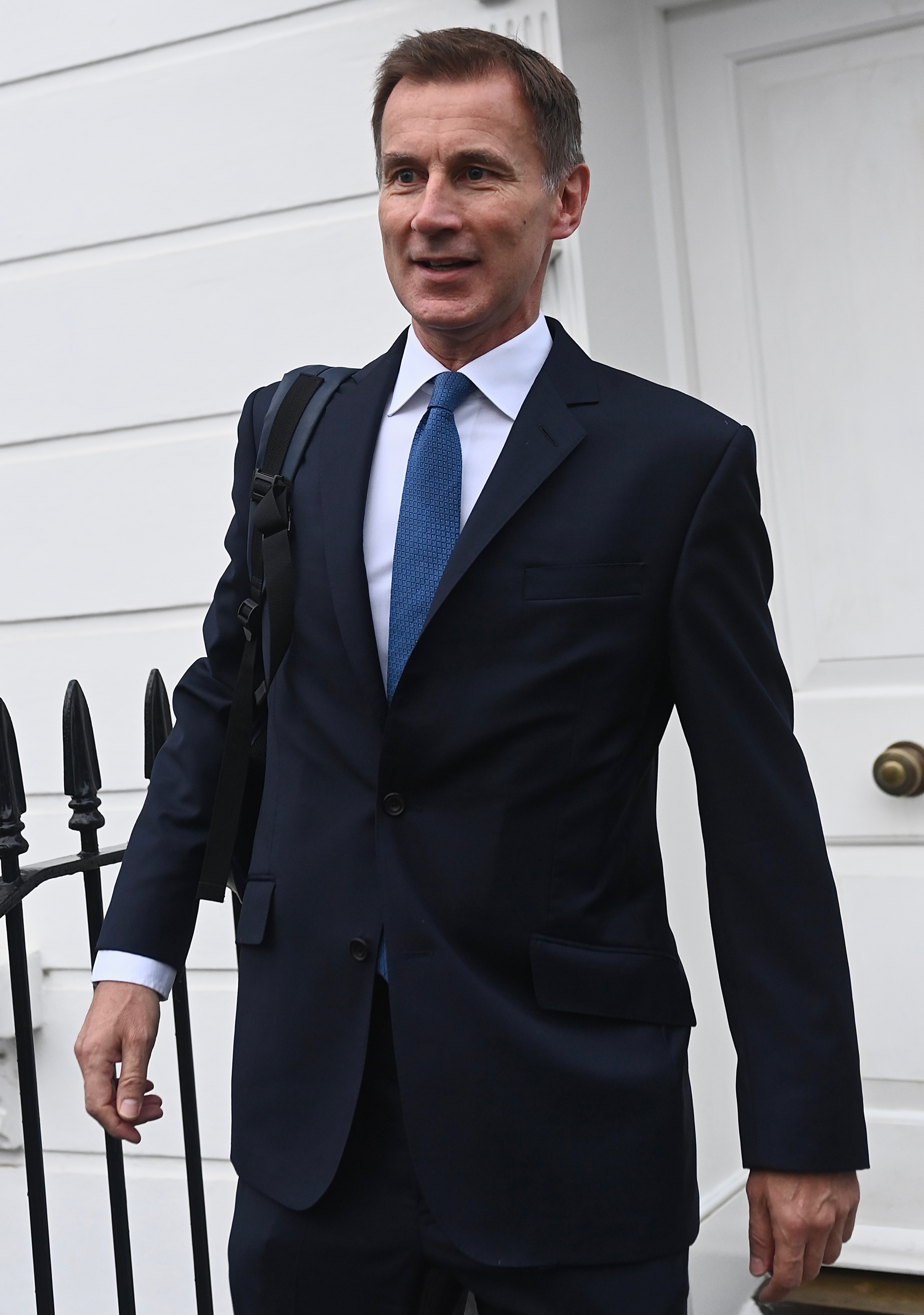 The announcement was dramatically brought forward after a torrid weekend for the PM, as MPs are openly plotting how to force her out.

What can we expect from today's mini budget statement? Here's what we know.

Most of the previous mini budget and growth plan announced by the Chancellor is expected to be ditched today.

Liz Truss and Jeremy Hunt met over the weekend to hammer out the details.

The only policies which are likely to survive are the National Insurance cut – which has already started to go through Parliament – and the stamp duty slash.

Everything else announced by Kwasi Kwarteng could be junked in a bid to prove to the markets that the government is still fiscally responsible and won't borrow billions of pounds without clarifying how it will be paid for.

The energy bills package, which will cap the average bill at £2,500 for two years could also be altered.

Ministers are discussing whether to change it in year two to be better targeted – if gas prices fall as expected.

The package was set to cost around £70bn a year.

But the first year of cut price bills will be guaranteed as planned.

The one penny off income tax which was scheduled to take place from April is likely to be pushed back or scrapped.

The new chancellor was due to make an updated statement on October 31 – but most of the main announcements are now expected today.

An Office for Budget Responsibility analysis of the government's plans is still due on October 31.

Mr Hunt is hoping that his statement today will stabilise the pound and markets and buy Ms Truss time.

He will answer questions from MPs in the afternoon in a bid to reassure them they shouldn't try and oust the PM.

Meanwhile in Westminster, Tory MPs are openly planning on how to get rid of her and replace her with someone else.

Just five weeks into her government, half a dozen Tories have called on her to go.

But they can't force a leadership challenge until she has been in power for a year as Tory leader.

Some MPs are pressing party grandee Sir Graham Brady to alter the rules if she can no longer have the support of the party.

Others are discussing whether a unity candidate like Ben Wallace might be able to take her place.

And some are trying to parachute in Rishi Sunak or Penny Mordaunt who came in second and third respectively in last summer's leadership contest.