Rihanna shows up late to her own Met Gala afterparty

Last Christmas I gave you my … dress?

After Addison Rae made her Met Gala debut Monday night in a vintage red Gucci gown, many fans wondered if she’d borrowed the dress Kourtney Kardashian wore for Christmas in 2019.

While the famous friends’ styles are, in fact, different dresses, they both came from the same 2003 Tom Ford for Gucci collection.

And since the Poosh founder’s festive dress featured the same curve-hugging skirt and corseted bodice as Rae’s, minus the straps, it’s easy to see why Twitter users assumed the “She’s All That” star had scored a high-fashion hand-me-down from her BFF.

One wrote, “addison rae really showed up in the shein version of kourtney kardashian’s christmas party dress,” while another asked, “Why’d they dress Addison Rae in Kourtney Kardashian’s Christmas dress as if people weren’t gonna notice? They did her so dirty.”

Although she’s yet to directly address the Kardashian comparisons, it seems Rae had several muses in mind for the Met. She teased her look prior to the event, sharing a series of Instagram Stories of stars including Marilyn Monroe, Cameron Diaz, Julia Roberts and Britney Spears wearing red gowns.

Stylist Law Roach also shared images of the ensemble, alongside photos of the 2003 runway look. 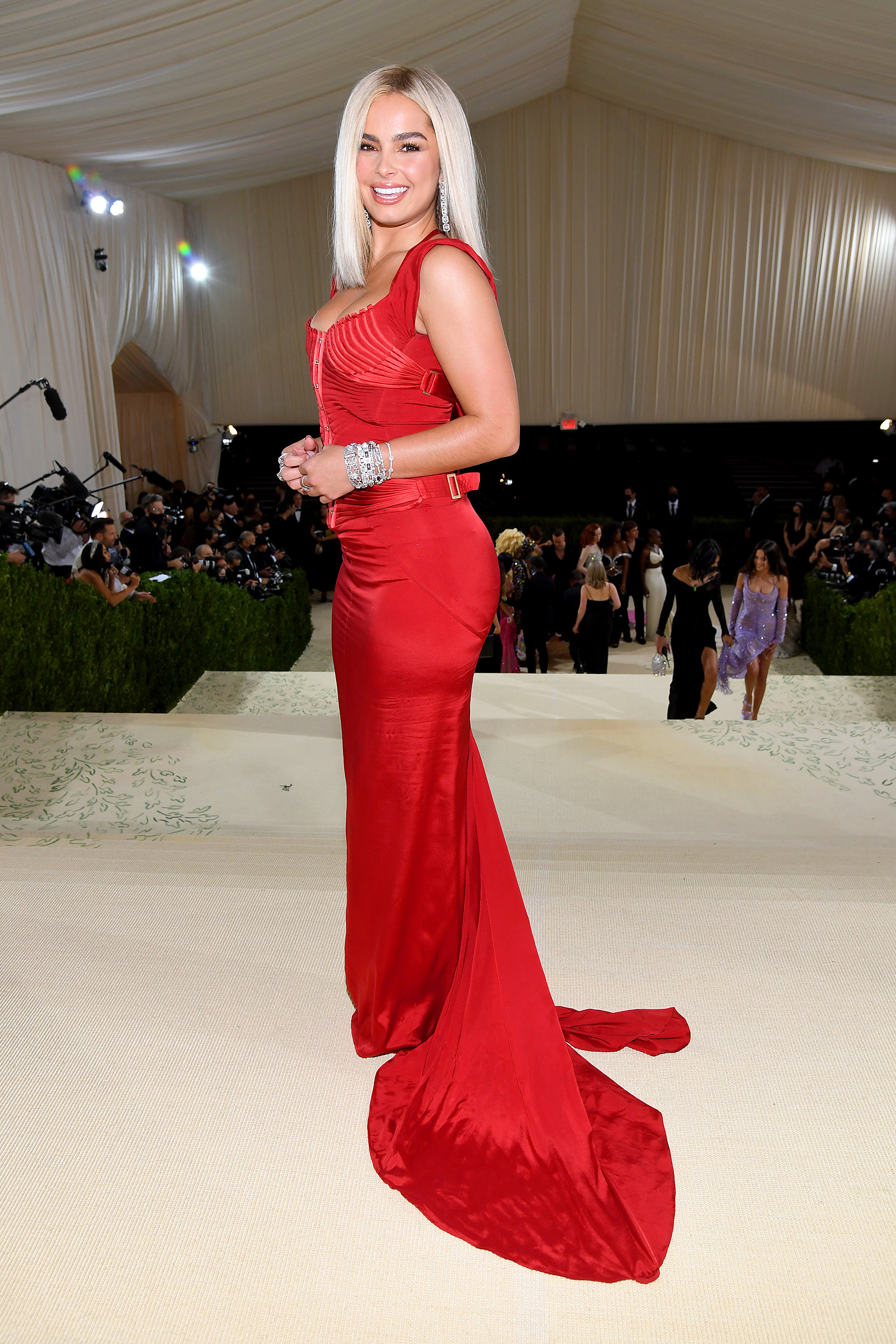 It’s certainly not the first time Rae, 20, and Kardashian, 42, have sported almost-identical outfits; The famous friends tend to twin during their outings and photoshoots, matching in everything from bikinis to pajamas.

The pair have come a long way since meeting through Kardashian’s son Mason last year, with the TikTok star even making cameos in the final season of “Keeping Up With the Kardashians” while Kourtney costarred in Rae’s recently-released Netflix film “She’s All That.” 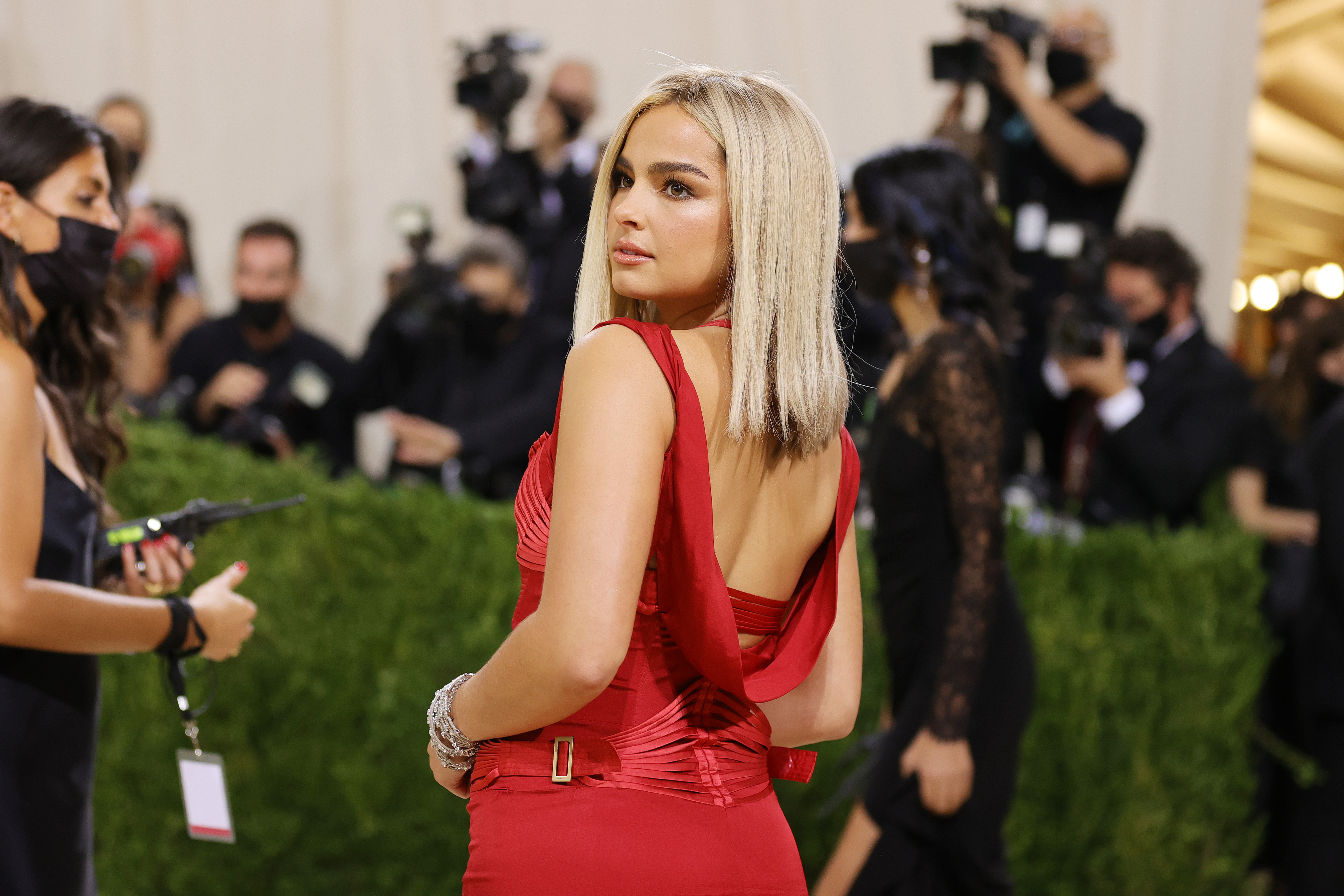 Rae’s appearance at the Met Gala seemingly came amid a shift for the hallowed event. With more and more social media stars on the guest list, a publicist with A-list clients previously told Page Six that the gala had “gone from super prestigious to [being] full of influencers.”

While Kourtney’s mom Kris Jenner and two of her sisters, Kim Kardashian and Kendall Jenner, all attended this year’s event, she and boyfriend Travis Barker have yet to make their own Met Gala debut.