A senior federal government minister has cast doubt on whether the US rapper formerly known as Kanye West will be let into Australia, due to his praise for Adolf Hitler and verbal attacks towards Jewish people, as he reportedly considers meeting his new partner’s Australian family.

Despite there being no evidence yet that musician and designer Ye actually plans to travel to Australia, Education Minister Jason Clare told Nine’s Today show on Wednesday those with similar views to the celebrity – who told right-wing conspiracy theorist Alex Jones last year he likes Hitler and loves Nazis – had been rejected when they applied for visas in the past.

“I don’t know if he’s applied for a visa yet, but Google it, you will see that he seems like he’s a pretty big fan of a person who killed six million Jewish people last century. People like that who’ve applied for visas to get into Australia in the past have been rejected,” Clare said.

“I expect that if he does apply, he would have to go through the same process and answer the same questions that they did.”

“Awful is probably an understatement” is how Clare described Ye’s statements in recent months, which cost the critically acclaimed artist millions of dollars in business deals.

Opposition Leader Peter Dutton joined some Jewish community leaders in calling for Ye to be denied entry on Tuesday, if he tries to visit the family of Melbourne-raised Bianca Censori, who he reportedly “married” earlier this month. 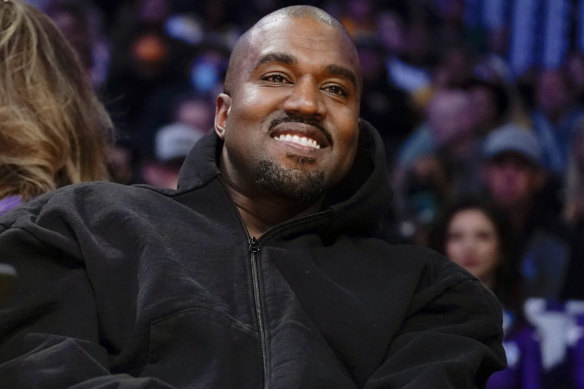 Dutton told Melbourne radio station 3AW that Ye’s comments about Jewish people were “disgraceful, his conduct and his behaviour is appalling, and he’s not a person of good character”.

“I’ve got to say, my inclination would be not to allow him in. The minister’s got a lot to weigh up, but I must say my instinct would be if I was that decision maker, I think there are better people we could welcome in,” the former home affairs minister said.

Ye has toured Australia multiple times over the past two decades, including supporting U2 on a stadium tour in 2006, and selling out concerts around the country.

Former immigration department deputy secretary Abul Rizvi told this masthead on Tuesday that it was probable Ye would apply for a family or visitor visa should he come to Australia and his distasteful views might not be grounds for refusal, unless the minister decided there was potential for incitement of violence if Ye was allowed entry.

Peter Wertheim, co-chief executive of the Executive Council of Australian Jewry, has written to the immigration minister calling for Ye to be denied entry to Australia.

“Unfortunately, because of his status as a celebrity musician, West has the capacity to exercise enormous influence over younger people,” his letter said.

The Anti-Defamation Commission’s Dvir Abramovich, another Jewish community representative, said Ye should not be allowed entry because he was a Holocaust denier with links to white supremacists and has issued death threats against the Jewish community.

In December, Twitter boss Elon Musk said Ye had been banned from the platform for violating “our rule against incitement to violence”.