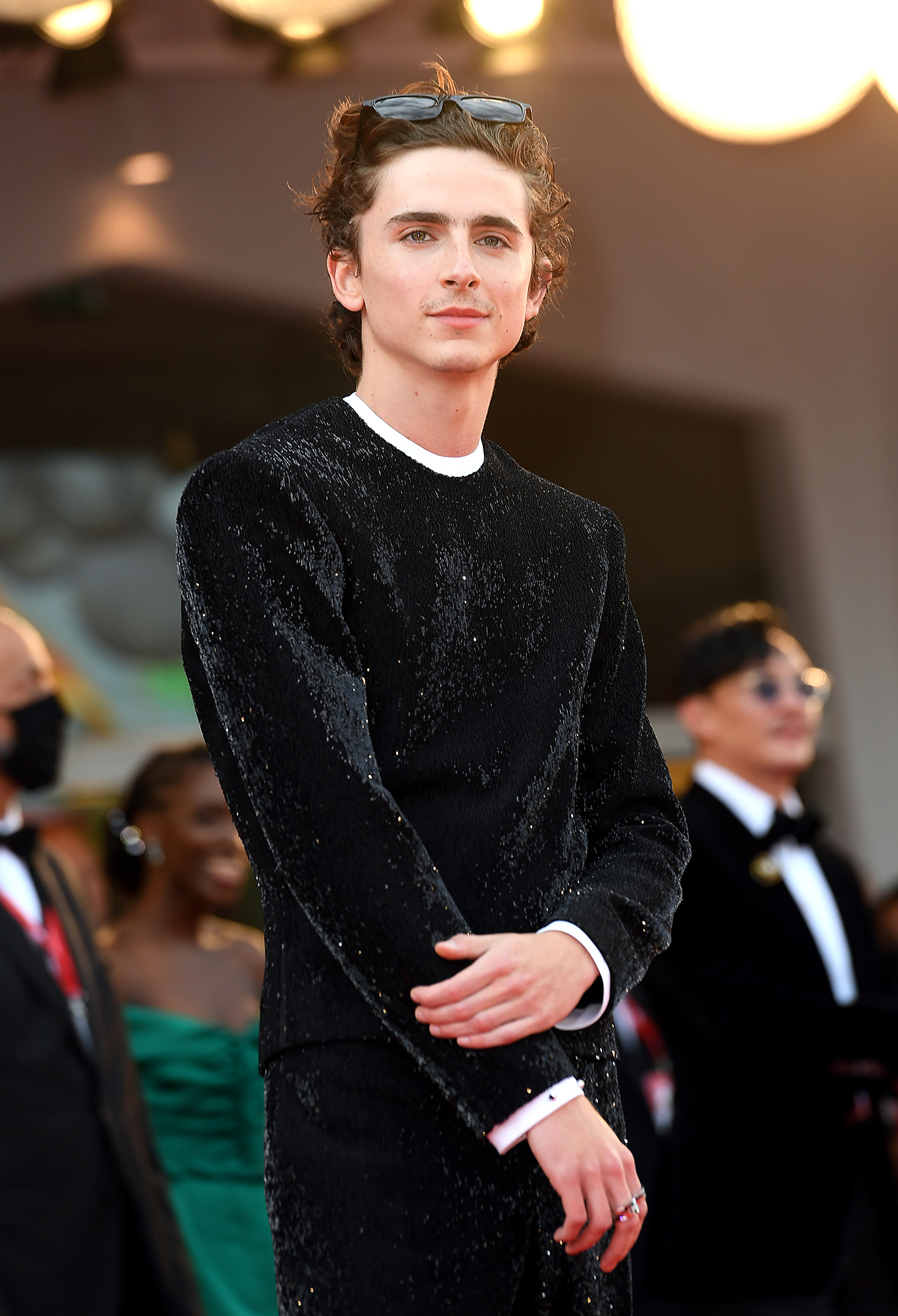 The candyman’s here! After it was announced that Timothée Chalamet would portray the legendary Willy Wonka in a new origin movie, the leading actor has shared the first look at his character.

“The suspense is terrible, I hope it will last … 🏭WONKA🍫,” the Little Women actor, 25, captioned two photos from the Wonka flick via Instagram on Sunday, October 10.

In the first snap, Chalamet donned a velvet magenta overcoat, multicolored scarves and a brown top hat, giving some serious side-eye to the camera. In a second image, the Dune star reached for a tiny wrapped, purple present.

The social media upload quickly went viral, garnering more than one million Instagram likes in less than one hour after he posted it. Fans were quick to share their excitement about the movie and Chalamet’s role as the iconic chocolatier.

“OH MY GOD,” actress Kiernan Shipka commented, as another fan added, “I HAVE NEVER BEEN SO EXCITED FOR ANYTHING.”

A third fan also quipped, “OMG THIS IS EVEN BETTER THAN I IMAGINED. 👏👏👏👏.”

It was first announced that the New York native had landed the role of the Roald Dahl character in May, Deadline reported at the time. The new movie is set to focus on Wonka’s life before opening his famed chocolate factory. The outlet even noted that this picture with “mark the first time Chalamet gets to show off his singing and dancing skills” with “several” musical numbers set to be included in the production.

Shortly after Chalamet’s casting was revealed, social media had mixed reactions, as many individuals were curious why filmmakers sought to revisit Gene Wilder’s beloved role from 1971’s Willy Wonka & the Chocolate Factory.

“Who watched Willy Wonka and thought, ‘I need an origin story for this weird bitch,’” one social media user tweeted at the time.

“I will simply choose to not process the Timothée as Willy Wonka news,” another noted.

Ahead of his debut in Wonka, which recently began production in the U.K, the Call Me By Your Name star will next be seen in Denis Villeneuve’s Dune remake, out later this month. Chalamet plays Paul Atreides, acting opposite Oscar Issac, Jason Momoa, Rebecca Ferguson and Zendaya.

The 53-year-old director previously gushed over working with the Lady Bird actor in October 2020.

“I felt like Timothée was deeply seduced — or maybe not seduced, but I just felt it was like a kid being with older brothers,” Villeneuve told GQ at the time. “He was younger, he was the little one on set, and everybody loved him. There’s a scene in the movie where Timothée runs into the arms of Jason Momoa, and Jason grabs him like a puppy and lifts him into the air like he was a feather. And that’s real! They really loved each other. It was very beautiful to see this young man being influenced by these people he admires.”