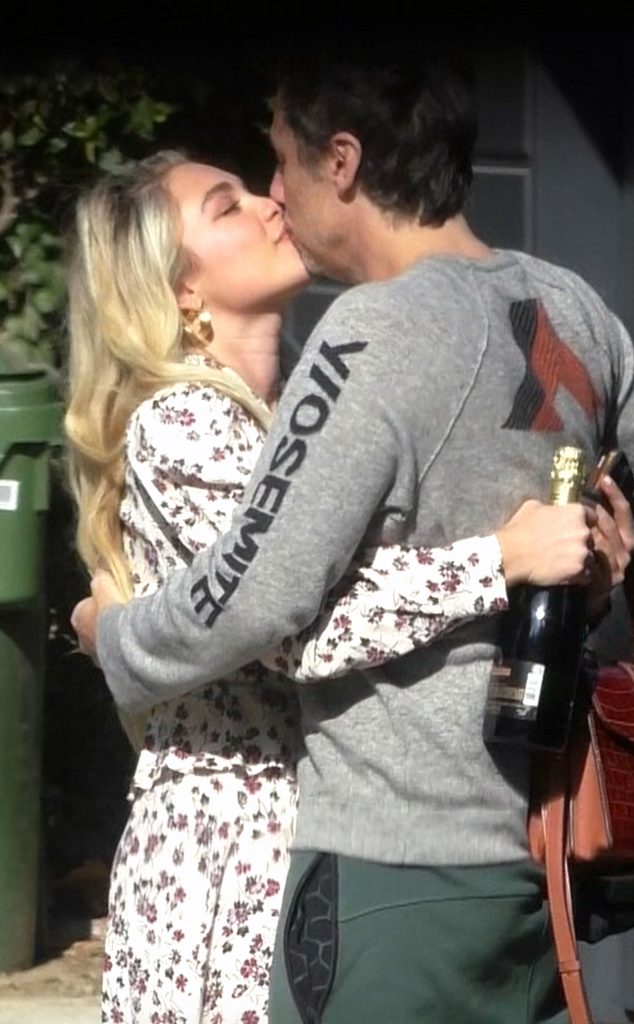 The star was nominated for Best Supporting Actress during the 2020 Oscar nominations on Monday morning, receiving the honor for her performance in Greta Gerwig‘s Little Women.

To celebrate the major career milestone, the Midsommar actress spent some time with her boyfriend, Scrubs alum Zach Braff. The two lovebirds (who have been connected since April) were photographed kissing in Los Angeles on Tuesday after Pugh did some Oscars press. In the photos, the 24-year-old star is seen wearing a long-sleeved floral dress and clutching the bottle of champagne. As for Braff, 44, he’s wearing a grey long-sleeved shirt and green pants in the shots.

Of course, Pugh started her celebrating the second she learned of her nomination Monday morning. Following the early morning broadcast, Pugh reacted to her nomination on Instagram by sharing a topless photo of her screaming into her phone. (She employed some cleverly placed avocado emojis to keep things PG.)

In an interview with E! News, Pugh said she couldn’t help but share the pic, as it perfectly encapsulated her feelings in that moment.

Describing the moment her publicist called her to share the news, the Black Widow actress said, “You know that thing where you need to turn down the music to think better? It was kinda like I was getting too excited that I needed to take the phone away from my ear, so I put it on speaker and I was just staring at the number ticking by. I had to post it, it was just pure joy.”

She also revealed that she slept through the nominations because people at the 2020 Critics’ Choice Awards made her worry about them.

Clearly, there was no need to worry.