Fans of the Netflix “Selena: The Series” show based on the late Tex-Mex music queen Selena are now able to dress in her style via Sonora’s take on the Western look. The footwear brand, which rose to fame in the 1980s and the ’90s, is making a comeback thanks to a team of Italian investors and entrepreneurs.

Originally established in the early ’80s to meet increasing demand for cowboy boots across Europe and Asia, Sonora became popular thanks to its combination of high-quality and rock-glamour style, highlighted by advertising campaigns shot by Los Angeles-based photographer Paul Jasmin.

Guess cofounder Georges Marciano also contributed to the success of Sonora in the late ’80s by supporting the launch of the brand’s low boot, a sort of slip-on with the pointy toes and cowboy heels of Western boots.

But — like a wide range of brands in the ’80s and ’90s, such as El Charro, Best Company and Naj-Oleari in Italy — Sonora fell into the wrong hands and eventually into oblivion.

Leveraging on the perennial fascination with the Western look — recently boosted by another series, “Yellowstone” with Kevin Costner — shoe expert Maurizia Lastilla, former director of international sales and merchandising at Stuart Weitzman, aims to bring Sonora back to its original status. She is being supported by two main partners: Panda Partecipazioni, a holding company with investments in a range of businesses, including fashion and digital media, as well as Jaxster Capital, a Milan-based private investment firm operating in several industries, spanning from health care and renewable energy to services and real estate.

“I owe Stuart Weitzman a lot. With his humble attitude and incredible vision, he taught me to really love shoes. He strongly believes that shoes say a lot about a person and they are key tools to feel good with ourselves,” said Lastilla, who helped the American footwear designer expand his business in Europe. “In keeping with this vision, I think that cowboy boots offer men and women that great balance between style and comfort. They work well with everything and while offering the same comfortable fit of sneakers, they help elevate one’s look better.” 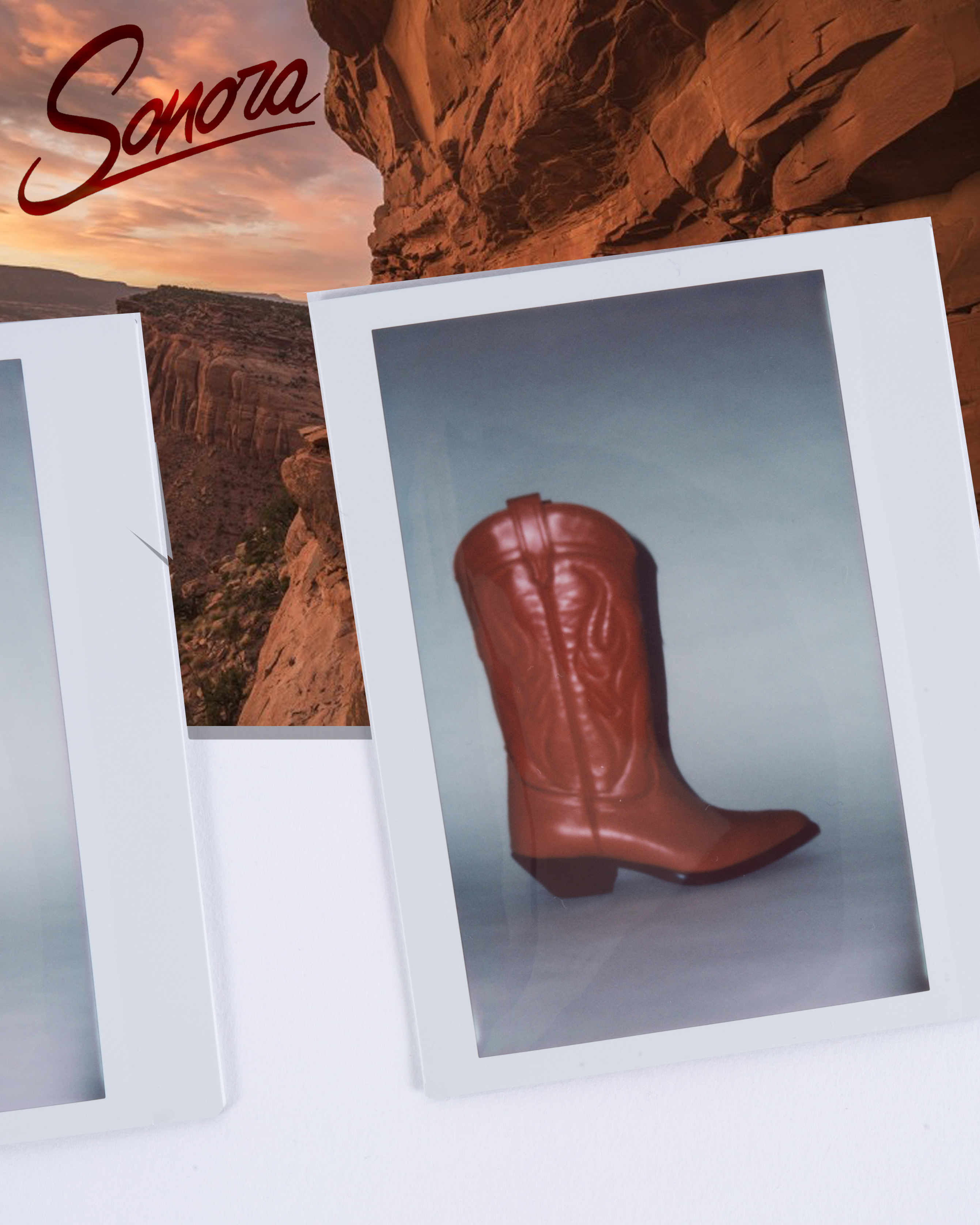 A style from Sonora’s fall 2021 collection. Courtesy of Sonora

According to Lastilla, who oversees the brand’s development, production and commercial strategy, Sonora will launch, or relaunch, with the fall 2021 season focusing on three main styles: The Santa Fe, a classic Western boot with a slightly higher heel; Hidalgo, a Chelsea boot enriched with Western details and embroideries, and Chihuahua, an updated version of the aforementioned low boot launched in the ’80s with Marciano.

Former investment banker Nicola Nori, who handles the business side of the brand, explained that Sonora will be positioned in the affordable luxury segment, offering Made in Italy quality and design at prices that are 50 percent lower than those of luxury labels. Sonora boots will launch with retail prices spanning from 390 euros to 700 euros.

Sonora shoes, which will be sold from the brand’s Milan showroom, are entirely manufactured in an Italian factory located in the Marche footwear district, home to some of prestigious shoe companies including Tod’s and Santoni, among others.

“Our goal is to start with shoes, but in our vision, Sonora is expected to grow as a lifestyle brand with different categories offering products rooted in our signature glamorous, unapologetic take on the Western aesthetic,” Nori said.

He explained that while Italy and Europe are the first markets to target, he believes that Sonora has potential to grow in the U.S. and Far East as well.

“Historically, for example, Sonora had a great presence in Japan, which in the ’90s accounted for 30 percent of the company’s business,” he said.

South Korea and Greater China can be appealing for Sonora, too. “It’s not easy to sell Western boots in the Far East, but we aim to develop a strong communication strategy that can generate appetite also in those markets,” Nori said.

Luca and Alessandro Morelli, two Italian brothers and photographers who were launched by stylist and Vogue Japan fashion director Anna dello Russo, will try to follow Jasmin’s footsteps with the aim of creating similarly bold and impactful images for Sonora’s advertising campaigns, starting with the fall 2021 season.

Sonora’s first drop will be available starting from April at the brand’s online shop, carrying the three main styles developed in both calf skin and polished leather in a restrained color palette of black, white and cherry red. The whole collection will hit multibrand stores in June.