PUBS, casinos and bowling alleys are among the businesses that must shut in Tier three areas, including London and parts of Essex and Hertfordshire.

Health secretary Matt Hancock today confirmed that these areas will be next to go into Tier three in an update in the House of Commons this afternoon. 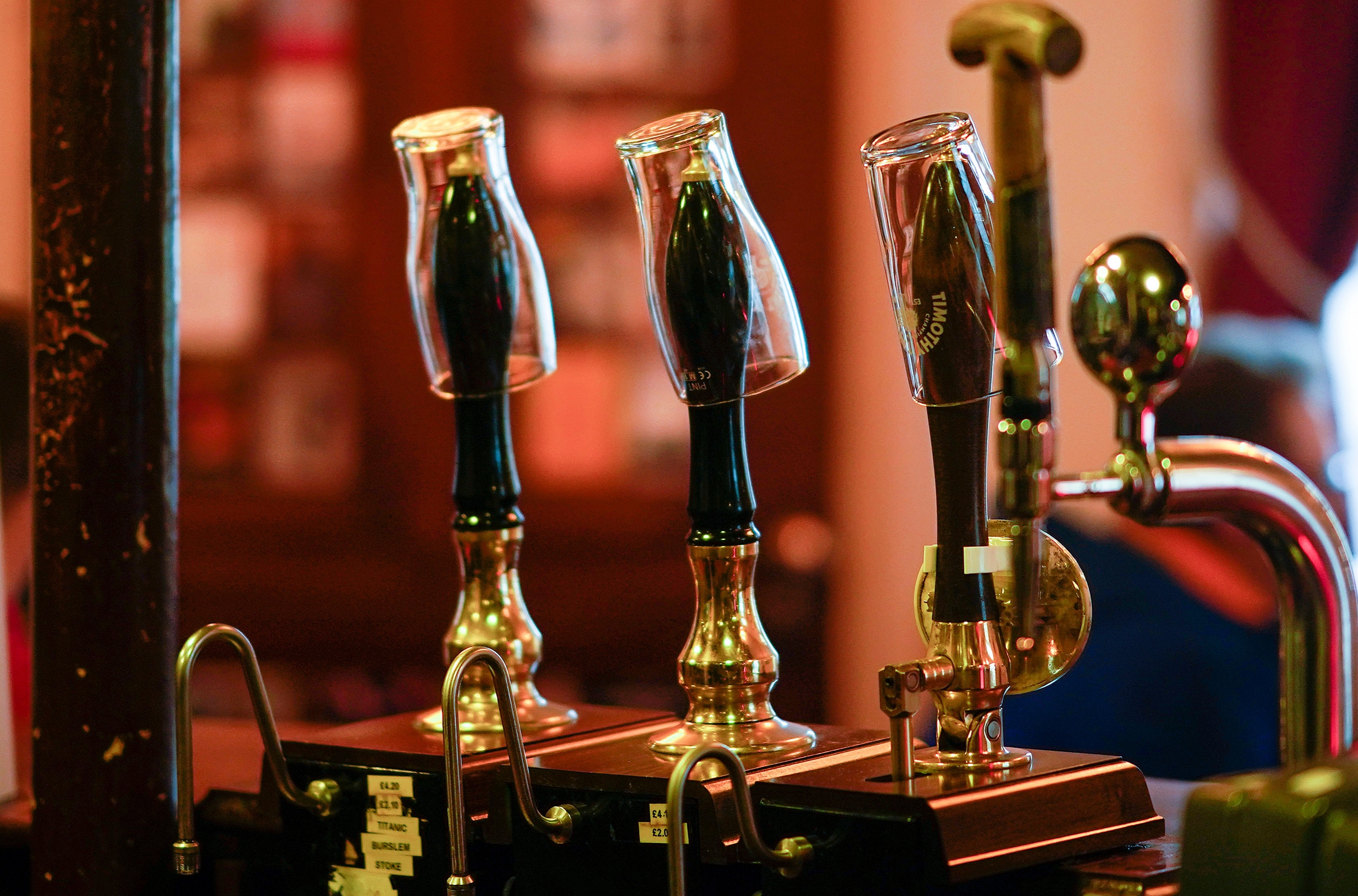 The new restrictions will come into force from 12.01am on Wednesday.

Pubs, cafes and restaurants must remain shut in Tier three areas except for takeaway and delivery services, and households cannot mix except in public places outdoors.

It also means that indoor theatres and museums will soon be banned for Londoners and some people in Essex and Hertfordshire.

But gyms, hairdressers and beauty salons are allowed to stay open, along with non-essential shops.

Which areas must close in Tier three areas?

THIS is the list of businesses that must close in Tier 3 areas currently. 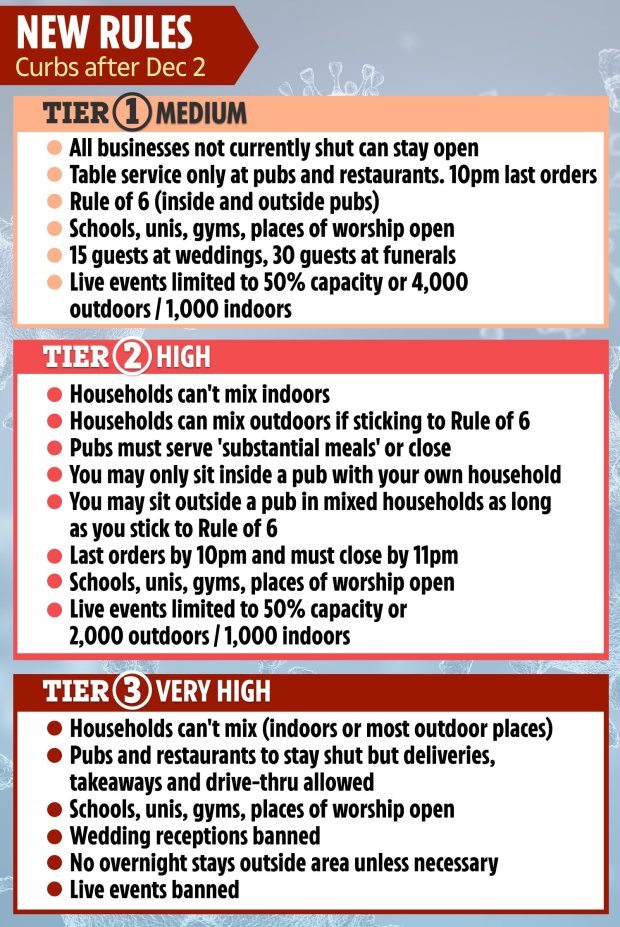 It comes after Mr Hancock warned that cases are doubling every seven days in some areas, and a new variant of the virus has emerged in the south east of England.

Tier three is the toughest set of restrictions applied to "very high" risk areas. London, Essex and Hertfordshire are currently in Tier two.

The next review of the tier system will be on 23 December.

Mr Hancock said this afternoon: "When the virus is growing exponentially, there is not a moment to spare.

"Hospitals across the countries of Essex and Kent are already under pressure, and we know the doubling of cases will be mirrored in hospital admissions, and it only takes a few doublings for the NHS to be overwhelmed."

The full list of places going into Tier three from Wednesday are:

What businesses can remain open in Tier 3?

THIS is the list of businesses that can stay open in Tier 3 areas currently.

The announcement from Mr Hancock comes after London Mayor Sadiq Khan revealed there had been a 75% surge in cases in the city.

Speaking earlier today on Sky News, Mr Khan: "It's possible because we've seen over the last few days a big increase in the virus."

London’s hospital occupancy now stands at 93% too, with MPs worried about the impact in January, one of the busiest times of the year.

The new tier locations in England were unveiled on November 26 by Matt Hancock, with a staggering 99% of the country plunged into Tier two or Tier three.

Mr Hancock had previously said he was "particularly concerned" about the number of coronavirus cases in London, Kent and Essex.

Tier 2 Covid restrictions: What are the rules and which areas will be affected?

Boris Johnson has announced a slight relaxation of Covid-busting restrictions for Christmas – here's what you need to know.

Shops, gyms, personal care businesses and leisure facilities have only just reopened on December 2 in England.