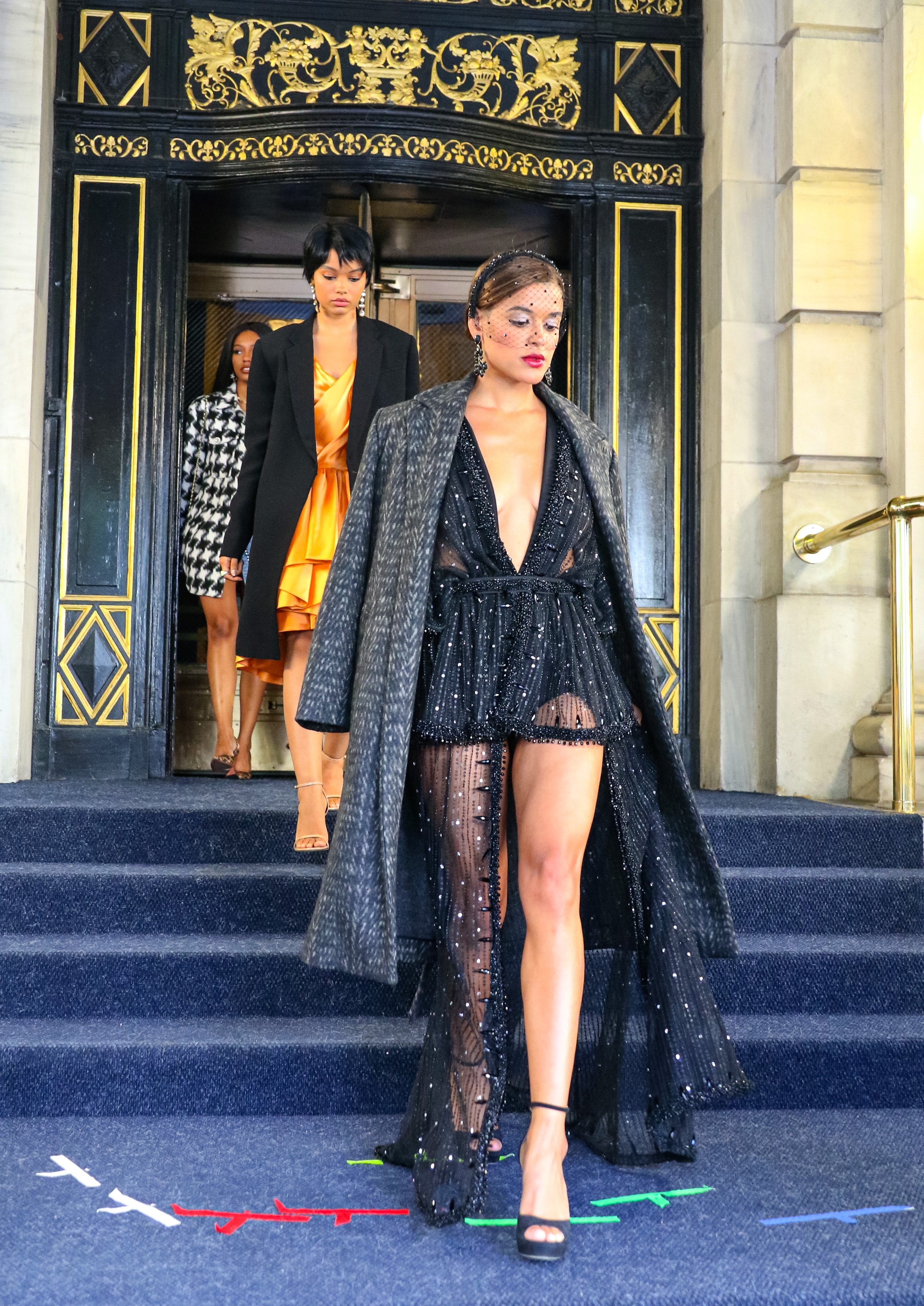 That particularly tense image of Beyoncé, Solange, and Jay-Z leaving New York’s Standard Hotel after the 2014 Met Gala has already found its place in the paparazzi hall of fame. Still, we weren’t exactly expecting to find HBO Max’s upcoming Gossip Girl continuation would recreate it. But photos emerged nonetheless this morning of stars Whitney Peak, Jordan Alexander, and Savannah Smith dressed up in homage to the moment. We guess it tracks—Peak and Alexander’s characters were recently revealed by Vulture to be (and we guess this comes with a slight spoiler alert) half-sisters.

Peak is seen in an orange dress reminiscent of the 3.1 Philip Lim gown that Solange wore that night. Alexander, who normally sports a shaved head, wears a wig and a sheer black number meant to resemble the Givenchy gown Riccardo Tisci designed for Beyoncé that year. Smith, in the background, doesn’t really seem to be intentionally channeling Jay’s white tux, though she plays the part of his stand-in amid the milieu.

It’s a pretty convincing homage, though in the original photos it’s notably Solange who leads the way out of the door. This setup was also not actually filmed at the Standard.

What’s really going on here? Well, the first half of the first season of Gossip Girl will premiere on HBO Max July 8th, and we’d assume that pack of episodes has already been filmed (the cast has been filming for seemingly ever now). The second stretch of the season will premiere later this year, which is what we assume they’re busy filming now.

So, it’s very possible this particular scene may be on a Halloween episode. That might also explain why the characters are wearing coats, even while it’s particularly warm in New York City at the moment. (The Knowles sister weren’t actually wearing coats in the original photo, either.)

Other actors in the reboot were also spotted on set in outfits that would suggest Halloween costumes, though it’s not immediately clear what they’re supposed to be dressed as.

Is it possible that Eli Brown’s character is supposed to be the beloved Glenn Close character Albert Nobbs? We guess we’ll have to wait until the episode premieres to find out.