Savvy grandmother reveals how she transformed her 15-year-old kitchen for just £400 with paint and new blinds – after being quoted £3,000 for a revamp

A crafty hairdresser has revealed how she gave her kitchen a luxury £3,000 makeover for just £400.

Jennie Farish, 57, from Egremont, Cumbria, wanted to change the look of her 15 – year-old kitchen, but was quoted £3000 that she couldn’t afford.

She then decided to paint the kitchen herself – with high-end paint – and added blinds, absolutely transforming the room for less than £400.

Jennie, who lives with her daughter Abigail, 23 and granddaughter Alice, 3, says she was initially quoted £1600 for a spray paint job and then £3000 for hand-paint but as she is quite creative, she decided to save the cash and did it herself. 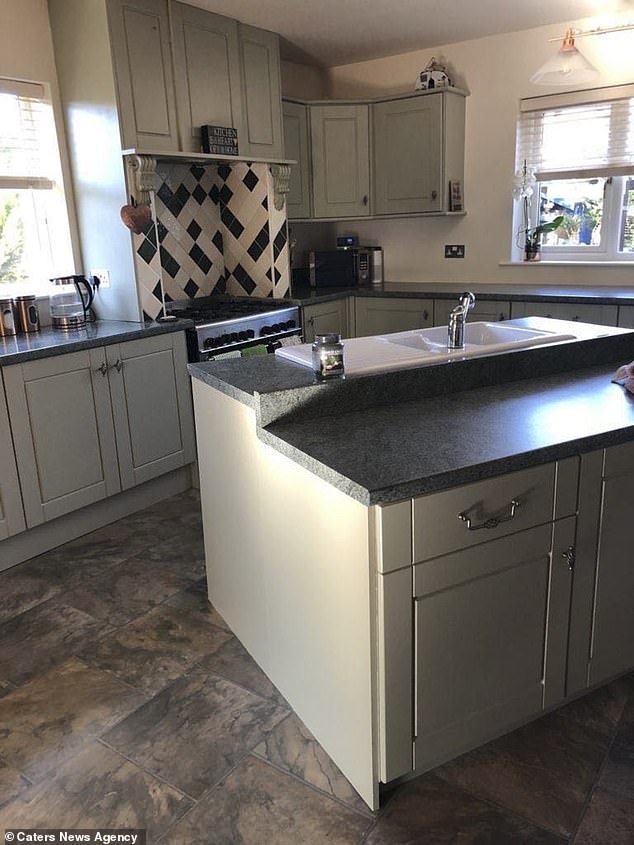 Grandmother Jennie Farish, 57, from Cumbria, transformed her kitchen with a makeover costing £400 after she was quoted £3,000 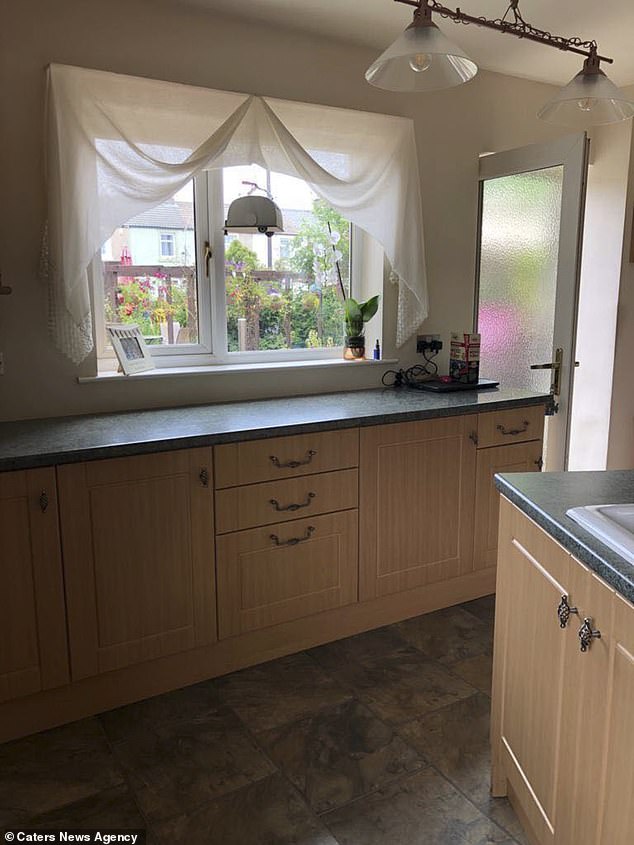 The grandmother had been in desperate need of a new kitchen, but said when she was quoted £3,000 she knew she couldn’t afford it (pictured, before) 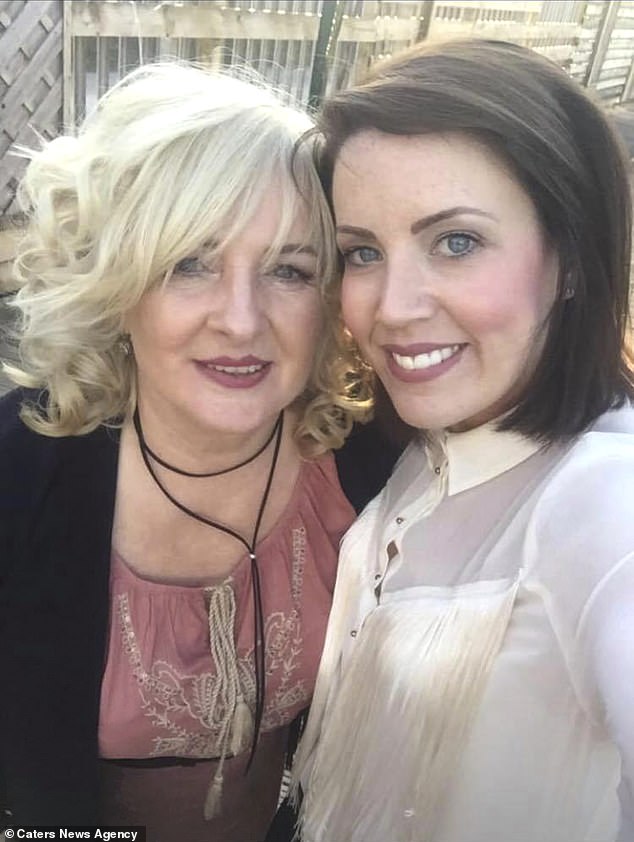 The grandmother said her daughter Abigail, 23, offered to help, but she was determined to finish the project herself

The savvy grandmother started by using sugar soap to clean all the units then a coat of primer and two top coats of paint.

She also cleaned and painted the tiles and all walls, making her kitchen look like brand new.

Jennie said: ‘I wanted to make the kitchen look great but it’s only my wage here and I couldn’t really afford it.’ 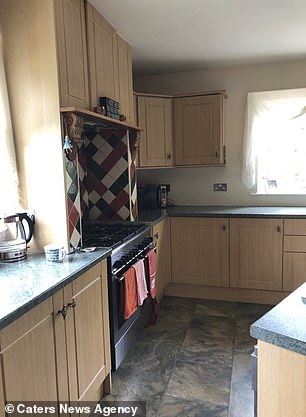 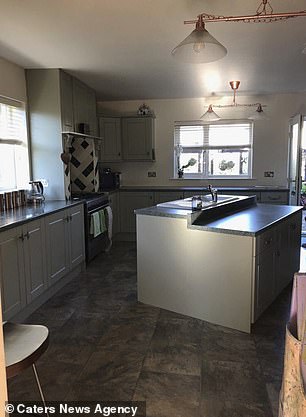 Jennie set about using sugar soap to clean her units, before priming them and giving them two coats of paint (left, before, right, after) 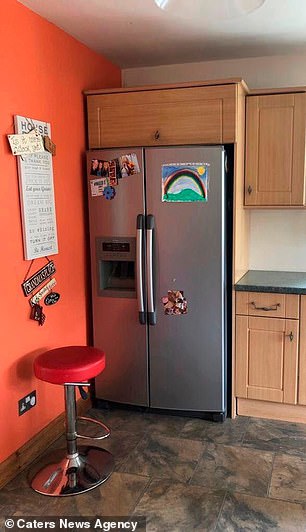 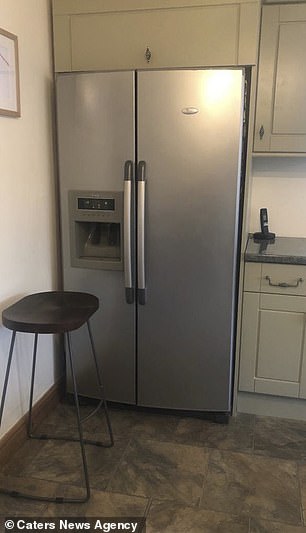 Jennie spent three weeks giving her kitchen the dream makeover and saved thousands by doing it herself  (left, before, and right, after) 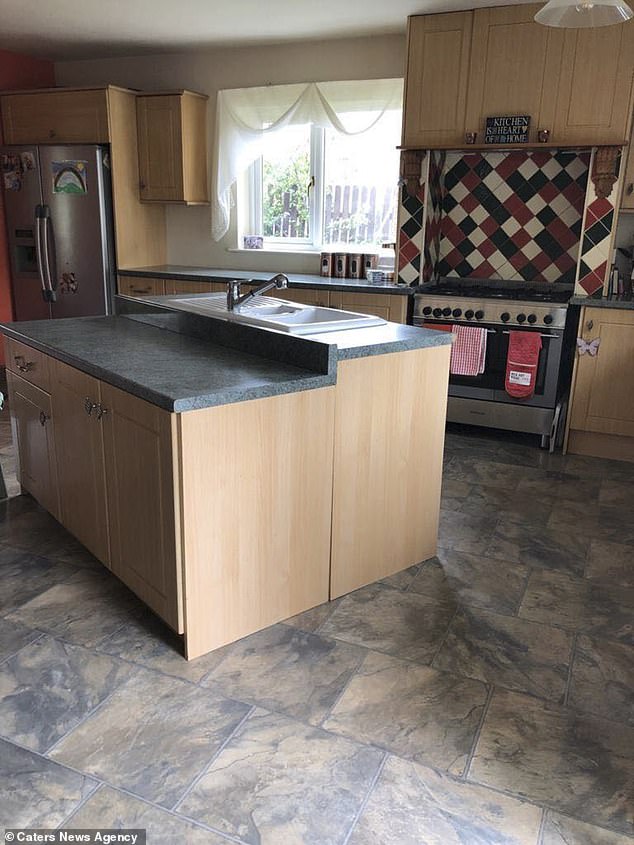 The grandmother said she turned to crafty after being giving the £3,000 quote from professionals 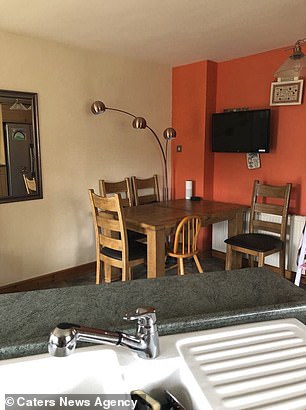 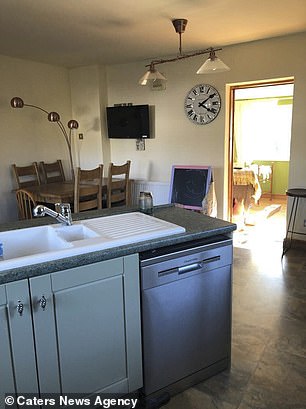 Jennie spent three weeks changing the kitchen, with part of the transformation involving painting her bright orange wall (pictured left before and right after)

The kitchen appeared dated and dinghy before, having not been renovated in 15 years (left), but Jennie used her creativity to update the units and painted the ’90s style wooden cabinets with a cool grey (right)

‘I do a lot of craft work, so I thought I can do it, it’s just going to be daunting. It was hard work but I said I’ll just get on and do it myself.’

The saavy grandmother revealed: ‘I got the paint which was £148 I did all the units, I painted the tiles, did the walls. 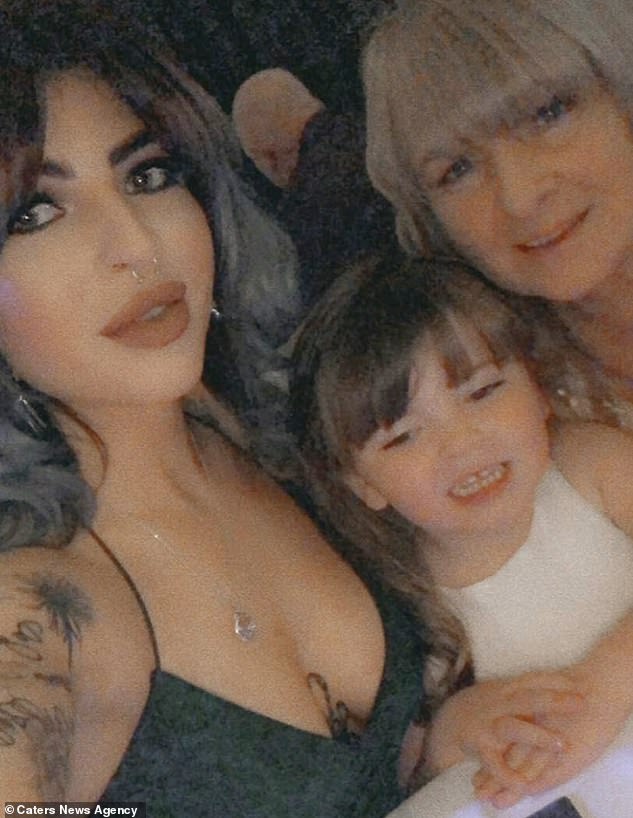 The crafty grandmother, who lives with her daughter Abigail, 23, and granddaughter Alice, 3, said her family love the new kitchen

She revealed the amazing transformation took her less than a month to complete.

She said: ‘It took me three weeks in total, between work and I even made a ‘Home’ sign.

‘It was tiring but definitely worth it. ‘ 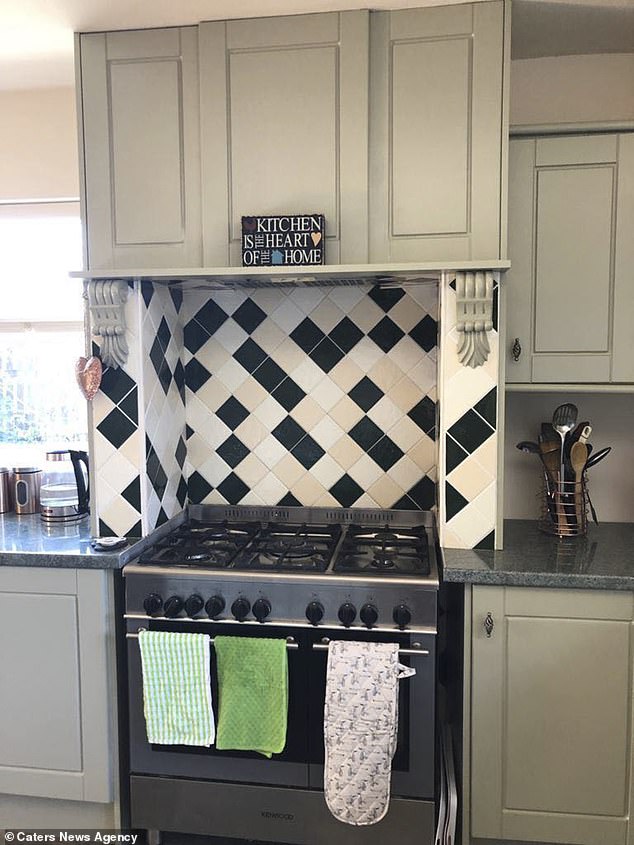 The grandmother, who said she had felt ‘daunted’ by the task at first, also cleaned and changed her tiling in the kitchen 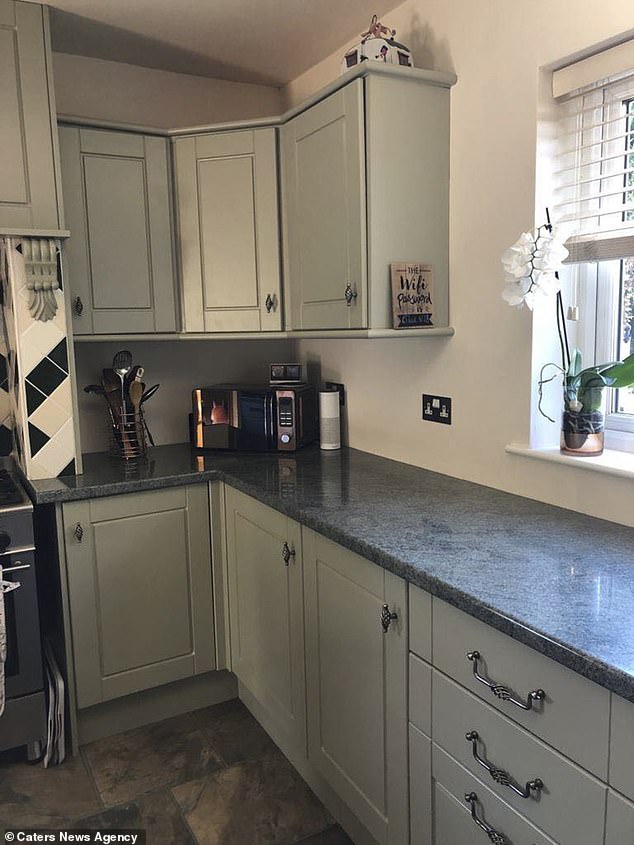 Jennie said she did it all herself and was happy to have a nice, modern kitchen for her family.

She added: ‘My daughter offered to help me but I said no because if there are any mistakes I can only blame me – but she loved it.

‘I totally enjoyed seeing the transformation and I was blown away by all the positive comments when I posted it online.’