The ‘Grey’s Anatomy’ season 17 premiere dropped one of its biggest twists ever. The premiere featured the return of a beloved character we never thought we’d see again.

Now that’s something no one expected. In the final moments of the Grey’s Anatomy season 17 premiere, Meredith is found unconscious in the parking lot. Hayes is the one to discover Meredith and rushes to get her the help she needs. Meredith had left the hospital at DeLuca urging after working extremely long hours.

When Meredith “wakes up,” she’s on a beach all by herself. Suddenly, she sees someone in the distance. She can’t make out who it is at first. She soon realizes it’s DEREK! Yes, the Derek Shepherd is back! 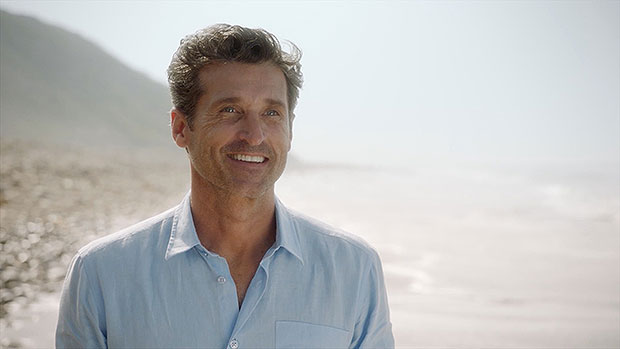 Derek is waving his hands and calling out to Meredith. He flashes that signature smile. Meredith can’t believe what she’s seeing. But he’s right there in front of her. This isn’t just a one-off. Derek will be back in the next episode. In the new promo, Meredith tells Derek, “I miss you.” He replies, “I know.”

Earlier in the episode during a flashback, Link and Amelia try to figure out what they’re going to name their baby boy. They go back and forth on countless names. At the end of the premiere, Link and Amelia reveal their son’s name is Scout Derek Shepherd Lincoln, honoring Amelia’s beloved brother. 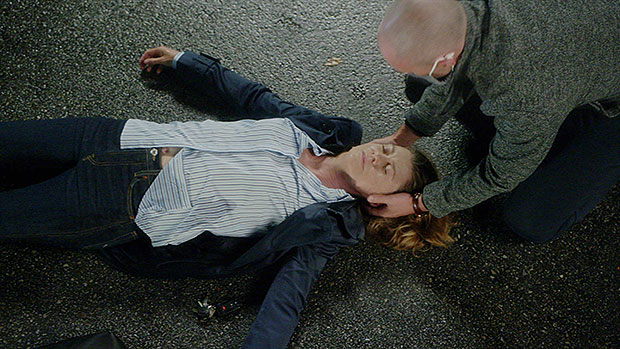 Owen and Teddy finally have a confrontation about what went down with Teddy and Tom. Initially, they try to avoid talking about it, but the tension finally boils over. When Owen waits for Teddy to tell him what happened with Tom and she doesn’t, he plays the voicemail to her and walks away.

Later, Teddy tries to apologize to Owen. She tells him that she loves him and is so sorry for what she did. He still can’t wrap his head around why she would cheat, and he’s not ready to forgive her yet.

Maggie and Jackson face off with Richard and Katherine to try and get them to stop being so stubborn with each other. They’re alive and still have a chance to make this work. They shouldn’t waste it. Katherine is the one to make the peace offering.