Olivia Wilde gets huge floral bouquet and chocolates on her birthday

Harry Styles is getting cheeky.

The “Golden” singer opened the 2021 Grammys on Sunday night with a performance of “Watermelon Sugar,” dressed in a custom Gucci leather suit and a green feather boa.

However, once the superstar ripped off his furry accessory, he revealed a second neck accessory: a Gucci banana necklace with a phallic symbol, which he paired with his ever-present cross necklace.

The necklace, which is currently sold out and costs $450, is touted as sending “a message about leaving behind fashion’s old rules” and “portraying this uninhibited freedom of expression” on the brand’s website.

After baring his abundant chest tattoos and NSFW necklace on stage, Styles covered up in a sweater vest, plaid blazer and purple boa on the Grammys red carpet.

Perhaps the switch from pearls to suggestive fruit symbolizes a switch in Styles’ upcoming musical pursuits. 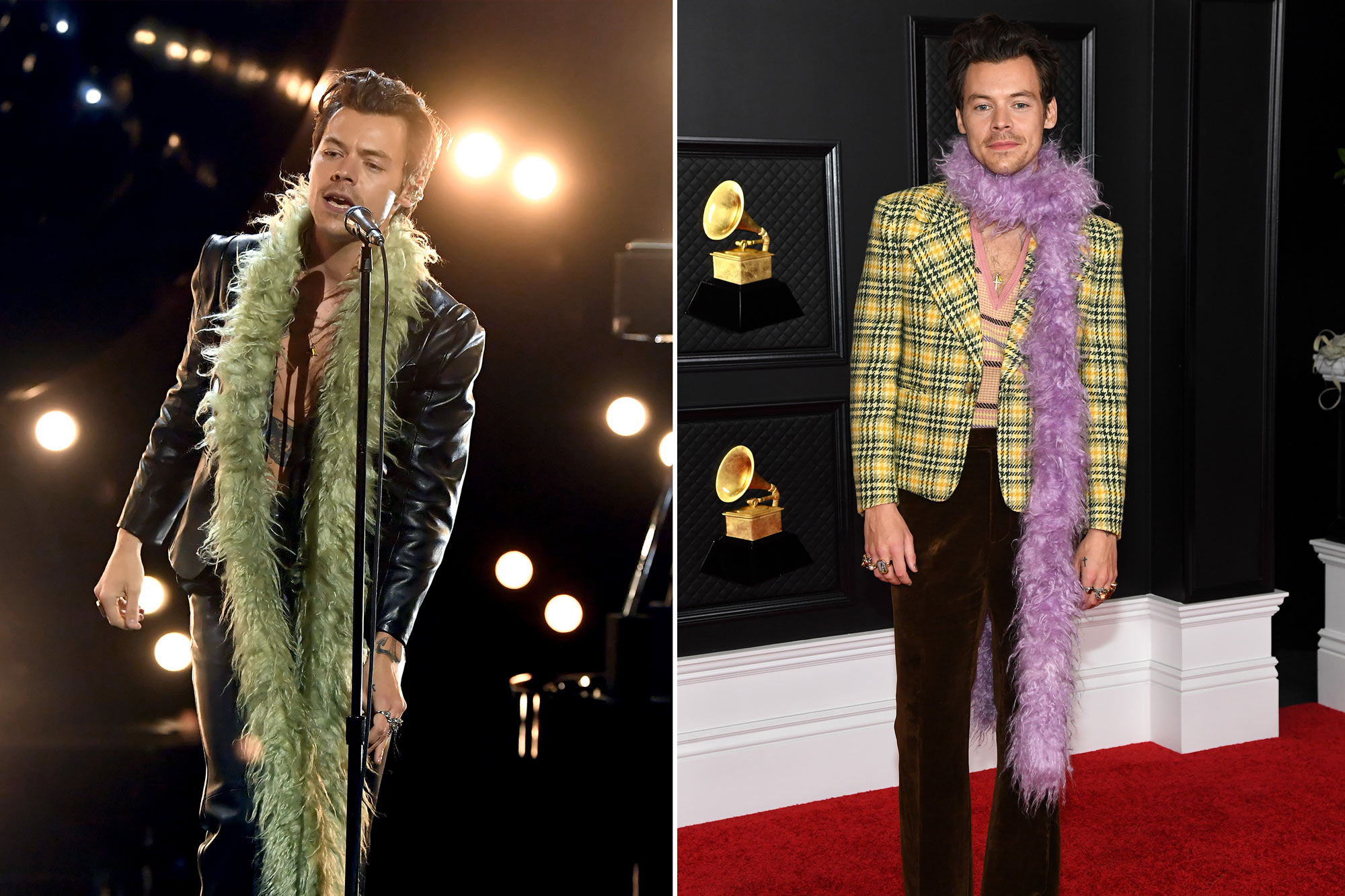