Home » Lifestyle » HENRY DEEDES: Boing! Up leapt plucky Rory like a meerkat on a spring

His slightly geeky campaign, with its homespun yet cack-handed social media videos, was initially viewed as a bit of a joke.

Out of his depth, rang the resounding verdict. Naive. Many assumed he’d be eaten alive by bigger, rival beasts. 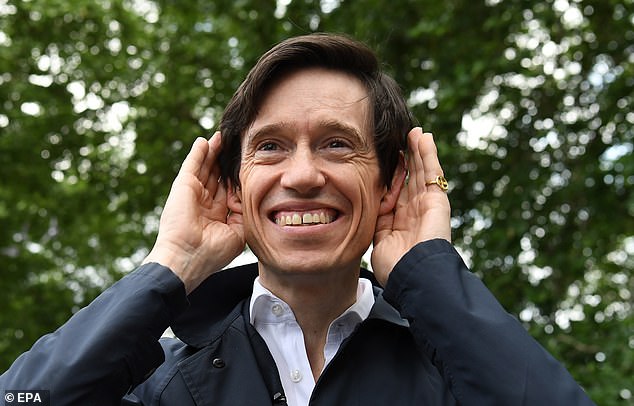 Rory Stewart has brought a welcome sensitivity to the leadership race

In fact, Rory – a curious mix of Buddhist monk and Mick Jagger – has brought a welcome sensitivity to the leadership race.

And the public has rather warmed to him. Were this the FA Cup, he’d be the plucky non-league side who all the neutrals are rooting for.

Admiration has trickled in from the most unlikely sources. Football pundit Gary Lineker and TV star-gazer Brian Cox have both tweeted their support.

When I sat with Stewart on a train last week, I spotted on his phone a gushing message from doe-eyed femme serieuse, Jemima Goldsmith.

Yesterday, our skinny hero made his first appearance at the despatch box following his recent promotion to Cabinet.

On such occasions, it is not unusual for a debutant to arrive in the chamber 20 minutes early for some last-minute cramming. Yet with barely two minutes until show time, in Stewart strolled, breezy as you like – a back-slap here, a jagged-toothed grin there – before plonking himself down in the hot seat.

Perhaps he felt he had nothing to lose. Having already pledged not to serve as a minister if fellow Old Etonian Boris Johnson becomes prime minister, he could end up with one of the shortest Cabinet careers on record.

Up first with a question was Jo Swinson (Lib Dem, East Dunbartonshire) who wanted to know what Stewart’s department was doing about climate change. 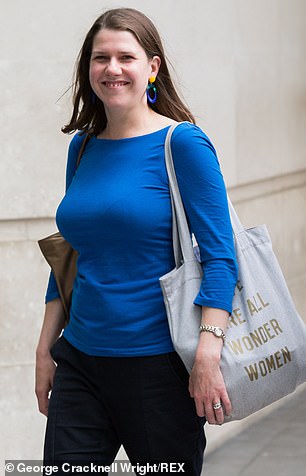 Jo Swinson was the first MP to challenge Stewart at the despatch box, asking about  his efforts to fight climate change

Boing! Up leapt Rory like a meerkat on a spring. When it comes to answering questions, he’s keener than a jar of Colman’s. His junior ministers, Harriett Baldwin and Andrew Murrison, barely got a look-in yesterday.

‘This is, of course, a very serious challenge,’ he said, his voice slow and crisp. Strangely, he doesn’t pronounce the letter ‘t’. ‘City’ becomes ‘ciddy’; ‘political’ is ‘polidical’.

He announced plans to double his department’s budget for tackling climate change.

Indeed, international development is far from the Conservative Party’s natural turf. And Rory Stewart is far from a natural Tory, judging from some of the feverish reactions from his own benches.

It is difficult to see where any MP backers for his leadership, beyond the four he already has, are going to come from. When Tom Pursglove (Con, Corby) offered him the chance to explain why remaining in a customs union would be disastrous for his department, Stewart refused to bite.

‘I strongly disagree,’ he replied. Puff! There, up in smoke, went his chance of collecting any support from his Brexiteer colleagues.

But if Stewart’s main aim is to win friends across the chamber, then his first ministerial outing was a roaring success. A ‘bravo’ from the Labour benches? That’s what it sounded like at one point. There were even appreciative nods at times from the SNP corner – not exactly a sanctuary of sweetness and light when a Tory is on his high hooves.

When his Labour shadow, Dan Carden, eventually rose, he warmly congratulated Stewart on his leadership campaign: ‘He certainly stands out in a field of populists, potty mouths and parliamentary proroguers.’

Stewart bowed in acknowledgement, though he conceded that any endorsement from Labour was probably the final nail in his coffin.

Afterwards, we welcomed another first-timer to the oche – Mel Stride, who has replaced Andrea Leadsom as Leader of the House.

Stride gave a charming, witty enough speech – although he lacks Leadsom’s haughty, Lady of the Manor authority which so enlivened Thursday mornings in the chamber. But no matter. Like Rory Stewart, the ex-Treasury man may not have long to get into his stride before there is another round of ministerial musical chairs.