Nobody can forget the time Joe Jonas and Sophie Turner had a shotgun wedding immediately after the Billboard Music Awards. However, despite the Vegas bash, the couple has actually been planning a more elaborate celebration in Europe. Now, the whole family is officially in Europe getting ready for the couple’s second big day. Here’s everything we know. 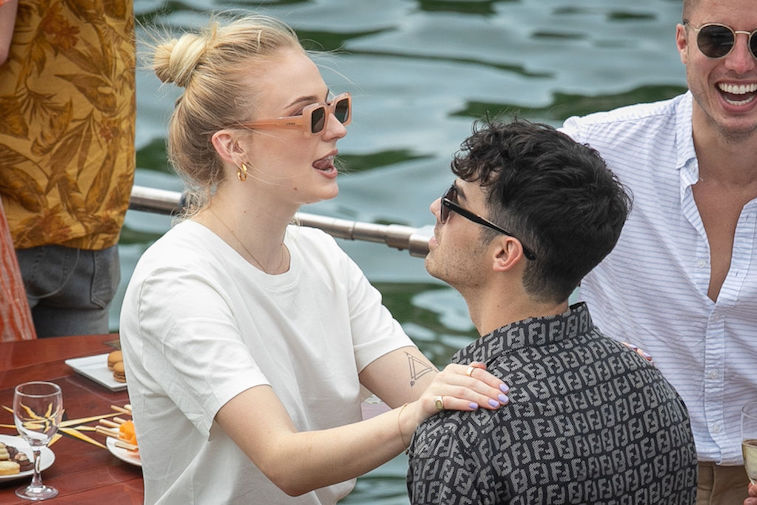 The two will tie the knot in France

Jonas and Turner surprised everyone when they wed in a seemingly unplanned ceremony in Las Vegas after the 2019 Billboard Music Awards. It was later learned that the wedding was planned, and it reflected the couple’s fun-loving relationship. However, they had something more serious up their sleeve. The two were quietly planning a wedding in France for some time during the summer. Turner’s life coach, Mike Bayer, posted a video of the couple’s save the date, which was a wooden box with the words “Sophie and Joe 2019 France” written in cursive. The video has since been deleted, but it confirmed the two were just getting started celebrating their marriage.

Yupieeeee!! I cant wait for this to happen!! Video credit : @coachmikebayer Thank u soo much for sharing this with all of us!! #jophiewedding #jophie #sophieturner #joejonas

The couple plans to keep the wedding low key

As far as weddings go, Turner and Jonas aren’t planning a massive, elaborate celebration. Rather, they want to keep wedding no. 2 quiet and small. Turner told Harper’s Bazaar, “We’re trying to keep it as low-key as possible so it’s more of an intimate thing.” It’s unclear if Turner was referring to their Vegas wedding or their France wedding, but since the two have revealed few details about their second celebration, it can be assumed this one will be low key as well. The family is ready to celebrate in France, but the actual date of the wedding reportedly won’t occur until June 29, according to Dr. Phil, who may have accidentally leaked the wedding date in an Instagram comment.

While the two haven’t revealed who is on the invite list, it’s certain there will be plenty of stars in attendance. Of course, Nick and Kevin Jonas, along with their respective wives, Priyanka Chopra and Danielle Jonas, will be in attendance. Wilmer Valderrama and his reported girlfriend, Amanda Pacheco, were also spotted in France this week alongside the Jonas family, so it’s assumed they’ll be attending the wedding as well. Turner’s Game of Thrones co-stars will probably turn out for the celebration, too, plus other celebrities including Dr. Phil, though he may have gotten himself kicked off the list for reportedly giving away the wedding date on social media.

More details about Turner and Jonas’ wedding probably won’t berevealed until after they’re married, but one thing is for certain: It won’t belike Nick Jonas and Priyanka Chopra’s. Chopra and Jonas wed in a three-dayceremony in India back in December, and it was a massive affair with hundredsof people, plus performances by superstars including Beyoncé. However, Turnerand Jonas appear to be keeping things much more intimate for their wedding.