The hosts of the Us Weekly’s “Hot Hollywood” podcast break down the biggest news of the week, including our Saks Off Fifth and Phluid Project LGBTQ+ story of the week — Jennifer Lopez using gender-neutral pronouns to introduce child Emme.

Lopez, 52, and the 14-year-old are being praised for a recent duet, but the love isn’t just for the music. The duo took the stage at the LA Dodgers Blue Diamond Gala over the weekend — the first time the mother-child duo has performed since the Super Bowl Half Pepsi halftime show in 2020. 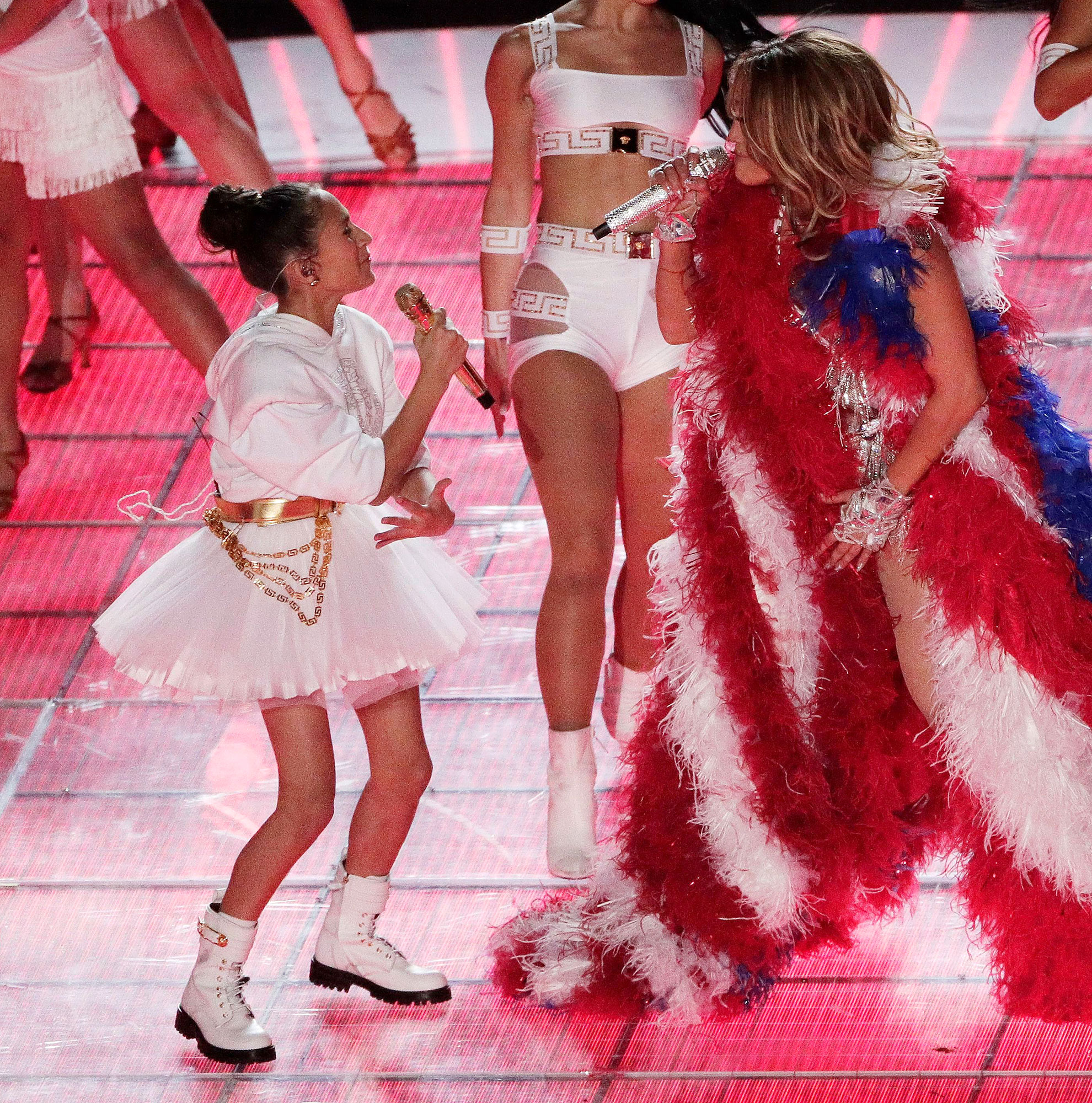 The Anaconda star introduced Emme using gender-neutral pronouns, they and them. “The last time tee performed together was in a big stadium like this,” Lopez said in a video, shared by CNN. “And I ask them to sing with me all the time and they won’t. So this is a very special occasion. They are very, very busy, booked and pricey.”

Everything Ben Affleck and Jennifer Lopez Have Said About Their Romance

The “Jenny From The Block” singer went on to say. “They cost me when they come out, but they’re worth every penny because they’re my favorite duet partner of all time!”

The hosts also break down the latest regarding the accusations against Meghan Markle about bullying her staff while at Buckingham Palace. An email leaked days before Meghan and Prince Harry’s CBS tell-all interview in 2021 claimed a report would be released that shared the Suit alum’s former employee’s accusing her of bullying.

Lastly, they unveil all the details surrounding Todd and Julie Chrisley and their convictions on multiple counts of tax evasion and bank fraud. The couple has spoken out for the first time following their courtroom loss.

Inside Lindsie Chrisley’s Relationship With Dad Todd After Past Estrangement

“I know all of you guys are wanting to know every detail that is going on in our lives, and I have to ask that you respect that we’re not allowed to talk about it at the present time. There will come a time to where all of it is discussed, “ Todd said in the latest episode of their podcast, Chrisley Confessions.

For this and much more listen above!