The stigma of having COVID-19 is deterring some Victorians from getting tested and preventing others from accessing help.

As the state government raised concerns about a 17 per cent drop in testing rates over the past week, Royal Australian College of General Practitioners board member Lara Roeske said some patients were sitting on symptoms for days because they were fearful of what a positive test might mean. 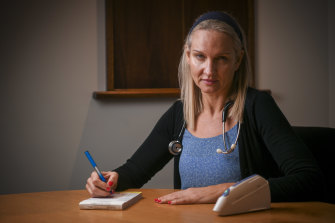 “We are dealing with a disease that engenders a great deal of fear and anxiety,” the Melbourne GP said.

Dr Roeske said the shame of spluttering in public had led to patients seeking help for coughs associated with other underlying medical conditions.

“They say, ‘People stare at me, move away or mumble under their breath’,” she said.

One of her patients was recently kicked out of her share-house after the Health Department told her she had tested positive.

Her housemates posted her name on social media and said she was dirty, Dr Orr said.

The woman had to be transferred to hotel quarantine, before being told 48 hours later that the initial test result was actually negative.

“She was terrified of being kicked out of the hotel quarantine and then having nowhere to live,” Dr Orr said.

Dr Orr is angry that individual groups have been singled out by authorities, including early in the second wave of the pandemic, when running updates were given on outbreaks within families in Melbourne’s north and west, and people were berated for holding parties that could have spread the disease.

This fed into a perception that the virus had spread because of “naughty people”, and migrant communities who had disobeyed the rules by “celebrating the end of Ramadan”, according to Dr Orr.

“This virus is in the community because DHHS couldn’t manage hotel quarantine, and we know that now for sure,” she said.

“So the blaming and the vilification of the general public and in particular migrant communities, I think is unacceptable … I think it’s resulting now in people not wanting to come forward for testing.” 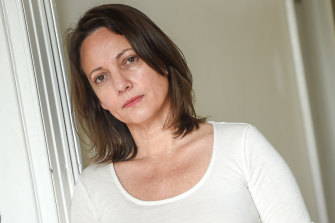 Sasha King tested positive in July after coming home from a shift at a Melbourne hospital, where she works as a nurse with COVID-19 patients.

“I felt different,” she said. “I had all-over body aches, I had fatigue, headaches. It was quite painful.”

While she’s grateful to have survived the deadly virus and was lucky to have mild symptoms, she’s determined to fight the stigma associated with COVID-19.

“People are scared of being stigmatised,” she said.

She said attitudes towards COVID-19 had evolved at her work since the first spate of infections.

Initially, staff were uncomfortable disclosing their illness, which meant their peers could not reach out to help. Some lost friendships and intimate partners because of the stigma of being a health worker during a pandemic.

“I had friends who said, ‘I can’t see you’ even though I wasn’t working with COVID-19 patients back in March,” she said.

While stigma still exists in the broader community, Ms King said her colleagues were now opening up about their experiences and banding together.

“I was nervous about coming back for my first shift after being sick. Some people expressed joy at seeing me, some seemed apprehensive,” she said.

“But because I was open about it, it helped reduce that discomfort. I believe we should be creating a culture of open disclosure to reduce anxiety, share experiences and encourage conversations.” 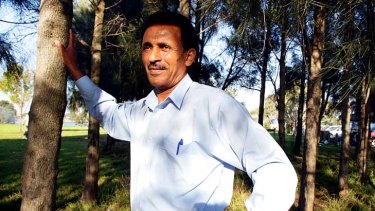 African-Australian community leader Berhan Ahmed says something is wrong with how the government is responding to the pandemic.Credit:Rebecca Hallas

Berhan Ahmed, a University of Melbourne adjunct professor and African-Australian community leader, said some people with COVID-19 symptoms were not getting tested due to the “fear of the unknown and stigma”.

Dr Ahmed, who has been supporting residents in the Flemington and North Melbourne public housing estates, said the hard lockdown of these towers in July had left residents traumatised and wary of authority.

According to Dr Ahmed, some residents are so ashamed to have the virus they have completely disconnected from their communities.

“They have turned off their phones, they don't want anyone to call. They feel like if they tell people they are positive it is the end of the world,” he said.

He said the government’s messaging had been too focused on fear, instead of destigmatising the disease and empowering people to make themselves and their community safe.

A state government spokeswoman said no one should feel ashamed or stigmatised if they test positive.

"This virus doesn’t discriminate and can impact anyone," she said. "We encourage anyone with even the mildest of symptoms to get tested."