How I Do It: 'My relationship with sex is better than ever – my week in sex' 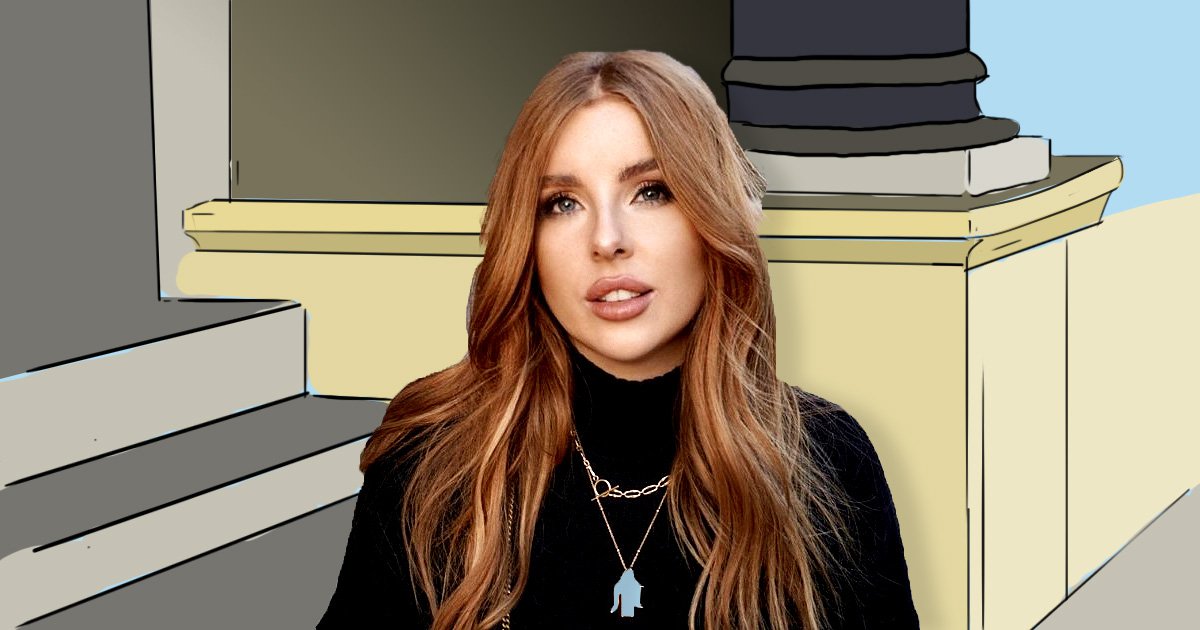 Welcome to How I Do It, the series in which we get a sneak peek into a week in a stranger’s sex life.

This week, we hear from Emilie, who works as a marketer, journalist and brand builder in London.

Emilie is 31 and in a relationship. She describes herself as bisexual/fluid and, since working on things like becoming comfortable with her body and working on her sexual boundaries, says her relationship with sex is ‘the best it’s ever been’.

She specialises in working with sex-positive brands, creators and narratives, centring her work around health, femtech, body autonomy and sexual identity.

She has sex between six and 10 times a week on average and describes herself as having a high sex drive, which she’s grateful for.

After a lockdown breakup and an unsuccessful situationship, Emilie met her current partner six months ago.

She’s happy that she has the ability to express herself in her sex life ‘without any fear or shame’ thanks to the trusting relationship she’s in.

Emilie has been travelling around California during the last week with her partner. Here’s how they got on…

This week I’m in LA. I’ve been travelling for work and to see friends I haven’t been able to for the last two years, so my partner has come out here for a week to hang out and to spend some time together for my birthday.

We’ve been apart for about a month, so I’m excited to see him. He arrives at the hotel, I run the shower for him and once he’s had some time to decompress, we get down to it.

He kisses me, and we spend about thirty minutes on foreplay before I get on top.

We both come quickly – it’s been a while! Then we dress for dinner and head out to a rooftop restaurant.

A few drinks down we come back and start making out again.

He takes my dress off and this time we go straight to penetration, changing positions over the course of forty minutes or so. He’s incredibly tired and jet-lagged, so I’m impressed by how he’s managing this.

My partner wakes me up early. Earlier than I’d like because he’s a morning person, and I am decidedly not.

He’s found a place to get coffee and breakfast burritos and wants to know if I want to come with him. I’m already awake so I tell him sure.

I usually have two or more orgasms during our sex sessions, and he doesn’t have a problem climaxing. However, we’re trying to be careful, and I’m tracking my ovulation to avoid pregnancy so just to be safe, he always pulls out.

This is usually messy but we both kind of love making a mess. The hotel sheets are probably going to need changing…

We head out for breakfast, and then he spends some time by the pool while I go to get a wax and get my eyelashes and eyebrows done.

We meet up for lunch and a walk around LA’s modern art museum and take a nap back at the hotel. I wake up turned on so have a shower and get back into bed, waking him up gently by asking him to touch me.

We get dressed up for dinner and head out to a place in West Hollywood. We need to pack our bags as we’re moving hotels in the morning but get sidetracked once we’re back at the hotel – he’s brought some lingerie from home and I try some of it on.

I’m woken by the sound of my partner moving around the hotel room. He’s showered and dressed and is going to pick up the car. We’re driving to Joshua Tree today.

It’s a long day of driving to the desert, picking up supplies for the next couple of days and settling in at our Airbnb. My partner surprises me with two bottles of champagne and we head to the bedroom.

He gives me the best head he’s ever given me – I tell him as much which he seems happy about – and then he gets on top of me. We have penetrative sex for about fifteen minutes, but it’s so hot in the room, and we’re both incredibly thirsty, so we hit pause, shower, fire up the grill outside and watch the sunset beneath the mountains. It’s freezing in Joshua Tree after dark, so we sit by the fire outside and look up at the stars.

We head back inside to cuddle up and pick up where we left off earlier. This time I’m on top the whole time. He doesn’t usually orgasm in this position but this time he’s obviously feeling it because he does. We fall asleep cuddling and he tells me I felt amazing. Must have been all that romantic sunset action.

Today we’re driving to the National Park. We slather ourselves in sunscreen and head out to hike a trail. Back at the Airbnb, my partner takes a nap and I do some yoga and lie outside in a hammock.

Sunset is in an hour and a half, so I wake him, and we start making out. He asks me to go down on him and that leads to some slow relaxed P in V.

Then we make dinner, pop open the champagne and get into the hot tub.

We fool around in it for an hour, kissing and touching each other and then head back indoors. We shower together, attempting shower sex but this never really works for us because he’s so much taller than me.

Undeterred, we carry on in the bedroom and this time it’s much cooler because we’ve got the air-con working, so we can be energetic without getting too dehydrated. He falls asleep straight away, and I reply to some emails on my phone before falling asleep too.

Today we’re up at 4:30am to watch the sunrise at the cactus gardens. I know it will be beautiful, but this time of day is not for me, and I’m tired and grumpy.

I get straight back into bed once we’re home and sleep for a couple of hours. This means we check out late and my partner is annoyed at me. We fight about it and I sulk.

He says I’m always late, and he is right. I am annoyed and have a little cry. I spot a nail salon and decide to get a cool manicure to cheer myself up, and he picks me up with an apology coffee an hour later. Just like that, we’re friends again.

I ask him if he likes my nails, and he says he loves them until they’re buried in his back. A woman getting a pedi next to me tries to conceal her laughter. I’m glad we’re not still fighting and can joke around.

The next leg of our trip is Coachella Festival. I’m nervous about it because festival sex is never as nice as you’d like it to be and I’m feeling a little uncomfortable after the hot tub.

Hot tubs disrupt my microbiome 100% of the time and yet, I continue to spend time in them. I tell my partner I’m not feeling great, and he tells me not to worry. We don’t have to do anything if I don’t feel like it.

However, the problem here is that I know I will feel like it, I just won’t be able to follow through. It’s frustrating. But we’re sleeping on an air mattress and partying for the next two days so who knows how up for it we’ll feel when the time comes.

Bedtime comes, and we kiss, cuddle and fall asleep. We’re way too tired to do anything else.

Today is my birthday, and I’m woken by the sound of my friend telling my partner she has a bottle of bubbly on ice for me.

I pretend to be asleep because I want to hear if they’re getting along well. They seem to be, which I’m glad about.

Today is going to be a full day of sun, music and drinking and I have about five outfit changes ranging from tiny shorts and bikini tops to nipple pasties and a fringe maxi dress.

My partner wears the same open shirt, shorts and trainers all day and looks gorgeous – I’m jealous and also in admiration.

We go from chilling in the morning to full-on public displays of affection in the crowd as the evening goes on. Nothing inappropriate, but I definitely wouldn’t be making out like this in a public place with my hands all over him if I weren’t drunk and at a festival.

I’m having such a good time, and he looks so great. Again, we roll into bed and fall asleep instantly.

Today we’re driving back to LA to fly home to London. We laugh about all the festival sex we didn’t have and talk about what we would have liked to have done and what we’d like to do when we get home.

It’s a long journey from Indio to the airport and then on the flight, and we’re not sitting together, so I’m looking forward to getting back to his place and snuggling on the sofa.

I’m still feeling a bit uncomfortable and dancing in bikini bottoms hasn’t helped so P in V is off the cards for a few days, but I have a lot of sex toy samples and new massage oils waiting to be opened back at home, so it’ll be fun testing those out together later.

A retailer delivered a Doxy Wand just before I went away. I’ve never used one before, so I’m looking forward to trying it. I know he is too – we had a laugh at the size of the box when I brought it home from the post office.

*Name has been changed

How I Do It

In Metro.co.uk’s How I Do It you get a sneak peek into a week of a person’s sex and love life – from vanilla love-making to fetishes, threesomes and polyamorous relationships, they reveal it all.