How Is Cheryl Burke Handling Her Divorce? Derek Hough and GF Hayley Weigh In 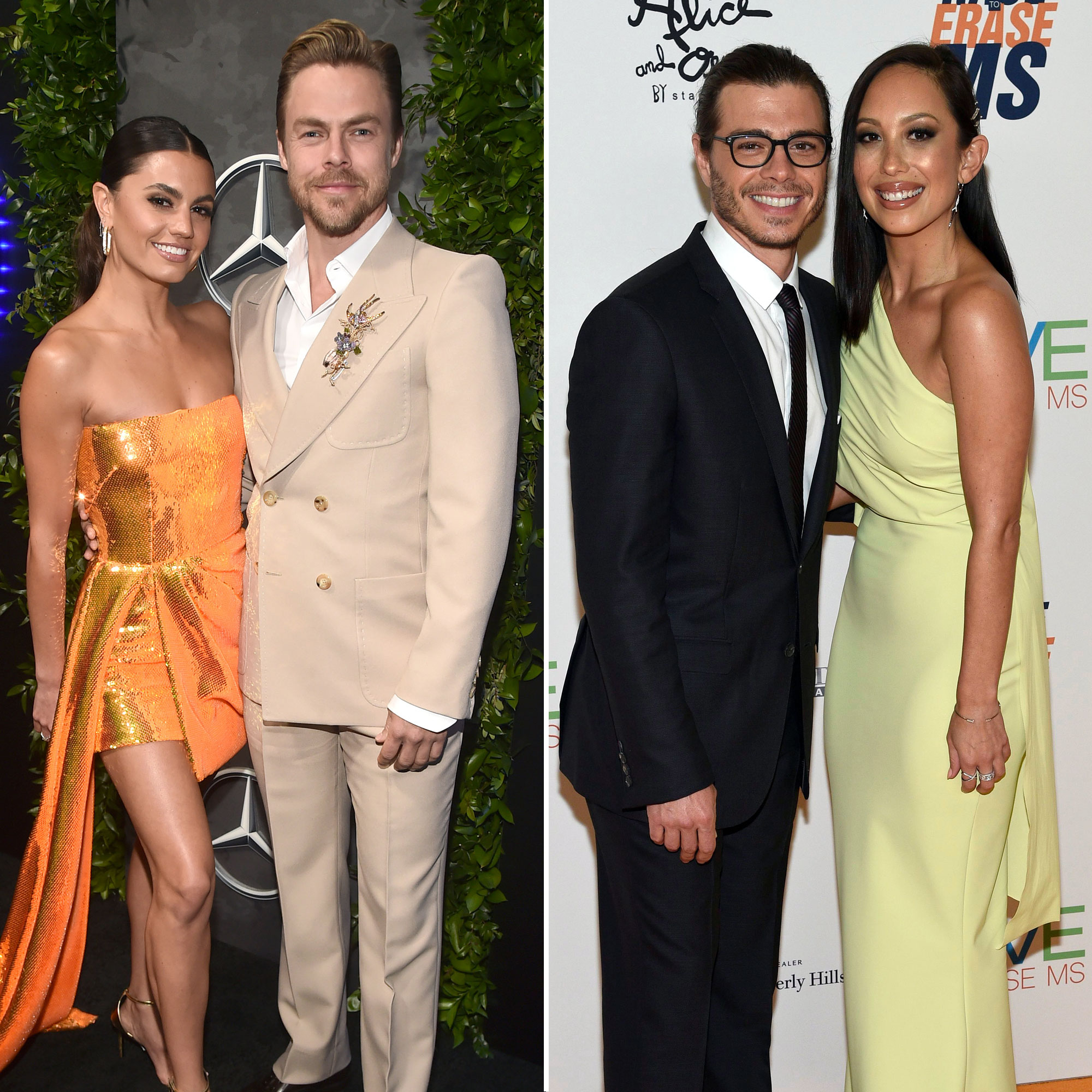 Checking in. Derek Hough and Hayley Erbert have been keeping an eye on friend Cheryl Burke amid her divorce from Matthew Lawrence.

Everything We Know About Cheryl Burke and Matthew Lawrence’s Divorce

“Whenever I’ve talked to her, she’s doing good,” Erbert, 27, exclusively told Us Weekly at the Mercedes-Benz Oscars 2022 Viewing Party on Sunday, March 27.

The Kansas native noted that the split has been a “tough thing to go through” for her fellow Dancing With the Stars costar, 37, who filed for divorce from the Brotherly Love alum, 42, in February.

Erbert added: “But she’s got a really good support system so that’s good.”

The 36-year-old Step Into the Movies star — who attended the Hollywood bash with his girlfriend on Sunday — also weighed in on how his longtime friend is dealing with her recent heartbreak.

Us confirmed last month that Burke submitted paperwork in Los Angeles on February 18 to terminate her marriage. The “Pretty Messed Up” podcast host listed the date of separation as January 7, just weeks after the estranged couple celebrated Christmas as family.

The California native cited irreconcilable differences as the reason for their split. The court documents revealed that the pair have a prenuptial agreement in place.

The estranged spouses tied the knot in May 2019, one year after Lawrence proposed. Ahead of their split, the twosome confirmed that they put their family plans on hold amid the coronavirus pandemic.

A source told Us earlier this month that the duo are “keeping divorce matters private,” noting that the “reason” for their divorce “was not about kids.”

Hough and Erbert, for their part, have been dating since 2015. The lovebirds enjoyed a night out in Hollywood in celebration of the Oscars before gearing up for the return of their Las Vegas residency.

“Dressing up is such a blast for both of us, but I find myself always finding his approval. I’m like, ‘Babe what dress would you like best?’ and I send him like a thousand outfits,” Erbert told Us on Sunday. “But honestly the fitting is the best part because you just get loaded with all of these gorgeous gowns and it’s really truly hard to like pick your final look.”

The Hairspray Live! star explained that the duo would quickly be pivoting to work mode in anticipation of their Venetian Resort show that begins in May.

“It’s going to be great,” the Dancing With the Stars judge said. “It did so well last year so we’re keeping the party going.”