Home » Lifestyle » How the eviction law change affects me

As you might have heard, the laws on evictions have changed.

The ban on landlords evicting tenants in England and Wales – which came into force at the beginning of the coronavirus lockdown – ended on 20 September.

For some tenants, it means the risk of being evicted is back – and for landlords, it’s a chance to reclaim their property.

Radio 1 Newsbeat has been speaking to some of those affected by this change. 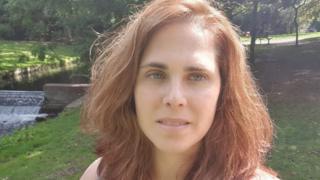 Mirian Barroso lives in a two-bedroom flat with her partner, six-year-old daughter and four-month-old son.

They were given a Section 21 eviction notice in June – which is a “no-fault eviction” meaning the landlord does not have to give a reason for their decision.

“We asked the landlord to repair the heating. She didn’t like it and gave us the eviction form,” says Mirian.

“It’s really stressful because we haven’t done anything wrong. We pay the rent in full.”

The ban on evictions provided Mirian and her family temporary relief and a chance to look elsewhere for somewhere to live.

But despite their “tireless efforts”, it’s been difficult.

“Particularly in the summer. As soon as you find a place and call back, it’s gone to someone else.”

Because her notice was given before 29 August, she’s not entitled to the minimum six-month notice period brought in by the government after the ban on evictions was stopped.

The prospect of going to court for a hearing adds “more stress and pressure”.

A huge backlog of cases means she may get some extra time, “but just thinking and talking about our situation makes me feel so stressed”.

With an autistic daughter and young son, it’s difficult.

“Me and my partner felt guilty because we feel we should have just kept quiet and lived without the heating.”

One person relieved the eviction ban has been stopped is Candy Richards.

In December last year, she served her tenant with a Section 8 notice – for not paying rent and anti-social behaviour.

Things dragged on for months and it hit “particularly hard” through the pandemic.

“He continued to not pay rent. So I’ve been paying mortgage on the property without any rental income.”

•What are the eviction rules?

“It’s frustrating because the tenant has worked throughout the pandemic so has never been out of work.

“It’s him choosing not to pay rather than the fact he can’t pay.”

Financially, it’s been a stretch for Candy who has so far lost around £7,000 in rent and legal fees.

“The amount of money escalates month by month,” she says.

“I’ve got a son who depends on me to keep him in clothes and fed, so it’s really worrying because it doesn’t go away.”

With eviction hearings restarted, there’s a chance Candy’s situation could be resolved as courts are prioritising cases like hers.

But even with the courts open and looking at rent arrears and anti-social behaviour cases first – she feels it will be a while before it’s resolved.

“There’s no certainty about when this whole situation will end, so it just means it’s a nightmare that just continues.”

“They need to work with both tenants and landlords for a good solution,” she adds.