FIRST time buyers Marjan Jalanaji and Eshan Taghizadeh bought a house nearly £250,000 over their budget thanks to a government scheme.

When Marjan, 37, and Eshan, 42, started their property search a broker told them the maximum mortgage they could get with their salaries was £350,000. 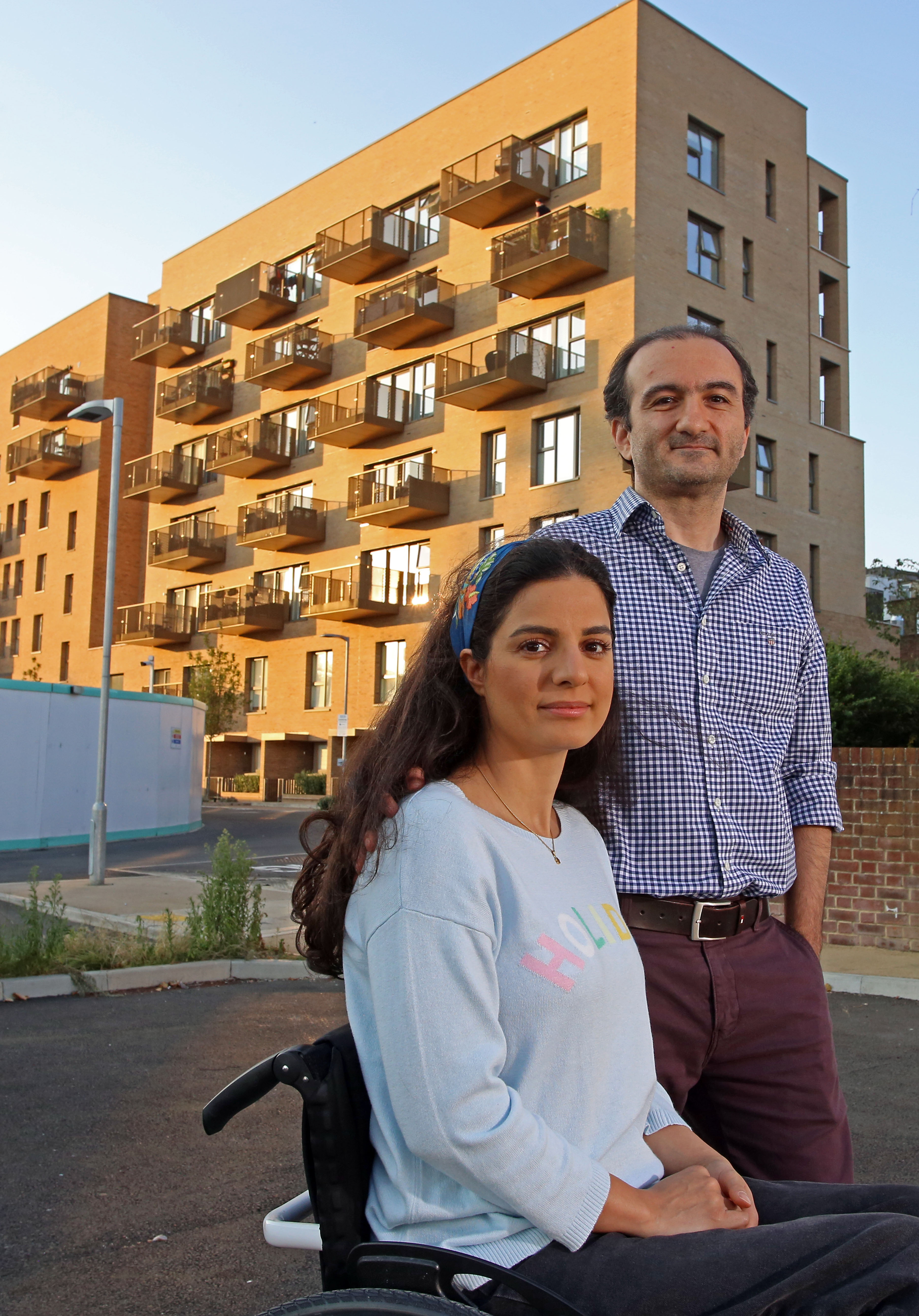 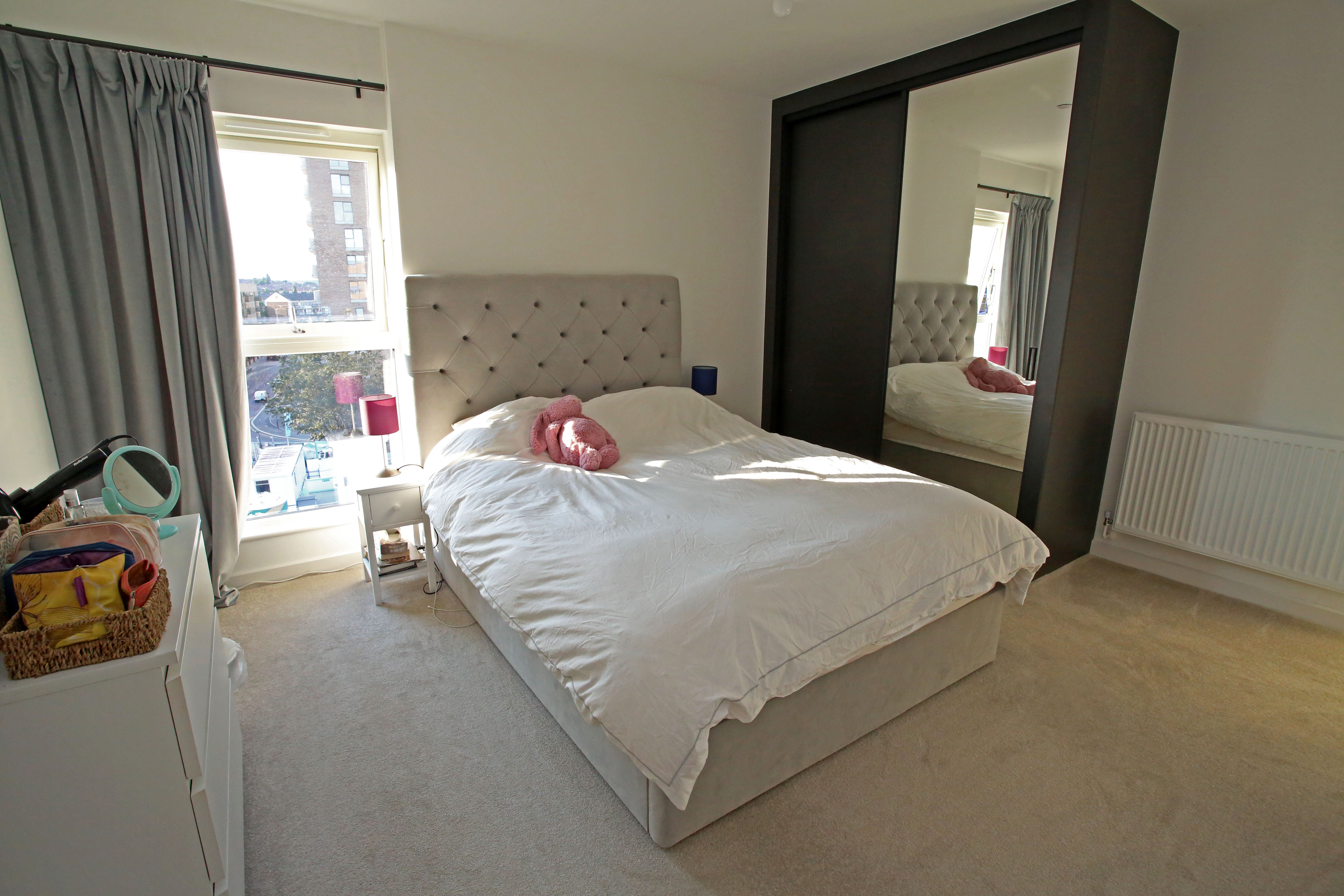 But with London property prices much higher than the rest of the UK and the fact they needed to find a flat suitable for wheelchair user Marjan, the couple turned to using the government's Help to Buy loan scheme.

An accident 16 years ago left Marjan with a damaged spinal cord and unable to walk anymore.

They knew that a new-build flat would be more accessible – and that's why they initially looked at the scheme.

Taking out a Help to Buy loan gave them an extra £239,000 to play with and made it easier to save up for a deposit – and they were able to find a home that has changed both of their lives.

Over 328,506 people have used the government Help to Buy scheme since it launched in 2013.

The couple saved up an impressive £48,000 for a deposit over four years even though they were paying a pricey £1,480 a month in rent for their previous home.

They were also planning on borrowing £10,000 from Marjan’s cousin – but the stamp duty holiday meant that they didn't need to borrow the cash anymore because they saved thousands of pounds because of the relief.

We had a tour of the couple’s home and picked Marjan’s brains about how they went from savers to homeowners for The Sun’s My First Home series.

Tell me about your home

We have a big open plan kitchen and living room.

There’s a big bathroom, and an ensuite in the master bedroom.

One of the spare rooms is an office.

The other extra bedroom is for guests – but if we get into financial difficulty in future, we could always rent it out.

There’s a balcony too, which overlooks a communal garden.

Why did you decide on the location?

When we first started house hunting in 2019, we were looking for an affordable flat which we could easily commute from into central London for work.

But as a wheelchair user, it was a struggle finding somewhere that was accessible.

We were looking at new-build flats because we thought they would be wheelchair friendly.

But in most of the flats we saw, there was only one lift – we wanted somewhere with at least two because I can’t take the stairs and didn’t want to be in a queue for it all the time.

The corridors and door frames in a lot of the flats I saw weren’t wide enough either – so I couldn’t even get into a lot of the places we had planned to view.

After viewing around 15 properties, we finally saw this one in summer 2019.

It was still under construction when I saw it, so I knew I would be able to tell the builders exactly what I wanted to make the flat accessible for me – such as putting the doorbell lower down on the door and putting wall handles in the bathroom so I could get into the shower.

How much did you pay for it?

Our mortgage repayments per month are £1,000, but service charge is roughly £350 a month on top of that.

It’s still less than the one bed flat we were renting in Collingdale before we decided to buy a house though – that cost us £1,480 a month.

Why did you decide to use Help to Buy?

We didn’t have any other option but to use the Help to Buy scheme to buy a big enough home for us which was also accessible for me.

All we could get from the bank was £350,000 – with that, we couldn’t get a proper flat which had enough space for me.

Using the scheme also made saving money for a deposit much easier.

What are the pros and cons of using the Help to Buy scheme?

THE current Help to Buy equity loan scheme sees the Government lend up to 20% – or 40% in London – of the value of your property.

You only need to put down just a 5% deposit for an eligible home – which are new-build properties.

So far, the scheme has helped 313,043 people get on the property ladder and dished out a whopping £18.9billion in loans.

The scheme was launched in 2013 to help low income Brits buy homes much easier.

Although the old Help to Buy scheme let you buy pricier properties anywhere in the UK worth up to £600,000, the new scheme has a lot of merits too.

Here's the pros and cons you should consider when applying for a Help to Buy Equity loan:

You only need to put down just a 5% deposit for an eligible home.

We ended up putting down an 8% deposit for it – instead of having to save up at least another £12,000 for a 10% deposit, which is what you typically need to secure a home.

We decided to use Help to Buy scheme instead of the Shared Ownership scheme, because these properties seemed of a better quality.

We thought we would also be in a better position if we wanted to sell our home in the future.

How did you save for it?

We started saving since 2016, and in 2019, really started to ramp our savings up to bagthis flat following our viewing.

We’re both software engineers, so we both take up shifts where we would be on call overnight in case anyone at both our companies had any IT issues overnight they needed us to fix.

For seven months, I was on night shifts for two weeks per month, getting an extra £1,000 a month to put towards the deposit.

I also gave up two weekends a month by being on call to work and get more money.

My husband made up to £500 from doing this too, and we added these savings to our pot.

We were not having any fun over the course of last year either.

Of course Covid helped us keep on track with this as shops, restaurants and lots of businesses were shut.

But we saved £300 from ditching takeaways and not going out for dinner when restaurants were open last year – usually we would go out every weekend for dinner or lunch, and order a takeaway at least once a week.

We also quit our Virgin Active memberships at our local gym and swimming pool, saving us a total of £200 a month.

When we put down an offer for our flat, we were planning on borrowing £10,000 from my cousin to put towards the deposit.

But when the government announced the stamp duty holiday in July last year, we saved £15,000 from the relief – so we didn’t have to borrow the cash in the end, and had an extra £5,000 to put towards furnishing the flat.

What’s your advice for other first time buyers?

When we started the housebuying process, we didn’t know where to start. I didn’t even know where I could go to find houses and view them.

It’s important to do your research and understand how you go about getting a mortgage, what you can afford and looking at government schemes designed to help first time buyers get on the ladder.

I was hesitant about buying at first – it's a lot of money and a daunting process – but a friend told me to go for it, don’t delay or be doubtful.

She was right. Its important to go out there and be courageous.

Now, it’s amazing – I wake up and feel our life has changed. 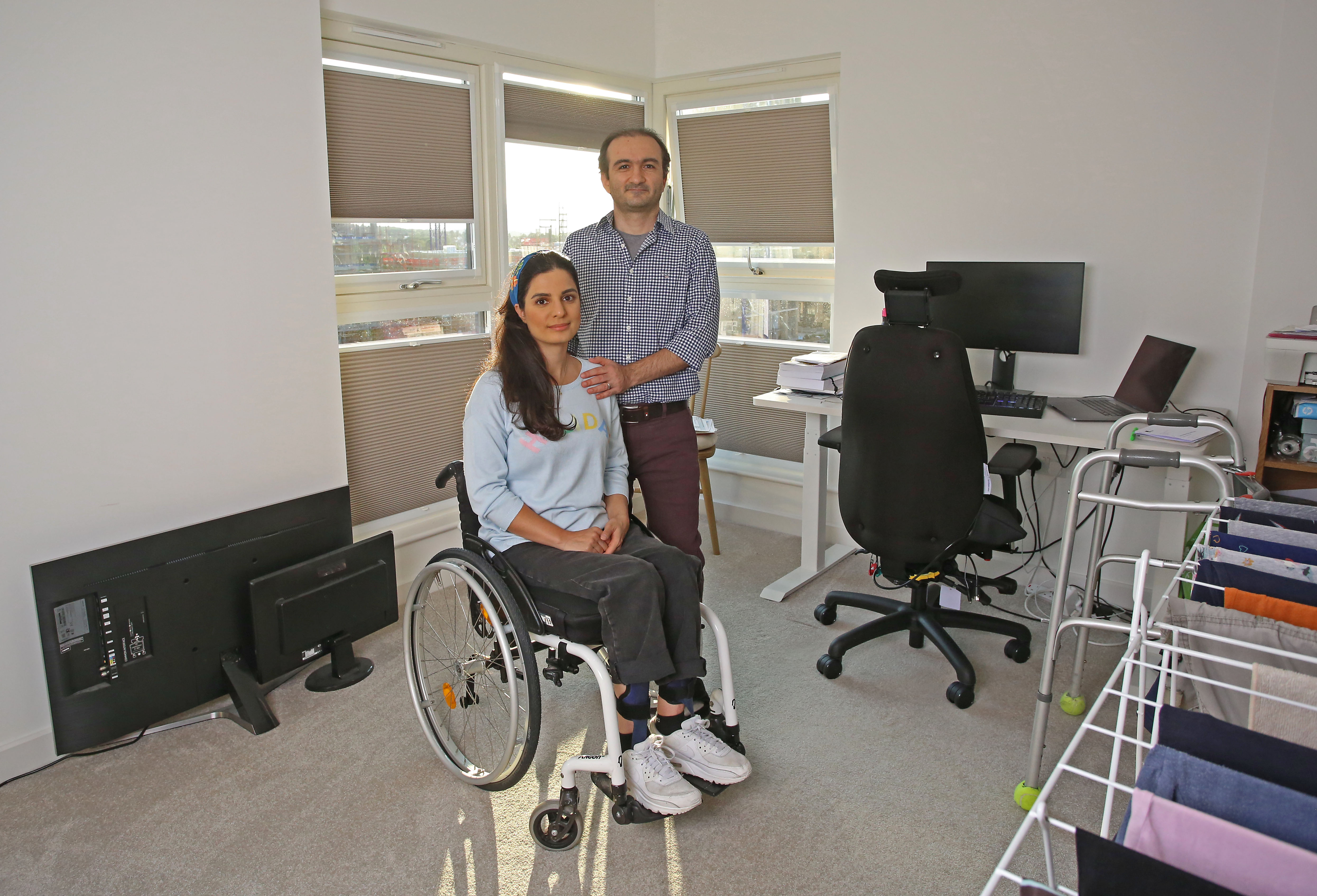 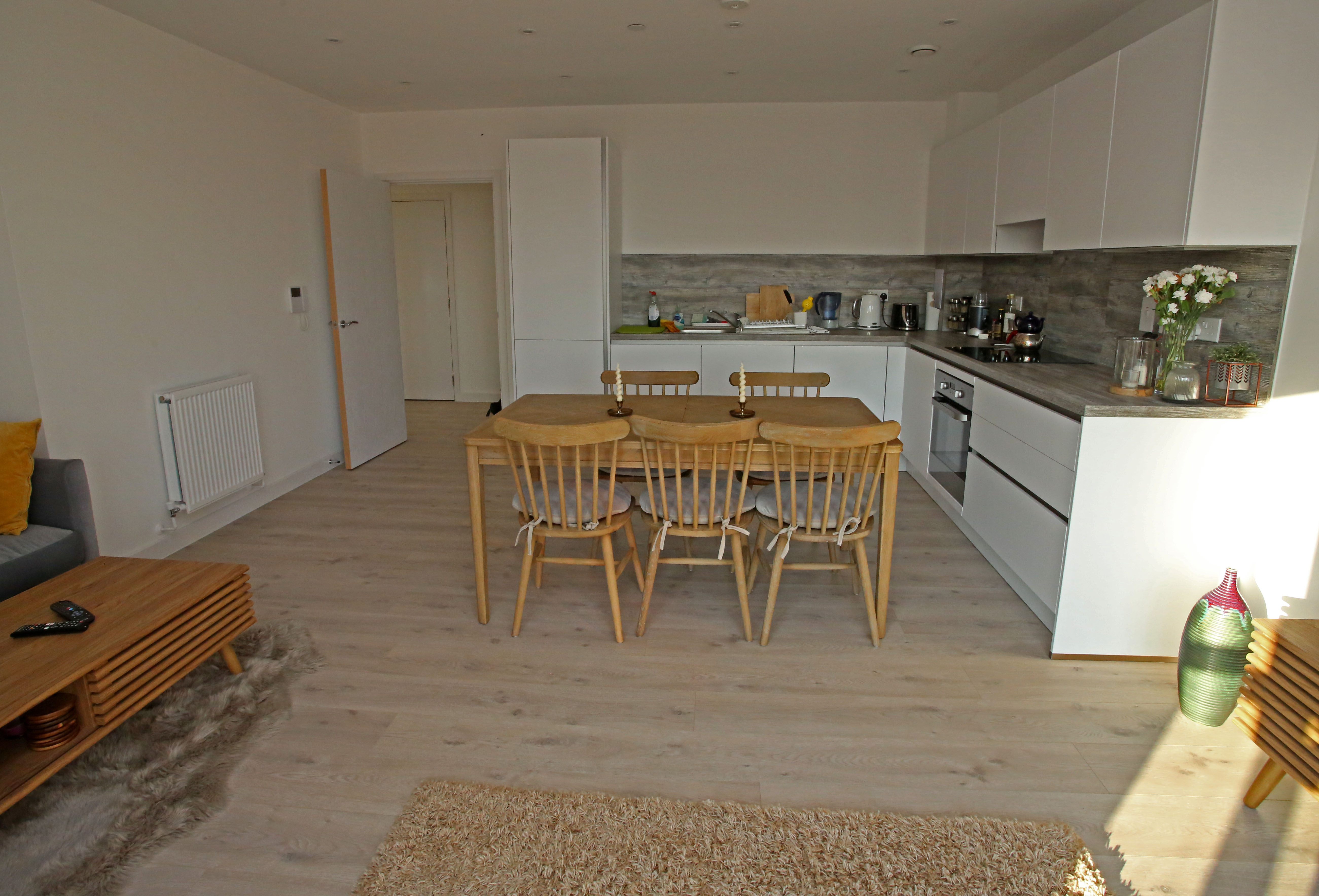 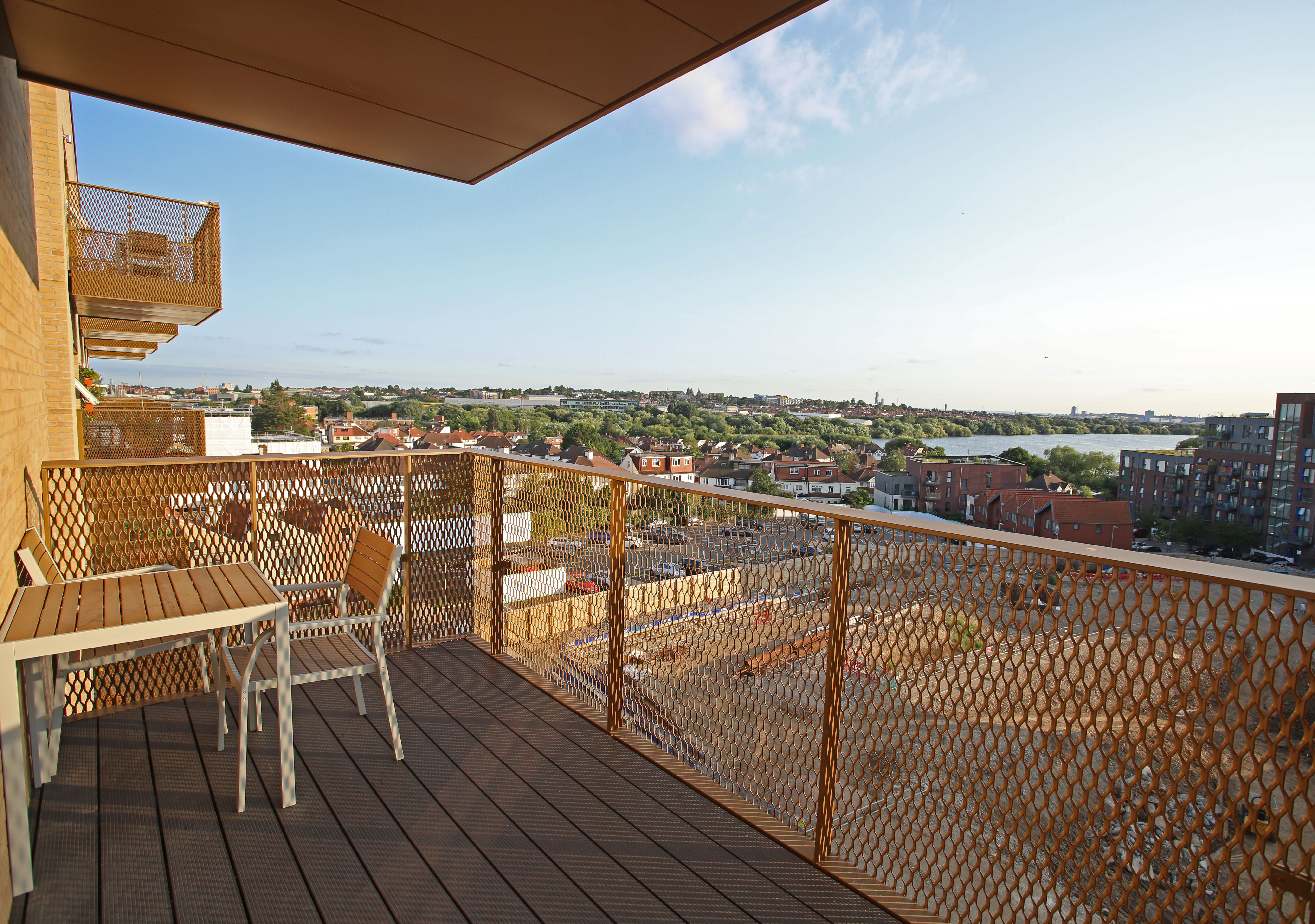