Two months ago, I quit drinking — after trying to give it up many times before. I’m a stand-up comic, so I’m often out past my bedtime performing (and I’m frequently paid in drink tickets), so it felt normal for me to drink every night of the week. But I knew I couldn’t keep up my lifestyle for much longer: I wasn’t sleeping, I had no energy, and I was starting to feel out of control. I could barely get work done during the day, I was having trouble eating, and I was sending embarrassing drunk texts to guys I just met (now I send embarrassing sober texts — much better).

What started as one drink per night had turned into three or four and then drunkenly stumbling home, and I wanted out. After several attempts at trying to drink "in moderation" — which included trying to cut back how many drinks per night and how many days per week I drank, but not going cold turkey — I eventually just decided to quit all together. I had so many concerns: How would I make conversation with people I don’t know? How would I stay loose on stage when I was exhausted? And, perhaps most daunting of all, how would I date? If you’ve been in a similar situation, you may need advice on how to tell a date you don’t drink. I learned a lot in my first few months of sober dating, and I wanted to share my experiences with you. 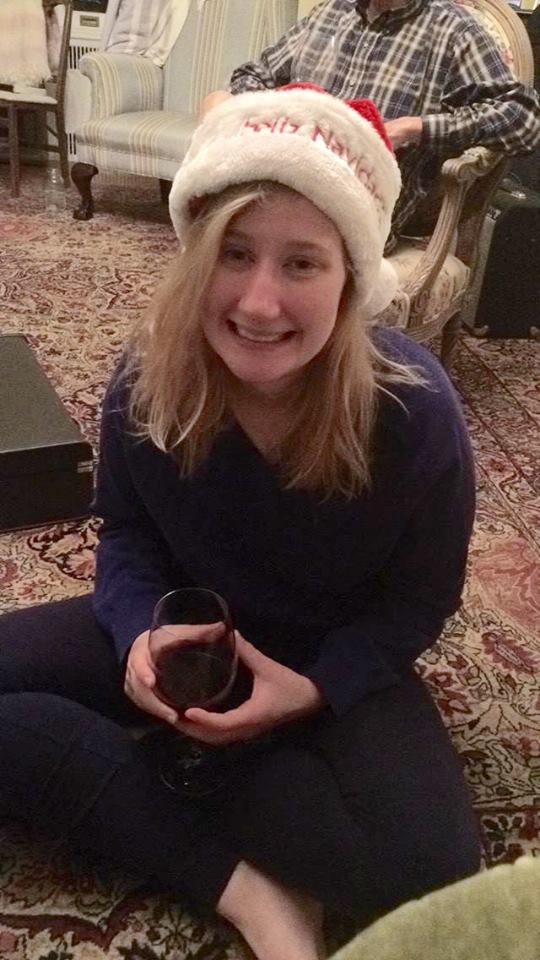 For a few weeks, I hibernated and went home as early as possible. It wasn’t all bad — I was sleeping through the night (ish), and was no longer waking up with hangovers. It’s almost amazing that you can avoid hangovers by not drinking — I feel like they should tell people about this more often. But I didn’t want my life without alcohol to be that much different from my life with alcohol, so I encouraged myself to get back out there and date. I worried I wouldn’t be as "fun" without drinking, but I’m generally a low-energy conversationalist anyway, so I didn’t think I’d be much different.

But dating without drinking felt like granola without yogurt: dry. I grew up on Sex and the City, and, thus, had spent my entire adult life believe you had to get drinks on a first date; I needed a new strategy. It quickly became obvious that telling guys on Tinder that I didn’t drink was going to be a challenge, because many people crave the social lubrication of alcohol on a first date or the convenience of meeting at a bar — and I can’t fault them for that. When I was drinking, I would have struggled to date a non-drinker as well. Fortunately, not drinking is becoming more common among millennials, with new alcohol-free bars popping up, according to greenpointers.com. In fact, the total money spent on alcoholic beverages is on the decline, according to a 2018 study conducted by Nielsen.

I may not have been alone in my sober journey, but that doesn’t mean it wasn’t a challenge. On my first date without alcohol, I didn’t tell the guy ahead of time, and he suggested a bar. I told him I had a "sore throat" and ordered a Diet Coke instead of a cocktail, but still matched him drink-for-drink and ended up staying up all night (alone, he was boring), because I was overly caffeinated. As I sat at home, buzzing with energy, I realized that the fact that I couldn’t just tell him I didn’t drink suggested that I was still somewhat embarrassed about it. But I reminded myself of how hard I had worked to give up drinking, and that I had the encouragement of good friends behind me. I’d get through this. 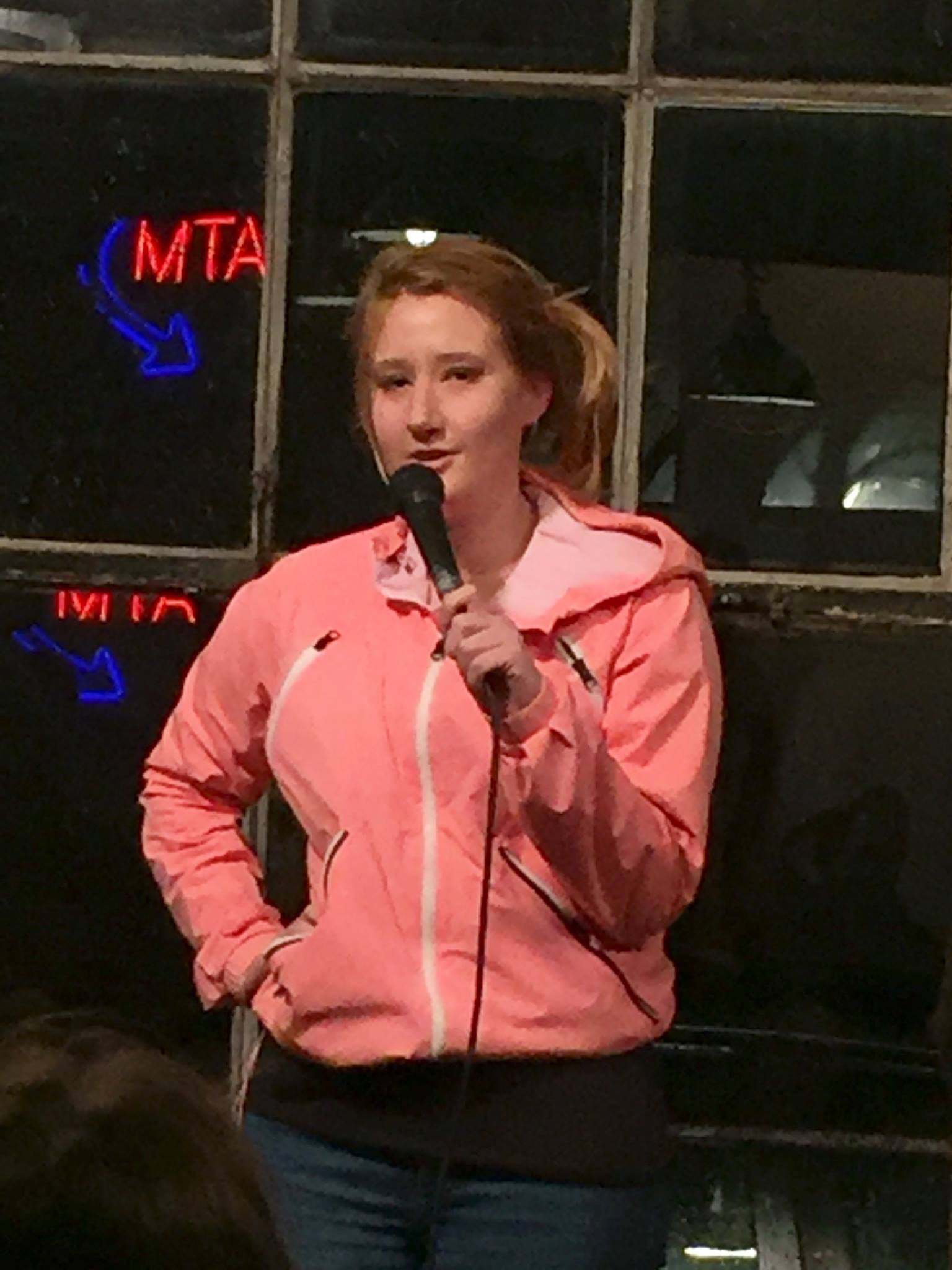 Now, I typically don’t tell dates that I don’t drink right away because it feels like too much baggage for a Tinder chat. I usually wait until we’re on our first date, and they ask or the topic of drinking comes up. "The best time to tell someone you don’t drink is when the topic comes up," Dawn Masler, author of Men Chase, Women Choose, tells Elite Daily. "For example, they might say ‘let’s go have a drink.’ The response would be, ‘I’d love to, but I should tell you I don’t drink.’" I like this strategy because It means you’re less likely to catch your date off-guard when you order something that isn’t alcoholic. However, I’ve also found that a lot of the men I date are terrible at asking questions, so it can be easy to avoid the conversation entirely. The truth is, there is no right time to tell your date you don’t drink — it’s a difficult conversation that requires a lot of vulnerability, patience, and honesty.

If the topic of drinking does come up, I usually tell my dates that I don’t drink — but I don’t always provide an explanation because it’s not something I owe them. I’ll open up about it, but I don’t usually want to on the first few dates, because it’s a personal decision. "It’s not something you need be ashamed or embarrassed about," relationship counselor and clinical sexologist Dr. Martha Tara Lee tells Elite Daily. "People don’t drink for many reasons and your reason is as valid as anybody else’s. You also do not need to feel you need to explain if you do not wish to." If they ask, I might say it’s because I’m happier sober, but I might indicate that I don’t want to talk about it, and that’s OK too. I don’t apologize for not drinking or try to defend my actions. Drinking is a personal choice, and you don’t owe anybody a reason for doing it or not doing it.

A great way to embrace dating without drinking is by embracing sober activities. Suggesting sober dates took confidence on my part, but I’ve gotten to be more comfortable because I’ve realized that these activities can be fun for everyone. In fact, my typical response when a guy asks if I want to go out used to be, "Sure, where would you like go to?" I’ve since learned to stick my neck out and take the lead on suggesting a date. There are tons of fun sober activities you can try! One of my favorite first dates is bowling because it’s interactive and the finger positions weirdly feel like they lend themselves to flirting. "There are lots of fun activities you can do such as escape rooms, indoor skydiving, indoor golf, a movie, or a comedy club (just drink soda for the two drink minimum)," Maslar says. In fact, suggesting any of these could score you points for looking original and having creative date ideas.

Sometimes, I wonder if I’m missing out by not drinking. It’s happened on dating apps that a match will stop responding if he suggests a bar and I say, "That’s fine with me but heads up I don’t drink." But there are plenty of fish in the sea (literally, there’s a fish in every Hinge profile), so I’ve decided not to waste my time with people who aren’t OK with me not drinking.

I truly believe that anyone worth dating will be understanding and nonjudgmental of my decision not to drink. I’ve come to enjoy sober dating for the same reasons I prefer my sober lifestyle overall — I have more energy, I feel more confident, and I have less anxiety. So, while explaining that I don’t drink to dates can be a challenge, I gladly rise to the occasion. Now, if I date wants me to feel comfortable, they don’t need to buy me a drink — they’ll have to win me over with their personality.