Home » Lifestyle » Is Emilia Clarke Dating Anyone? Asking for a Friend…

Game of Thrones has been over for 84 years (kay, like, a year) and all your faves are moving on with their lives—which means conspiracy theorists should probably stop obsessing over whether Emilia Clarke and Kit Harington are secretly in love and accept the fact that Kit is fully married to Rose Leslie and Emilia is living her best life away from Westeros.

But also, I feel you, so here, ENJOY THIS GIF.

Anyways, moving on. What’s going on with Khaleesi’s love life these days, you ask? Emilia reportedly started dating film director Charlie McDowell back in 2018, but they quietly broke things off without telling anyone (namely you) in 2019, and now everyone’s out here theorizing about her relationship status in 2020—even though she’s confirmed literally nothing. Let’s break it down, shall we? We shall.

They dated briefly in 2012, and Emilia opened up about the relationship in Glamour. Specifically, she spoke about the cons of dating in the public eye:

Honestly, though, the vibes were cute! 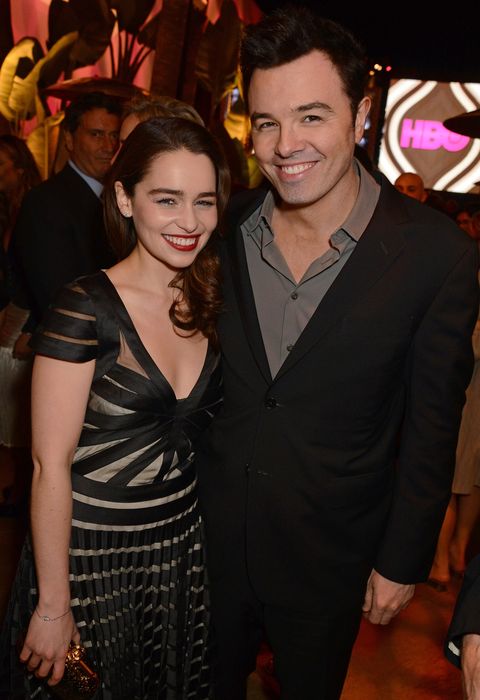 Looks like Emilia and Charlie’s relationship started in October 2018—at least that’s the month when Emilia shared a photo of herself being kissed on the cheek by a mysterious stranger, and fans immediately morphed into professional detectives and figured out it was Charlie:

Flash-forward to December, and Emilia kiiinda confirmed her and Charlie’s relationship on Instagram. By which I mean she gave him photo credit on a picture of her running into the ocean.

The relationship didn’t last long, because as of March 2019 Charlie stopped following Emilia on Instagram:

And he started dating Lily Collins (who he’s currently engaged to!) in August of that same year.

Okay, calm down, Emilia and Matt are just RUMORED to be dating based on literally no evidence whatsoever. Like, they were photographed together in September 2020 and that’s basically it. But still, Twitter jumped to conclusions and did its thing: