EVGENY LEBEDEV: It’s NOT racist to say China’s vile markets are to blame for coronavirus and they MUST ban them

From the taiga snow forests of Russia’s far east to the savannahs of sub-Saharan Africa, I have been on the frontline of the fight against the illegal wildlife trade. With my publications, the Evening Standard and the Independent, we have campaigned for more than a decade against the horrors of animal poaching. Now coronavirus has emerged as yet another gruesome consequence of the way we treat animals.

It is clear now that Covid-19 first crossed over from another species, and one potential origin is the pangolin, or scaly anteater. This mammal is poached in Africa and Asia for use in traditional Chinese medicine and has the questionable honour of being the most hunted creature in the world.

As I saw only last week in Chad, they are majestic, beautiful animals in the wild. Yet in China, they are pathetic, caged things. 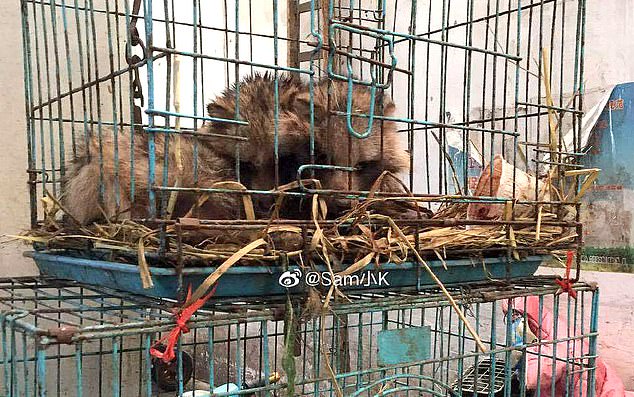 Source of the misery: Caged wild animals at the market in Wuhan, China, where the coronavirus pandemic originated

Pangolin meat is seen as a delicacy, but some Chinese also believe the scales, once dried and treated with urine, can tackle nervousness and excessive crying in children. I’m willing to wager there are more, not fewer, anxious children thanks to this peculiar tradition.

According to the Zoological Society of London, 75 per cent of new infectious diseases come from animals.

Why, then, does China continue to permit the existence of unhygienic live animal markets, where disease transmission is known to happen?

Why haven’t the Chinese authorities tackled poaching, animal cruelty and pseudoscientific ‘traditional’ medicine with the same ferocity that they have applied to Falun Gong religious group or Uighur culture?

The Communist Party has passed laws banning the illegal wildlife trade and cracking down on live markets. But it did the same during the SARS outbreak of 2002- 2004 (another coronavirus), then quietly relaxed the ban a few months later.

The Chinese government appears desperate to avoid any blame for this outbreak. It is mobilising diplomats to spread conspiracy theories, and disingenuously relying on the Western language of anti-racism to avoid criticism. But criticism is all too necessary if things are to change.

It is not ‘racist’ to confront the medieval beliefs of so-called traditional medicine around the world. Culture is not a fixed thing, a museum for others to gawk at. It is a constantly evolving conversation and we have to be part of it.

If China fails to act, the rest of the world should take steps to force its hand. 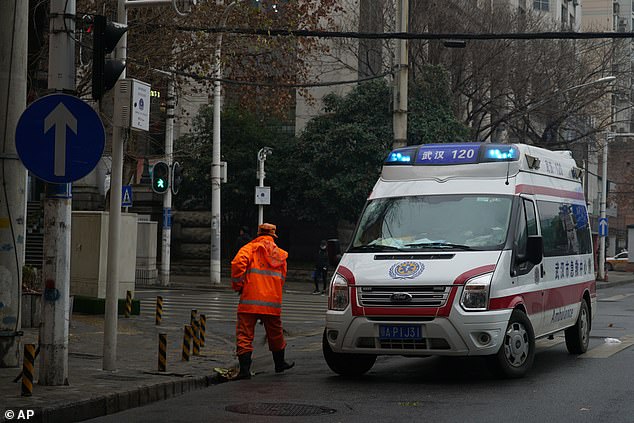 It is clear that Covid-19 first crossed over from another species, and one potential origin is the pangolin (pictured: an ambulance drives by a street cleaner in Wuhan on January 22)

It is Chinese culture, after all, that is at the epicentre of a global crisis of animal rights.

It is what fuels the pitched battles between rangers and poachers in sub-Saharan Africa. It is Chinese money that lines the pockets of criminal traffickers and terrorists such as Boko Haram and AlShabaab. We all know how that money is spent.

And it is this same culture of barbarity that leads to filthy cages in filthier markets where miserable animals from snakes and bats to pangolins are imprisoned. Not even familiar domestic animals such as dogs are spared. They can be bludgeoned to death or cooked alive. In some areas their legs are hacked off while they are still alive.

The illegal wildlife trade corrupts everything it touches. African ecosystems have been destroyed, while elephant populations are only just beginning to recover thanks to organisations such as Space For Giants.

And now we are seeing another horrifying facet of the corruption, as viruses spread from trafficked animals to humans.

It would be a sweet irony if this virus were the saviour of the critically endangered pangolin. If one good thing comes out of this terrible pandemic, let it be a reassessment of the atrocious and disgusting animal trade that has given us two coronaviruses this century alone.

In his novel The Plague, Albert Camus correctly identified that the sickness afflicting humanity was not simply a disease, but a result of the way man chooses to live his life.

I’ve seen the rotting, maggotinfested carcasses of elephants murdered for their tusks in the savannah too many times.

It’s a sight no one should endure ever again.

Now nature has threatened us with the same fate, it’s time we finally listen.

Evgeny Lebedev is the proprietor of the Evening Standard and Independent publications. He is also patron of the conservation organisation Space For Giants.