Ivanka Trump: Who is her husband? Have they been married longer than Donald and Melania?

Ivanka Trump is the former model who also ran a namesake fashion line for 11-years before becoming a senior advisor to Donald Trump.  She married her husband, Jared Kushner, in a lavish ceremony at the Trump National Golf Club in Bedminster, New Jersey.  Donald Trump also chose to marry at one of his own properties, and wed his third wife, Melania Trump, 49, at his Mar-a-Lago estate in Florida.  How did Ivanka meet Jared and have they been married for longer than Donald and Melania?

Ivanka Trump: This is when the businesswoman married Jared Kushner

Ivanka first met her husband, Jared, in 2007 after they were originally set up to discuss business.

Jared is an investor and real-estate developer who first met Ivanka when they were both 25-years-old.

When they met, sparks flew and the pair married in a ceremony which reportedly cost $1 million, or £791,600.

Since then, the couple have had three children together, Arabella, seven, Joseph, five, and Theodore, three.

The former model married Jared on 25 October 2009, after they dated for two years. 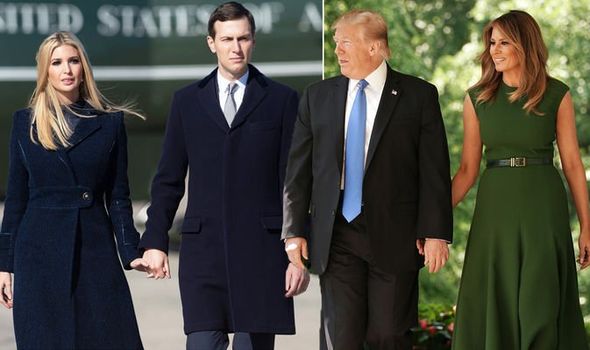 Both Ivanka and Jared now work as political advisors for Donald Trump.

Ivanka is the daughter of Donald and Ivana Trump, but she was just ten when her parents split up.

Donald Trump soon married his second wife, Marla Maples, but the couple separated in 1999 after seven years of marriage.

That same year, Donald met his current wife, Melania, and the pair hit it off, despite their 23-year age gap.

After six years of dating, Donald and Melania married on 22 January 2005, which means they had been husband and wife for four years before Ivanka tied the knot. 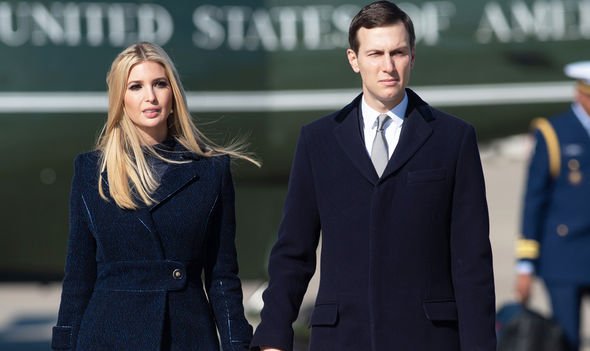 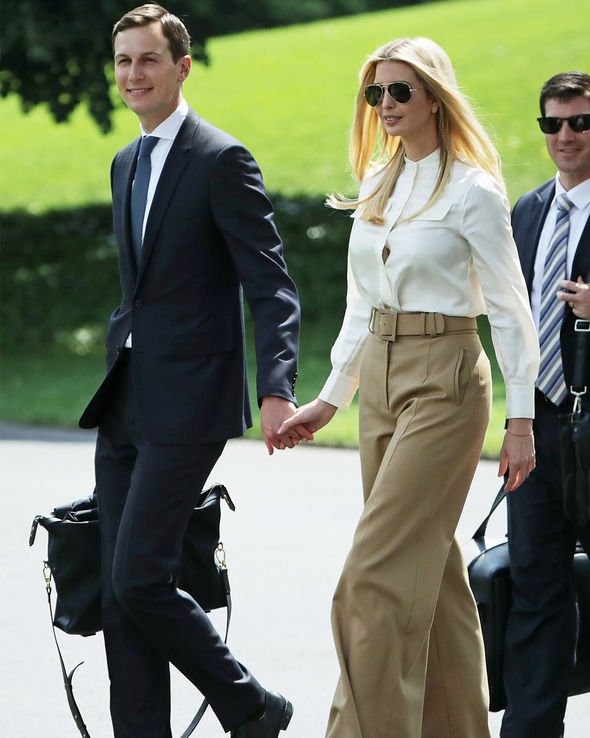 Even though technically Melania is Ivanka’s step-mum, there is just 11-years between them.

The pair both work closely together as the First Lady and First Daughter of the United States.

When Melania steps out, she is often seen dressed is chic outfits from her designer wardrobe.

In April alone, the former model spent an estimated £12,800 on clothes.

This week, the mother-of-one gave a talk in the Rose Garden at the historic building to celebrate the anniversary of her Be Best initiative.