Julia Fox wears skirt made out of photos of herself

Julia Fox has returned to Paris in another quirky look.

Her hair was gathered up into a series of rolls to create a pompadour look, with her newly-bleached eyebrows on full display.

Fox, 32, has leveled up her fashion week experience this year, closing out the show at Patou’s first runway event on Sunday.

And while we’re sure the star is going to make plenty of appearances at other catwalks this week, the model skipped out on the Schiaparelli Haute Couture show, which she attended in January with then-boyfriend Kanye West. 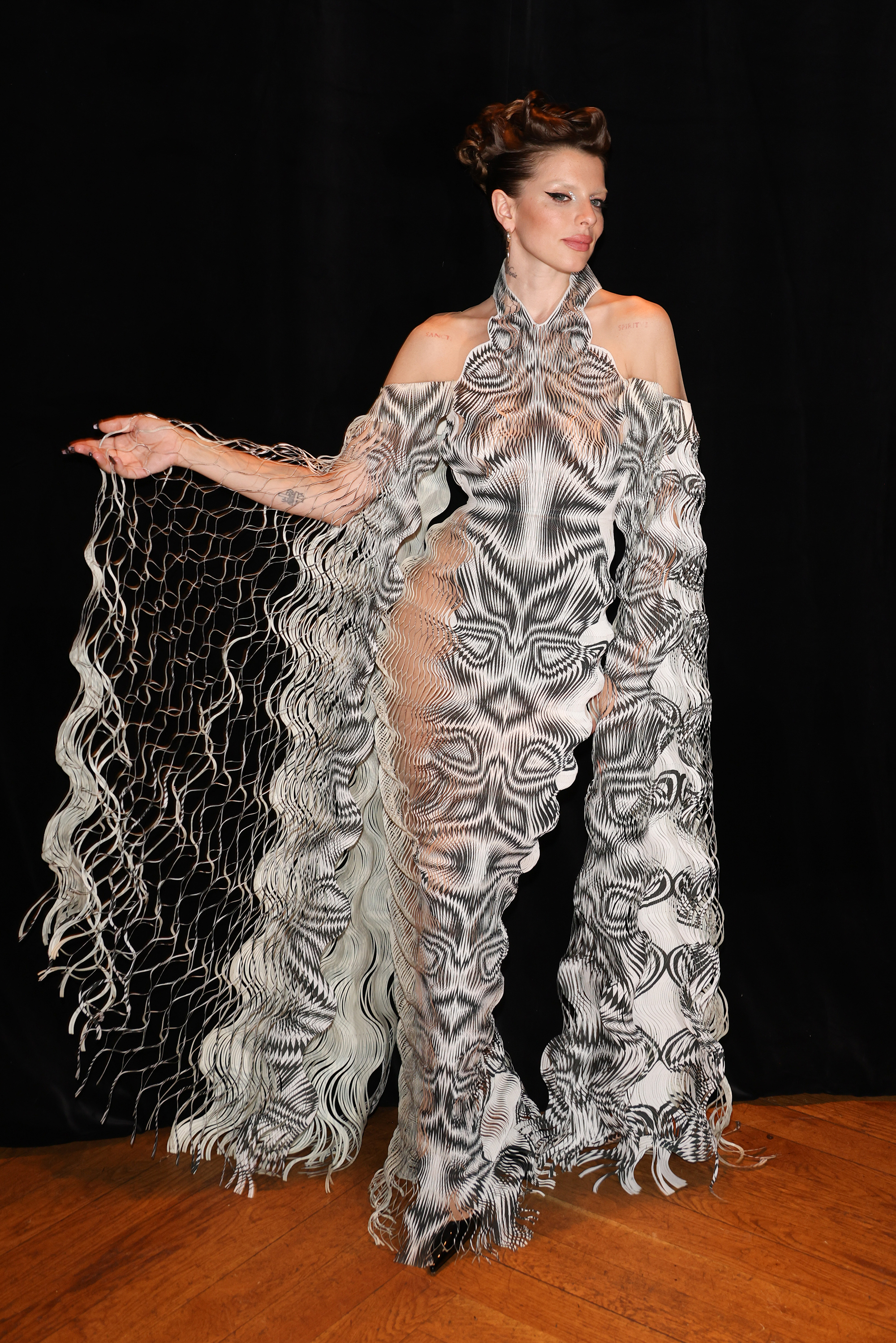 The couple made their red carpet debut at the Kenzo Fall/Winter 2022/2023 fashion show in matching denim looks, coordinating in black gloves while she accessorized her cone-bra cropped jacket with low-rise jeans and showed off her now-signature smokey eye for the first time. 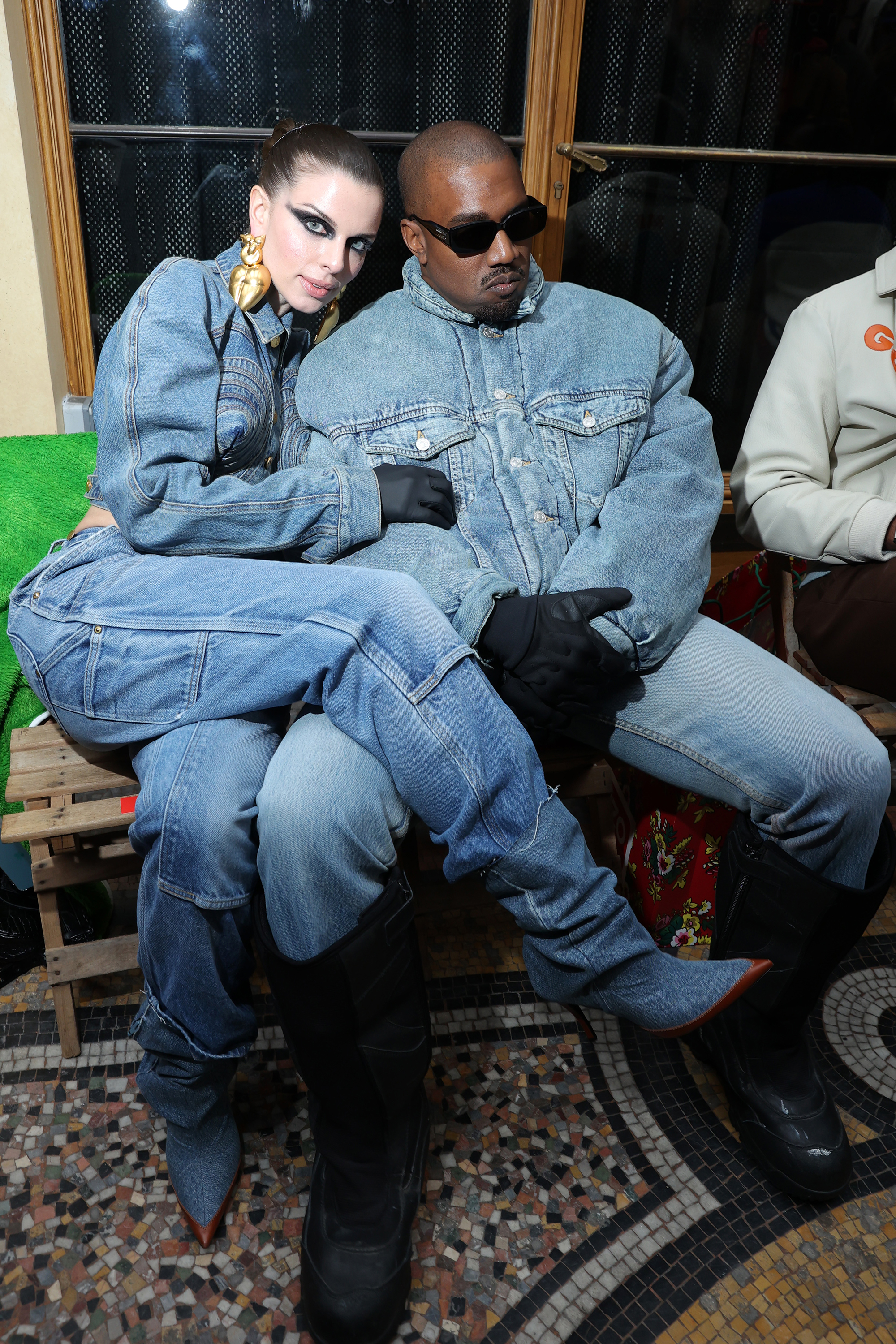 Later on that trip, West dressed his muse up in the same Rick Owens look previously worn by ex-wife Kim Kardashian — and even fixed her black smokey eye himself.

Though the “Donda” rapper gifted the actress — plus five of her friends — a Birkin bag for her birthday upon returning from the City of Love, their relationship was short-lived. The two broke up before Valentine’s Day. 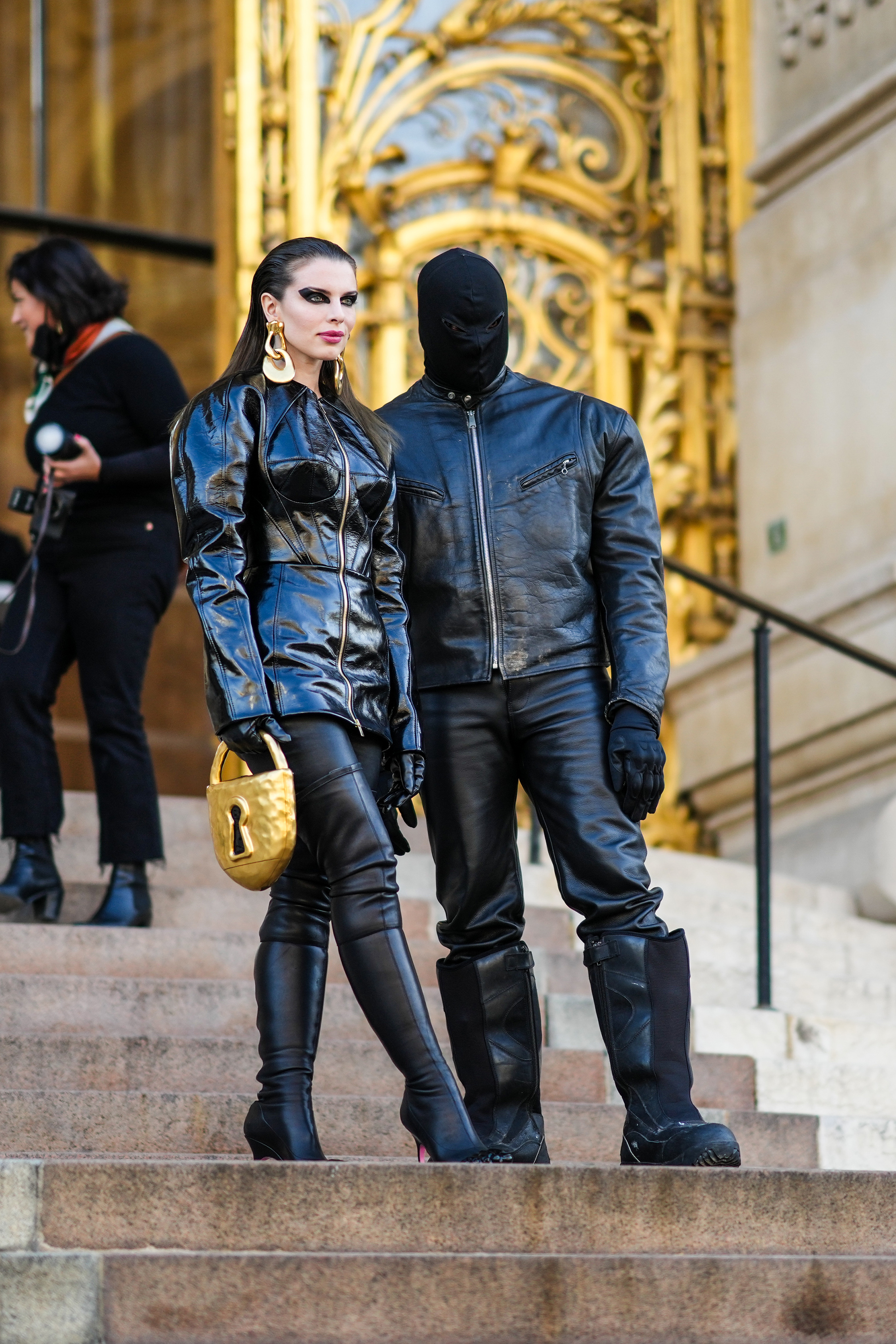 Despite their split, Fox’s fashion career has only taken off since parting ways with West, who is notorious for dressing his women. In February, Fox made her runway debut for LaQuan Smith, attended Milan Fashion Week solo and rocked increasingly scandalous looks on and off the red carpet.

We’re sure Fox is only getting started.