On Thursday, Jarrod Ramos, the man who murdered five journalists at the Capital Gazette newsroom in 2018, was found sane and criminally responsible for the mass shooting. The jury’s verdict was unanimous, according to CBS Baltimore, and Ramos will now be sentenced to prison rather than a maximum-security mental health facility. 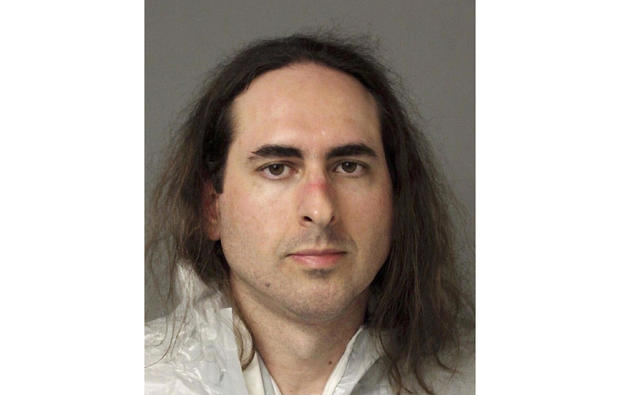 Prosecutors are pushing for Ramos to receive five life sentences without the possibility of parole, according to the Associated Press.

On June 28, 2018, Ramos, now 41, went to the Gazette’s newsroom in Annapolis, Maryland, where he blocked the back door and tied the side door with nylon before entering through the front. He wore shooting glasses and ear plugs as he walked in with his shotgun. He killed five people before police found him hiding under a desk — John McNamara, Wendi Winters, Rebecca Smith, Gerald Fischman and Rob Hiaasen.

Prior to the attack, he had years of confrontation with the outlet. At one point, he had attempted to sue the Capital Gazette for defamation after they reported on Ramos harassing a former high school classmate and attempting to get her fired.

Ramos pleaded guilty to the 23 charges against him in 2019, including five counts of first-degree murder. But he then claimed he was not criminally responsible for his actions because of his mental health. His defense argued he had paranoid delusions about the newspaper and courts working together to prevent him from restoring his reputation following the harassment incident.

A psychiatrist testified Wednesday at the trial, saying Ramos had decided he was going to attack the Gazette in 2016, two years before the incident took place, according to CBS Baltimore. They also said he called 911 after the shooting, which further proves he knew the criminality of his actions.

Last week, several survivors of the mass shooting testified at the trial.

According to the Associated Press, reporter Selene San Felice had testified she watched McNamara get shot while she was hiding under a desk with an intern.

“I was waiting to die, and so I was praying,” she testified.

Janel Cooley, an advertising sales representative, had testified how Winters, one of the five victims, had charged at Ramos with a trash can and a recycling bin before he shot her. Cooley testified that Ramos was walking “purposefully, very methodically,” throughout the building.

“It’s been more than three years since Jarrod Ramos intentionally and methodically entered the Capital Gazette suite located at 888 Bestgate Road and executed a revengeful act against innocent victims,” she said. “In a matter of minutes, he robbed the families of more hugs and kisses and friends of more priceless moments but most importantly, each and every one of them of more time. Their lost will forever impact our community but their words and legacy will always remain.”

Assistant State’s Attorney David Russell said after Thursday’s hearing that he hopes the decision will “give some closure and opportunity to heal” for victims and their families.

“That’s been our motivating factor the entire time. It’s just trying to, in whatever way we can, help those people get back to a sense of normal and make sure that justice is served in this situation.”

Several family members of the victims made remarks following the jury’s decision.

“I think when people talk about the five victims of this violent crime, you can look around and see there’s a lot more than five. It ripples all over the county, the state and the country. There are a lot of people who couldn’t be here today because they choke on their own words when they talk about this horrific crime,” said Andrea Chamblee, who is the widow of John McNamara. “… Dangerous men with easy access to firearms should not be able to murder us in our newsrooms, in our offices, in our yoga studios, in our movie theaters, in our high schools, in our elementary schools. These crimes can happen in any town.”