The Cambridges can’t pass up a matchy moment.

Kate Middleton and Prince William brought Princess Charlotte along to watch a swim meet at the Commonwealth Games in Birmingham, England today — and the family coordinated perfectly in shades of blue and white.

It was a rare public appearance for the 7-year-old princess — and her first one without any of her siblings — looking adorable in a navy-and-white striped dress with a Peter Pan collar by Rachel Riley ($65) paired with white sandals by La Coqueta Kids ($46, originally $66).

The Duchess of Cambridge, 40, coordinated with Charlotte in the white Alexander McQueen blazer ($1,995) she previously wore for the Cambridges’ trip to Jamaica in March and during Windrush Day events in June. 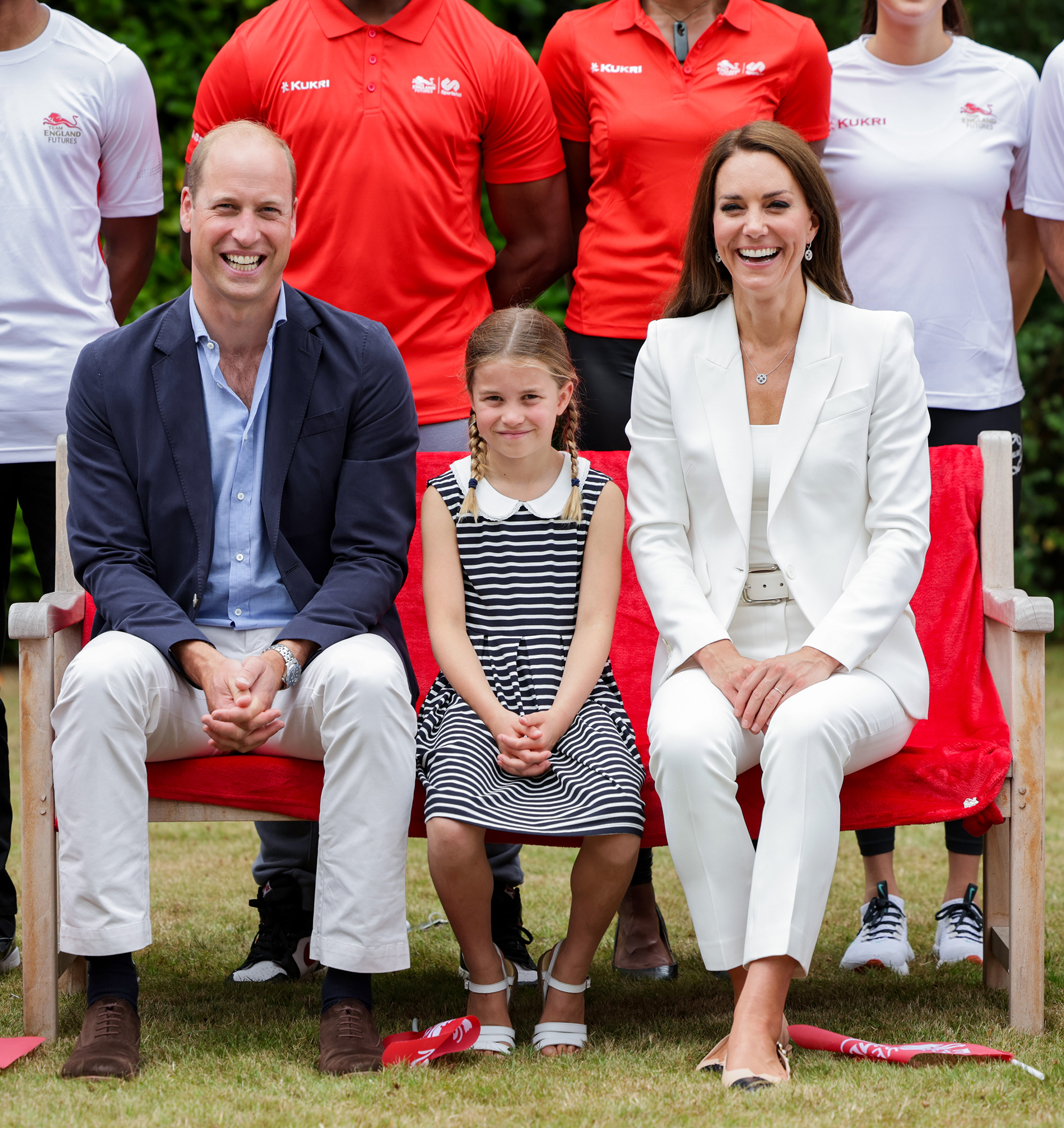 Middleton wore her blazer with the straight-leg Alexander McQueen trousers she sported in Jamaica, a white top and wide belt.

She added the black-and-tan Camilla Elphick slingbacks she wore to a recent polo match and her often-worn “Empress” earrings ($2,135) and pendant ($2,441) from Mappin and Webb. 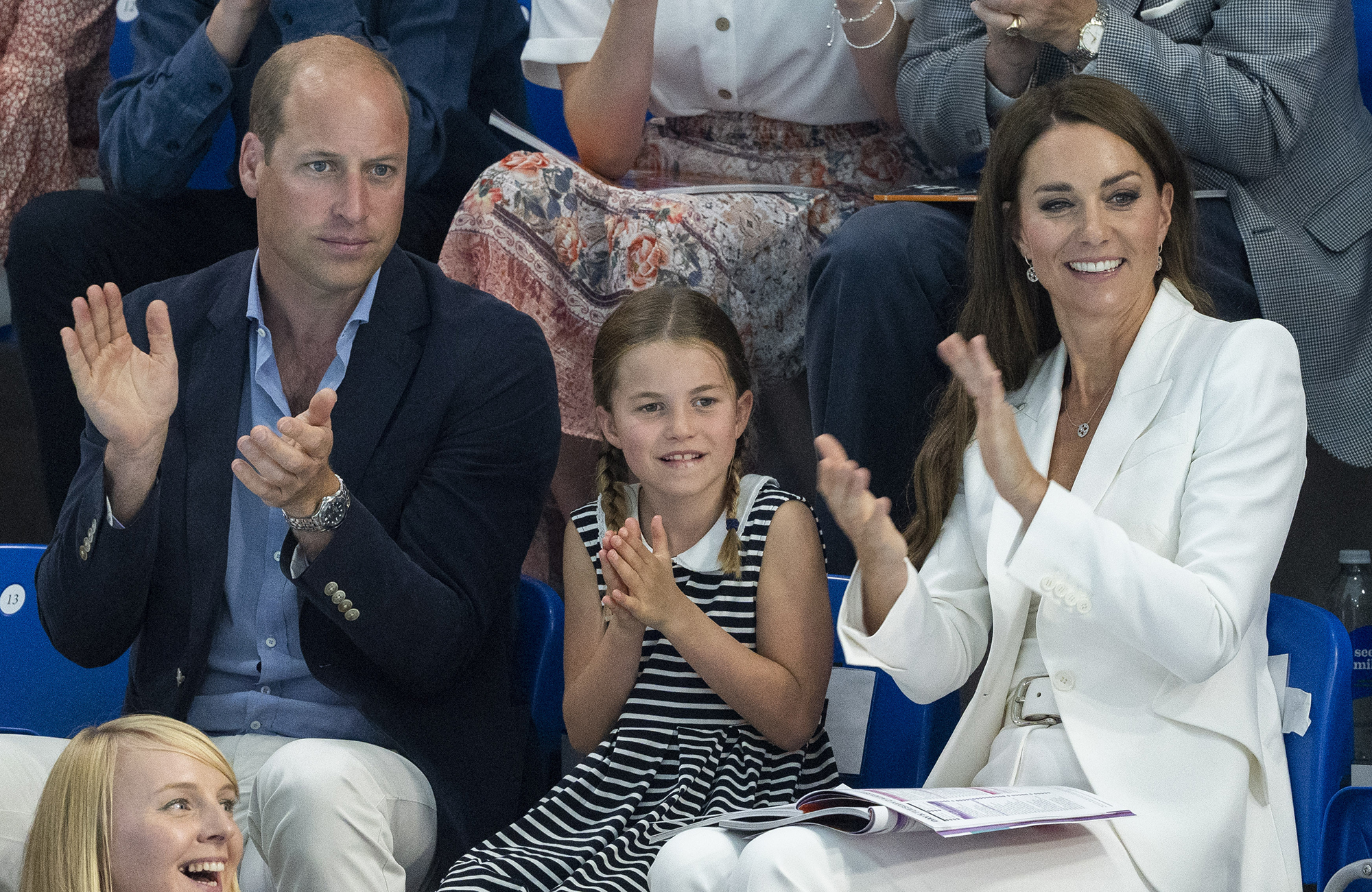 Meanwhile, Prince William, 40, complemented his wife and daughter’s looks in a navy blazer, khakis and a light blue button-up shirt.

From Wimbledon to the Euros and now the Commonwealth Games, it’s been a summer of sports for the royals, and although the Cambridge kids have been somewhat out of the spotlight since the Platinum Jubilee, Princess Charlotte has been cheering on British teams all the while. 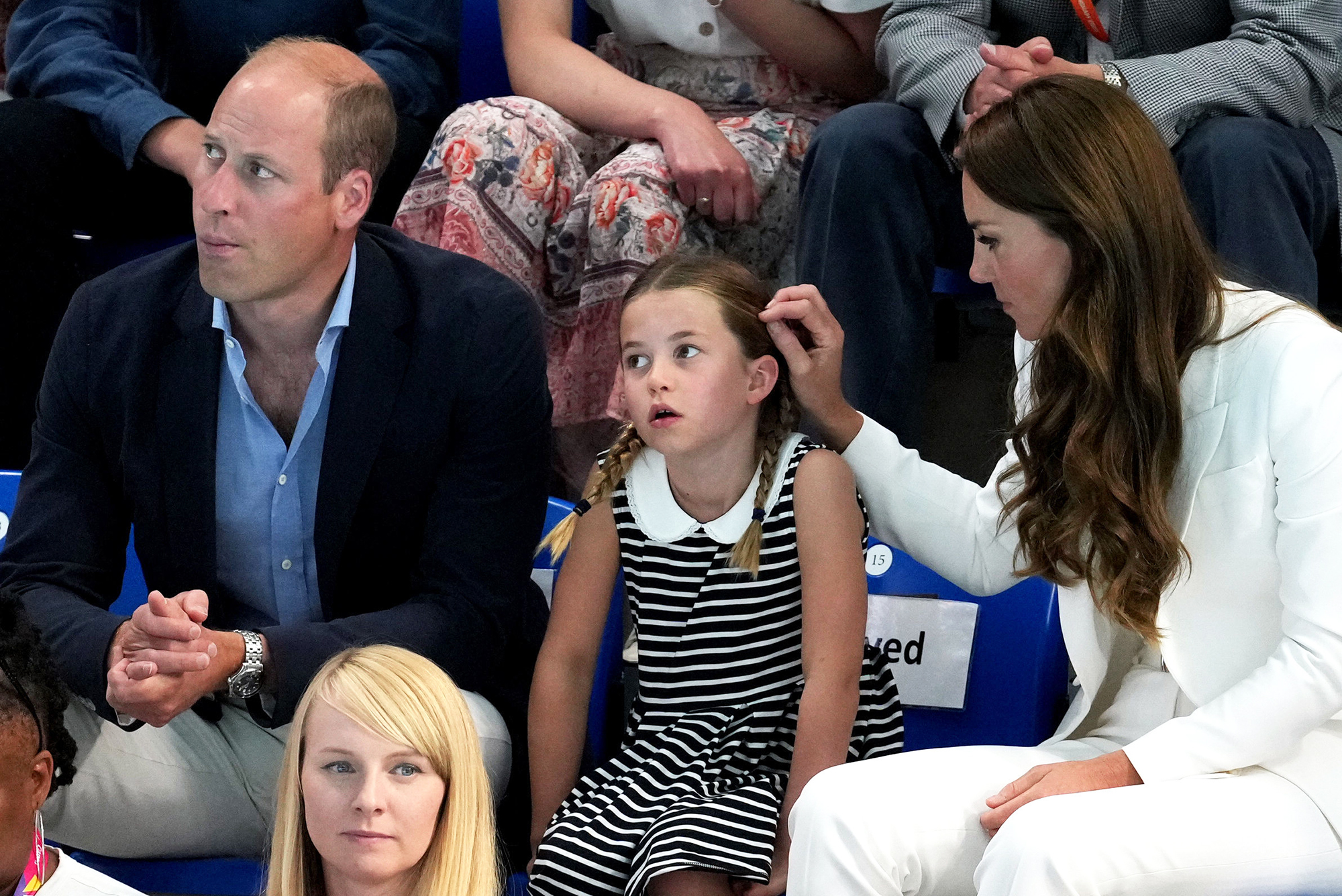 On Sunday, the young royal channeled her mom in navy polka dots to cheer on England’s women’s soccer team ahead of their victory in the Euro 2022 finals, starring in a video with Prince William to wish the team good luck.

We also saw another sporty moment from the family Sunday when the duchess hopped aboard a catamaran with the Great Britain sailing team for a friendly race against New Zealand — and she wore shorts for the third time ever. 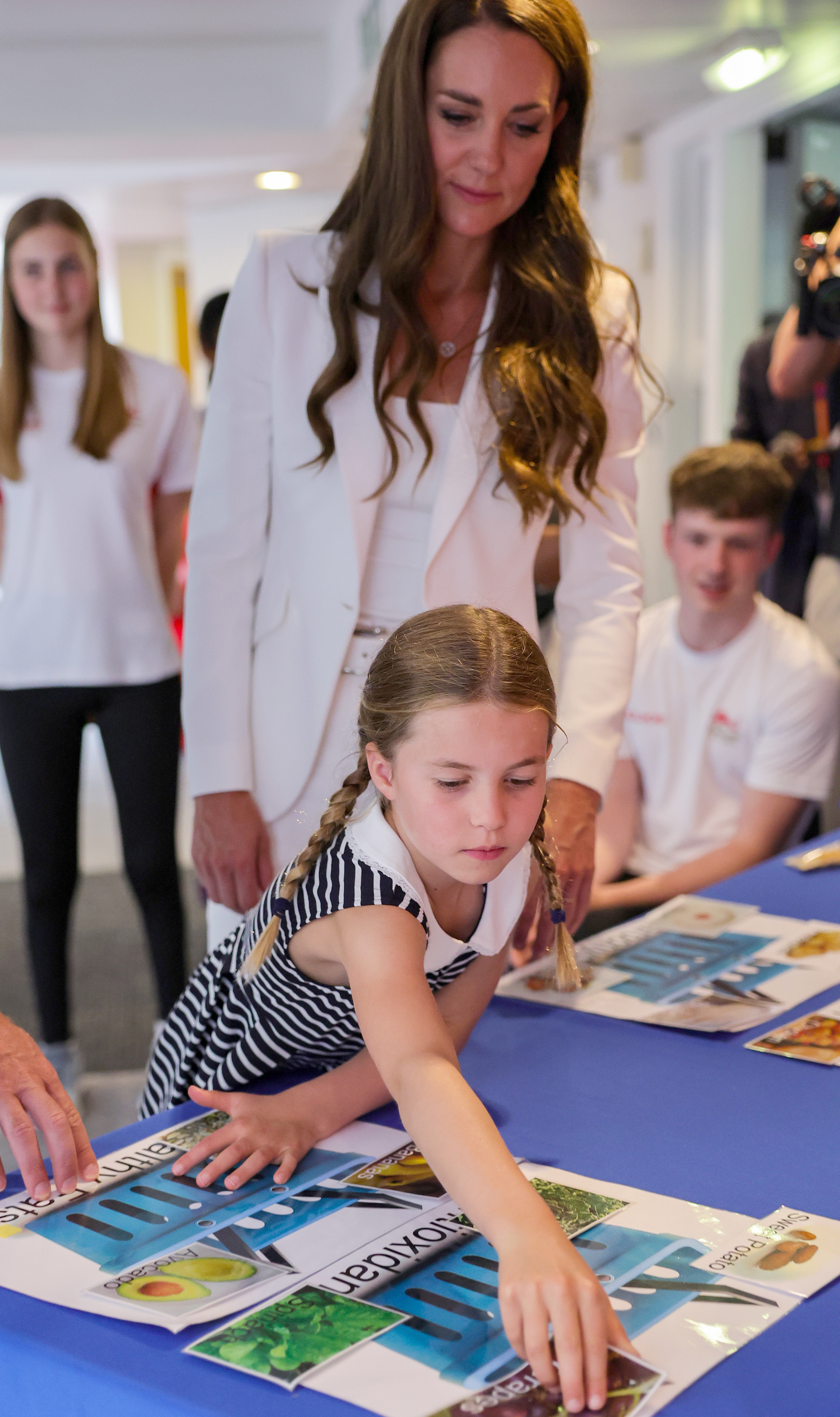