The five-year-old cancer patient who stole Kate’s heart: Duchess phones ‘very brave’ little girl who was pictured kissing her father through a window while shielding during lockdown as she speaks to Hold Still finalists

The Duchess of Cambridge praised the strength and bravery of a five-year-old cancer patient in a telephone call released today.

Mila Sneddon, of Falkirk, was photographed kissing her father through a window as she shielded while undergoing intensive chemotherapy for leukaemia during lockdown last year.

The photograph, titled Shielding Mila, was taken by her mother Lynda and is one of the 100 final images included in the Duchess of Cambridge’s book Hold Still: A Portrait of Our Nation in 2020, which is out tomorrow.

Kate Middleton, 39, phoned Mila and Lynda last autumn and the conversation was released today on the Duke and Duchess of Cambridge’s new YouTube channel, alongside heart-warming photographs of Mila and her family.

Mila, who was four at the time, began the call by saying: ‘Good morning, Your Royal Highness,’ prompting Kate to respond: ‘Good morning. Goodness me, you’re so polite Mila.’ 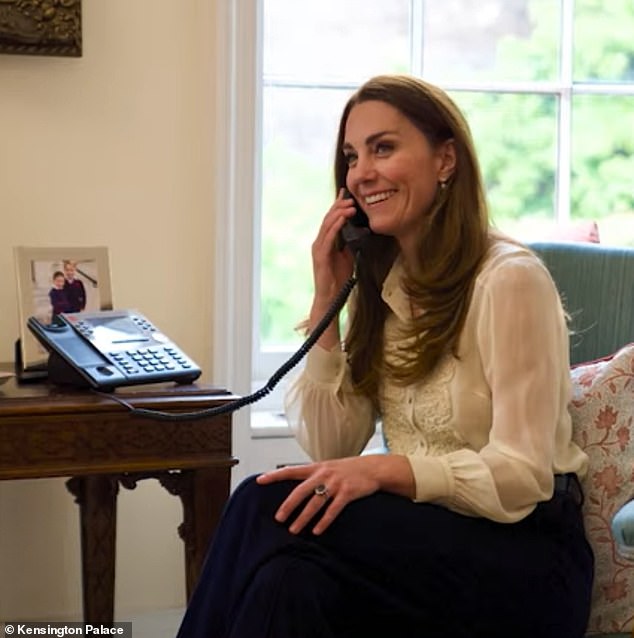 Kate Middleton, 39, phoned Mila and Lynda last autumn and the conversation was released today on the Duke and Duchess of Cambridge’s new YouTube channel, alongside heart-warming photographs of Mila and her family. Pictured, a photograph released today 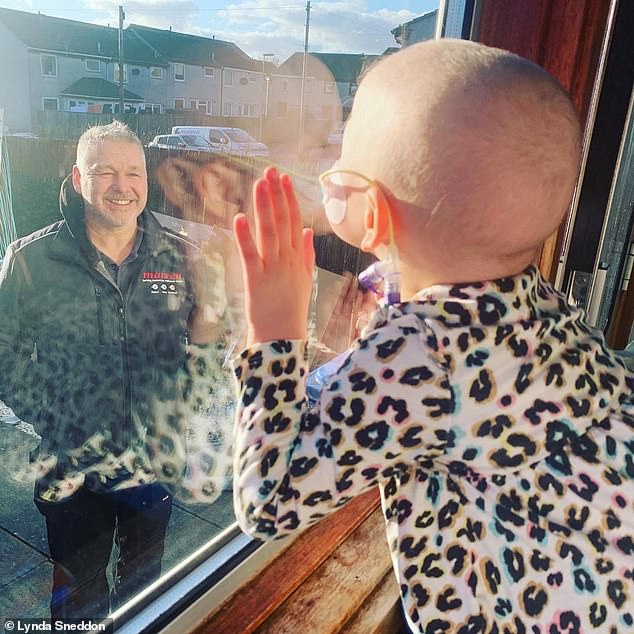 Mila Sneddon, of Falkirk, was photographed kissing her father through a window as she shielded while undergoing intensive chemotherapy for leukaemia during lockdown last year

Mila was diagnosed with acute lymphoblastic leukaemia in November 2019.

When the pandemic hit, parents Lynda and Scott made the difficult decision to isolate separately to minimise the risk to their daughter. Lynda stayed with Mila while service engineer Scott and Mila’s sister Jodi, 16, went to Lynda’s parents.

‘He had to look after me because I went for a treatment,’ Mila told the Duchess when asked about why she had to spend time away from her father.

‘When he came [back] into the house I was so surprised.’

After learning Mila’s favourite colour is pink, she added: ‘I’ll have to make sure I try and find a pink dress. Hopefully when, one day, hopefully, Mia, we’ll get to meet and then I’ll wear remember to wear my pink dress for you.’

Lynda’s touching photograph of her daughter went viral after she shared it on social media with a post urging people to observe social distancing rules.

She decided to submit it to Hold Still project after the Duchess of Cambridge made an appeal for submissions on This Morning. 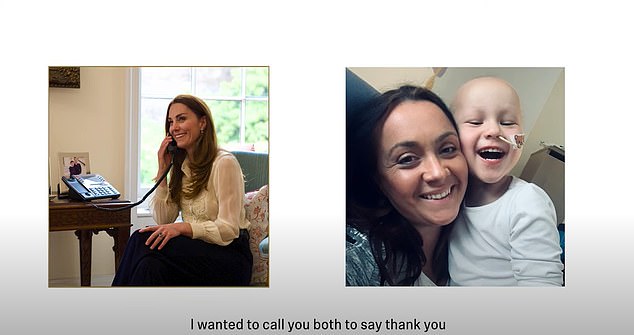 The duchess thanked Mila, and her mother Lynda who took the image, for sending in the ‘fantastic’ pictures, adding: ‘We love your photograph’. Above, a grab from the YouTube video

Hold Still was launched by The Duchess and the National Portrait Gallery last year and invited people of all ages from across the UK to submit a photographic portrait which they had taken during the first lockdown.

From over 31,000 images submitted, 100 final portraits were selected and shown in a digital exhibition before being displayed across the UK as part of a community exhibition. 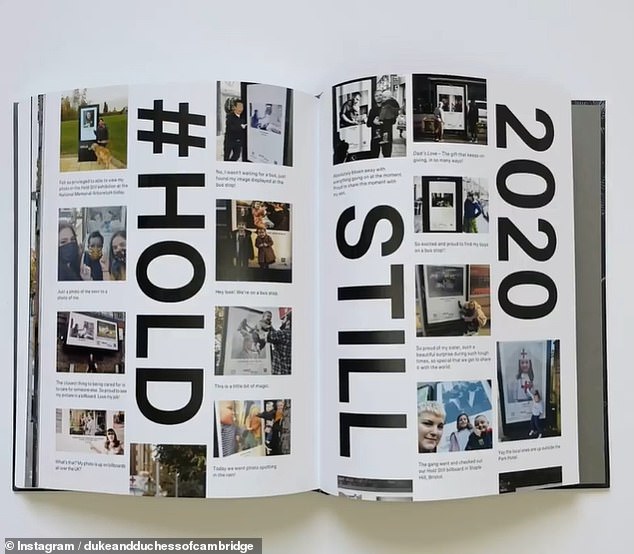 Hold Still: A Portrait of Our Nation in 2020 brings together the final 100 Hold Still portraits, providing a unique record of our shared and individual experiences as the COVID pandemic took hold.

The book, which has been put together with support from the Co-op, will be available in UK bookshops and online from tomorrow (Friday 7th May), one year on since Hold Still was first launched.

Net proceeds raised from the sale of the book will be split between leading mental health charity Mind, and the National Portrait Gallery.

The funds will help to support arts and mental health projects across the UK, including Mind’s work in local communities and the National Portrait Gallery’s education and community projects.