I don’t know if summer is Kate Middleton’s favorite season, or if lately she’s just wanted to branch out in terms of her ~look~, but whatever the reason, she’s been killing it lately, and I couldn’t be loving her style more. It was mere days ago that she stepped out in the flawless summer outfit recipe of white blouse, tan culottes, and classic white sneakers, and today, it’s Kate Middleton’s braided hairstyle at the Chelsea Flower Show that’s deserving of further praise. Go off, girl.

When I first saw Middleton stroll up to the flower show, I hardly noticed her half-up hairstyle. I personally love when she goes full-on va-va-volume with her signature blowout, so I rarely favor the days when she decides to pull her strands back. That said, after seeing a photo of the back of her head, I’m here to make sure everyone knows how fab it was. Her braided (Or plaited, as they might say in the UK, hehe.) hairstyle wasn’t just sweet, it was surprisingly regal, too — maybe in that it gave me major Game of Thrones vibes?

Like I said, from head-on, the style is pretty, but nothing out of the ordinary for Middleton: 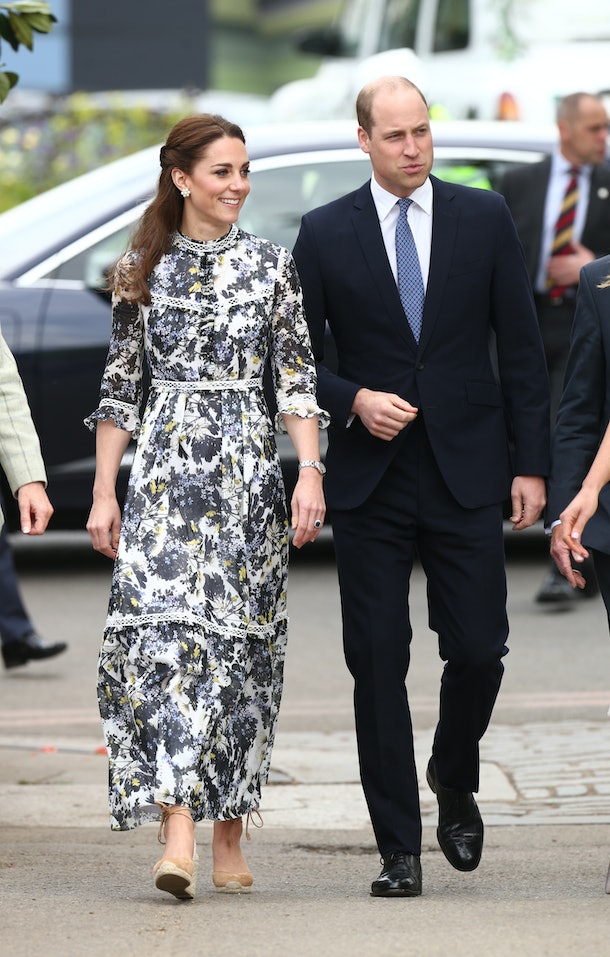 However, a glimpse of the braided strands from the back proved Middleton was serving full-on GOT realness: 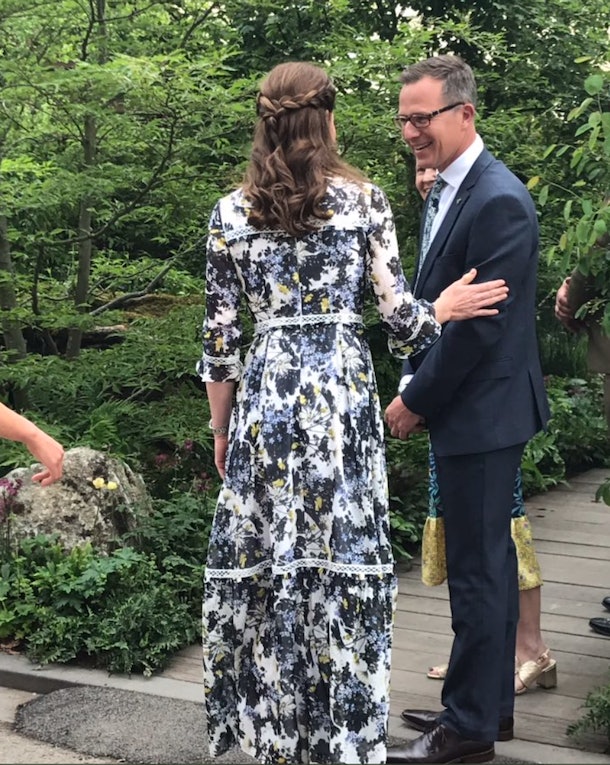 In reality, I wouldn’t say it’s a Khaleesi-level braid, but I’ve definitely seen Sansa rock simple half-up styles that would make her and Middleton look like twins! According to the Evening Standard, the royals love to watch GOT, so maybe the series finale had Middleton feeling inspired?

Like, is this not the same style? Kate, if you’re reading this, dye your hair red, it’s a sign: 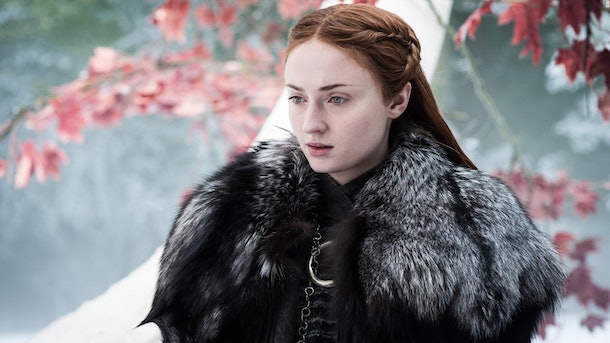 Sansa (Payed by Mrs. Jonas, aka Sophie Turner) is a big fan of the hairstyle, and she dons it every few episodes, at least: 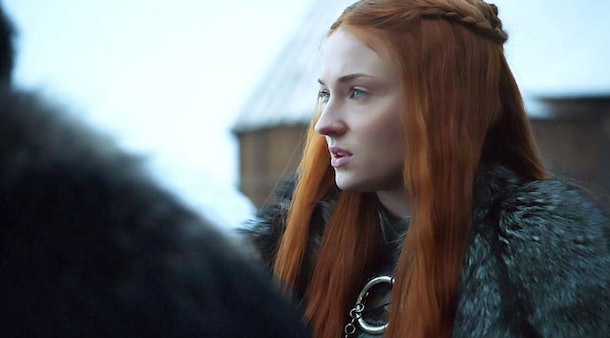 Daenerys Targaryen has been known to sport an elevated version of the look every now and again: 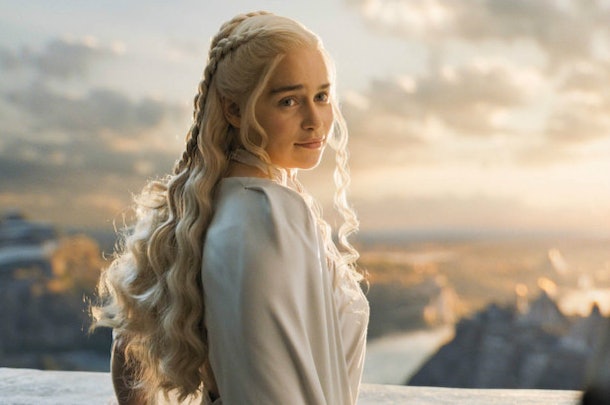 However, her braids are usually far more intricate. Maybe Middleton can copy her for a formal event sometime soon? 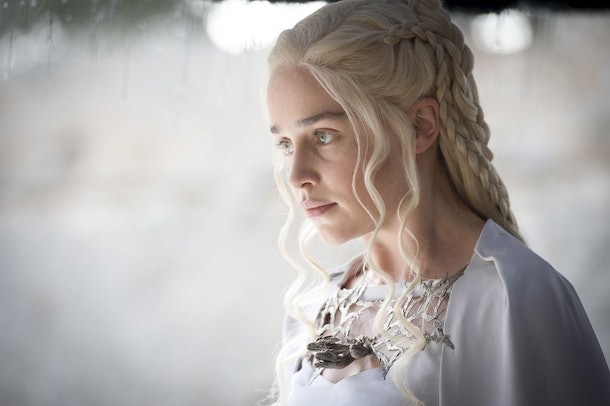 Not joking at all, TBH. I’m a Middleton stan, so don’t come for me when I say this, but Kate could stand to get a little more ~creative~ with her hairstyles. I say this only because of the obvious: She has perfect hair! Like, it’s actual perfection in hair form. It’s healthy, shiny, and thick, and she should really take advantage of it and go off. All hair is gorgeous, but if you gave me three magic genie wishes, my first would be to swap strands with Middleton, that’s all I’m saying.

Still, her understated sense of style usually lends itself to simple updos, like this basic pony: 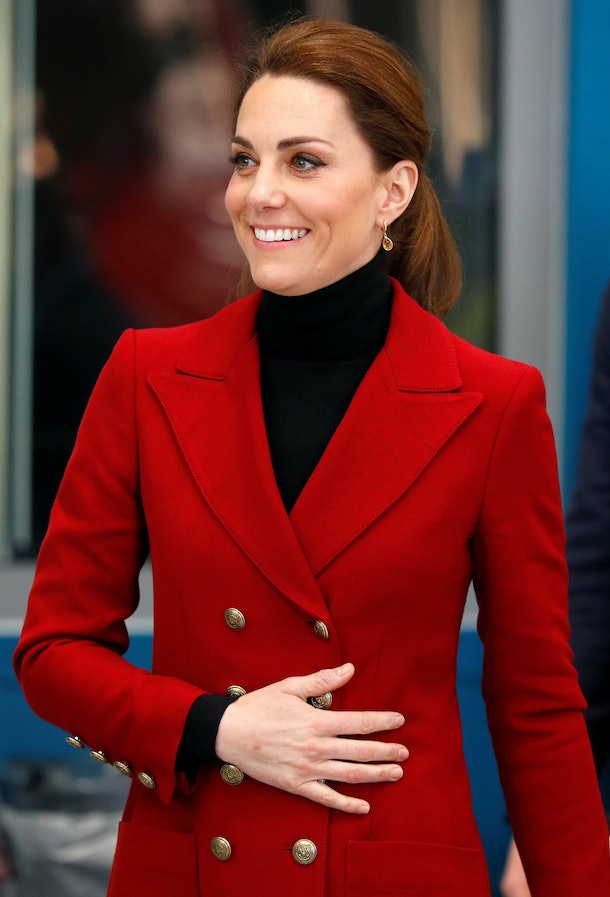 I mean, I get it — why do much with your hair when it looks this fab left alone? 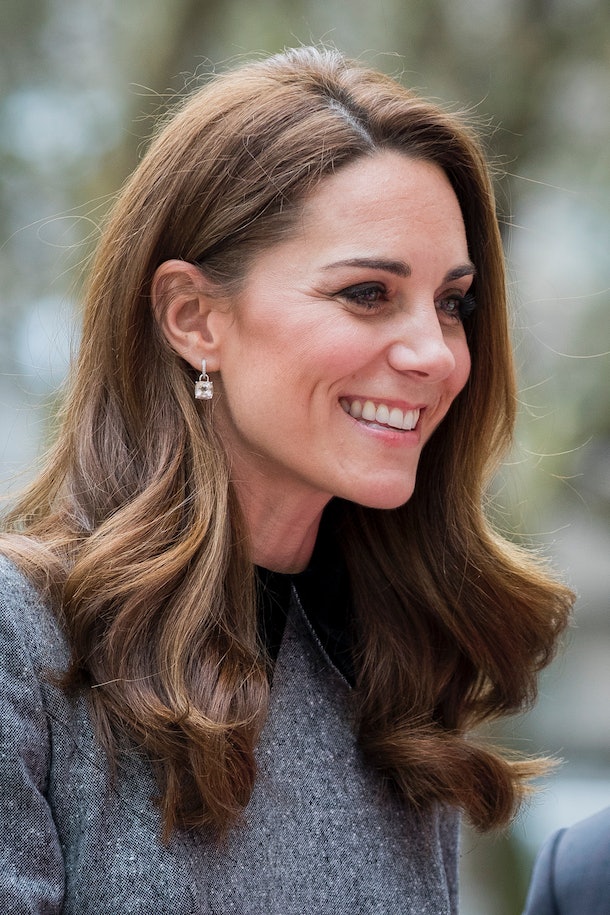 Still, I can’t help but wonder what the Duchess of Cambridge would look like with a head of white-blonde braids, a la Khaleesi. Unlucky for you, I’m not nearly a savvy enough Photoshop master to make this daydream a reality. Here’s hoping Middleton gets the itch to go platinum blonde andn impulse-dyes her hair, as so many celebs before her have done. I know she won’t, because the Queen would be so mad, but based on my imagination alone, I can confirm she’d pull it off.